Rolly Romero says Gervonta ‘Tank’ Davis needs Ryan Garcia as his next opponent to help sell his fight on pay-per-view because he’s incapable of selling his fights because he “has no personality.”

Rolly feels that Ryan is the one in the position of power because Tank is needy and will be up the creek without a paddle unless he has him to peddle a PPV fight in December.

According to Rolly, the only two fighters in the lightweight division that can sell pay-per-view are Ryan and himself.

“He [Gervonta] needs somebody that will sell the damn fight, and that person in that division is either me or Ryan,” said Rolly Romero to Fighthype.

“Tank can’t sell a fight unless there’s somebody over there that can actually sell a fight because he has zero personality.”

Moreover, it’s not going to work if Floyd Mayweather Jr is Tank’s mouthpiece because he has a bad habit of changing the subject, steering to his own career and accomplishments, seemingly forgetting that he was supposed to be talking about Gervonta. Having Floyd do the talking for Tank will be a confusing mess.

“[Tank Davis] needs someone that can sell a damn fight with him if he wants to sell that kind of money,” said Rolly. “The thing is, that means he needs Ryan. The same way he needed me.

Rolly feels that Ryan Garcia holds all the power in negotiations with Tank Davis. He says that Ryan should tell Mayweather Promotions that he’ll only agree to fight at 140, and if they disagree with him, he shouldn’t fight.

If Ryan walks away, Tank will be stuck fighting either the past his best Abner Mares or Isaac Cruz, and neither of those fights will bring in more than a tiny handful of PPV buys on Showtime. 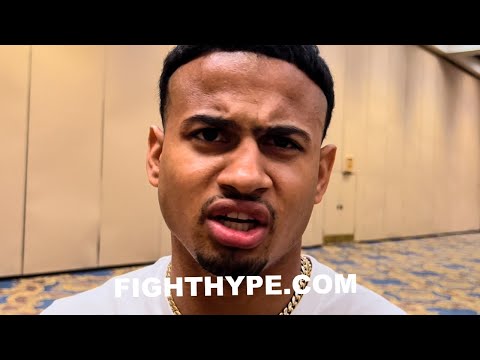