Hatton – Barrera: The main card is set to get underway at 2pm ET / 7pm GMT with the main event ringwalks scheduled for 6pm ET in the U.S., and 11pm GMT in the UK – Sky Sports Arena are covering the event live from 7pm.

When it was first suggested Ricky Hatton may return to the ring, to take part in the ongoing big-name exhibition trend, the biggest question asked was, how much will Hatton weigh for such a bout? Hatton, a man who fluctuated in weight quite alarmingly even when he was in his fighting prime back in the mid-2000s, was cutting a hefty figure in retirement. At one point, an article in The Daily Star has reported, Hatton weighed as much as 214 pounds. 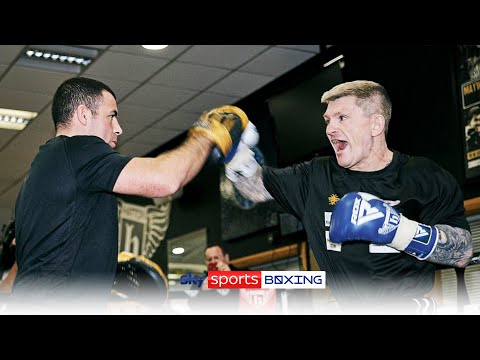 But Hatton, if his exhibition bout with fellow legend Marco Antonio Barrera achieves nothing else, has got himself together. Hatton, 44, and Barrera, 48, will box their exhibition in Manchester on Saturday night and both former champions, good friends as they are, are not attempting to kid anyone – this will not be a hard fight with both men trying to land genuine hurt. Instead, as Barrera said to Sky Sports at today’s open work-out, it will be a fun show.

Hatton, though, did strongly state that the event will not in any way be boring – “no-one will walk away rubbing their eyes,” Hatton insisted at today’s open work-out. And it’s fair to say, both men looked pretty sharp and fit today. Barrera has never allowed himself to get out of shape the way Hatton, plagued by mental health problems, did. Both former champions moved around in the ring, they hit the pads and both guys broke a sweat and worked out hard enough to be out of breath.

If nothing else, Hatton’s renewed fitness will hopefully serve as motivation for any of his fans who have been suffering from a lack of fitness or from mental health issues. This, Ricky says, is what he is hoping his returned fitness will achieve. However, there is already talk of Hatton engaging in further exhibitions, including, perhaps, one with Floyd Mayweather. Mayweather, the current king of the exhibition circuit, of course defeated Hatton by 10th round stoppage back in 2007. 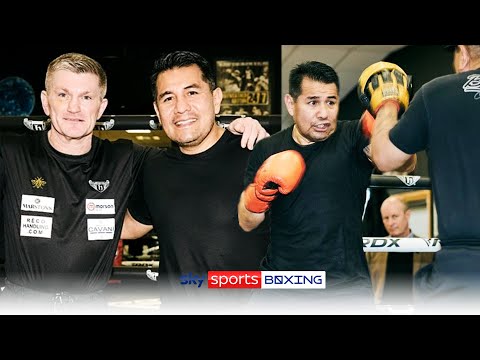 Hatton said today he would “have to look at” an exhibition bout with Mayweather if it was offered to him.

“To share a ring with Floyd Mayweather again would be something else,” Hatton told Sky Sports. “We all know how good a fighter he is as boxing fans, with all the great fights he’s been in.”

Hatton stressed that he wants to get his first exhibition bout out of the way first, and that he is focusing on giving a good show against Barrera. But that there could be more to come in the future. If nothing else, further exhibitions will ensure Hatton maintains his renewed fitness. 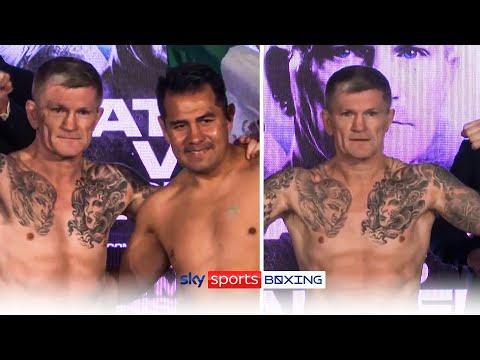