Janibek Alimkhanuly (12-0, 8 KOs) will be making his first defense of his WBO middleweight title against fringe contender Denzel Bentley (17-1, 14 KOs) on November 12th in Las Vegas.

#14 WBO Bentley has cut his work cut out for him taking on the unbeaten Janibek, as he’s now shown anywhere near the type of talent during his five-year professional career to have a shot at winning.

For Top Rank to be reaching as low as the #14 sport for Bentley, it suggests that they had no luck in getting any of the higher ranked contenders to agree to face the talented southpaw Janibek.

Bob Arum last earlier this week that he would like to make a fight between the 2016 Olympian Janibek and IBF/WBA middleweight champion Gennadiy Golovkin.

However, the chances of that fight happening are low because Golovkin is used to making big money, and that wouldn’t be available to him against Janibek.

Last year, Bentley was knocked out in the third round by Felix Cash. It’s unclear why he’s getting a title shot over Cash, as it would make sense for him to get it.

Bentley’s best wins have come against Mark Heffron, Marcus Morrison, and Linus Udofia. Those are domestic-level opposition, and the closest he’s come to fighting world-class fighters was his fight against Cash. That didn’t turn out too well for him.

Janibek was elevated to WBO middleweight champion after the previous champion Demetrius ‘Boo Boo’ Andrade, chose not to fight him. It’s believed that Andrade saw it as a fight not worth the trouble because Janibek would have been a real handful for him.

Obviously, that’s not the ideal way for Janibek to capture a world title, but he’s not going to turn it down.

The interesting fights for Kazakh Janibek won’t happen for him at 160 unless his promoters at Top Rank can convince the management for Jaime Munguia and Jermall Charlo to face him. That’s probably not going to happen because he’s more trouble than he’s worth right now.

With Janibek’s slender frame, he’s in the right place fighting at 160, considering he’s too thin to move up to 168 to take on larger fighters like David Benavidez. 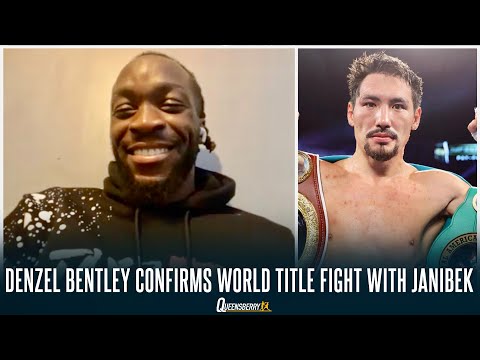