Two great fighters, one of them going for history. Frenetic action, a brutal ending. And controversy. This and a whole lot more is what fight fans got 40 years ago today when Aaron Pryor and Alexis Arguello fought their epic 140 pound battle.

Fighting in Miami, at The Orange Bowl, Pryor of Cincinnati, and Arguello of Nicaragua put it all on the line in daring to be great. For many fans, what followed was THE fight of the 1980s; which is of course saying plenty when we know we got super-fights such as Hagler-Hearns, Leonard-Hearns, Leonard-Hagler and more that decade. 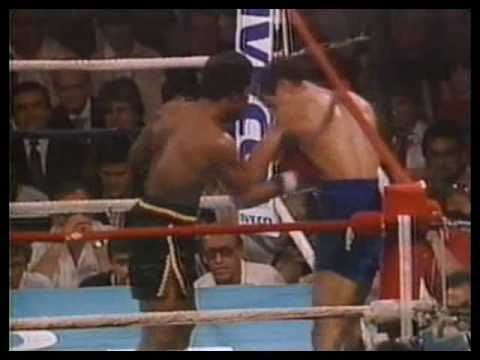 27 year old Pryor, an absolute buzz-saw of a fighter who had energy to burn, his engine capable of driving him on relentlessly, was unbeaten at 31-0 and he was making the sixth defence of the WBA and Ring Magazine light-welterweight titles. Pryor was hungry (see starving) for the kind of mainstream stardom Arguello enjoyed.

Arguello, three years the older man, was 72-5 and he had ruled the world at featherweight, super-featherweight and lightweight. Against Pryor, Arguello was attempting to make history, this by becoming the first boxer to win world titles in four different weight divisions.

Pryor, the rugged, all-action warrior, and Arguello, the classy (in and out of the ring), smooth operator, served up one of the greatest fights in history. Both men came out firing on all cylinders, giving us an opening round that ranks right up there with the torrid Hagler-Hearns round one (which was, at this time, still some two-and-a-half years away). Pryor, setting the pace the way Hagler would in his greatest fight, was met by Arguello, who stood and traded shots with the defending champ. The tone was set – it was all guns blazing and both warriors were keen to slug it out.

The rounds were seemingly flying by and Pryor, with his faster hands, was edging quite a few of them. But Arguello, with his vaunted punching power, was always dangerous. Simply put, nobody could dare take their eyes off the action for even a second. Both men showed an amazing chin, Pryor especially. Eventually, indeed inevitably, with his punch output having long since reached the point of crazy, Pryor at last began to show fatigue, to slow down.

Busted up around the face, “The Hawk” was fighting the hardest fight of his career. But so too was Arguello. The Championship Rounds were super-special. Arguello landed flush shots on Pryor in the 13th, his bombs somehow being taken by the possessed champion. And then came the aforementioned controversy.

Between rounds 13 and 14, Pryor, looking dead-tired, was given a drink from the infamous “black bottle.” Pryor’s trainer, Panama Lewis, was overheard in the corner asking for a specific bottle – “no, not that one, the one I mixed.” What was in the bottle nobody can ever say, but this much is known: Pryor roared out for round 14 with fire and fury. Pryor was devastating in his renewed attack, the champion battering an almost exhausted Arguello around the ring. Then, with Arguello stuck on the ropes, Pryor unleashed hell, this in the form of around 20 unanswered punches.

Arguello refused to fall but he was in bad shape. Eventually, as the third man dived in to stop the fight, Arguello collapsed to the mat, utterly beaten. It was a savage ending to a brutal fight. It’s a shame the controversial element attached to this fight threatened to spoil it a little. In the eyes of some, Pryor’s magnificent win IS tarnished due to the suspicion of cheating on the part of his trainer (also, Pryor did not undertake a post-fight drug test; the fighter and his team stating how no-one had come and asked for a urine sample).

A rematch had to happen and it did. This time, 10 months later, Pryor stopped Arguello in the tenth round. By this time, Panama Lewis had been banned from boxing due to taking the padding out of the gloves of another of his fighters, Luis Resto; this in the Billy Collins fight of June, 1983. For the Arguello return, Pryor was cornered by Emanuel Steward.

Pryor had again proven he was too much for Arguello, with or without Panama Lewis in his corner. Still, the controversy refused to go away. But all these years later, and fight fans everywhere celebrate the classic fight that took place four decades ago. Some things cannot be spoilt, no matter what. 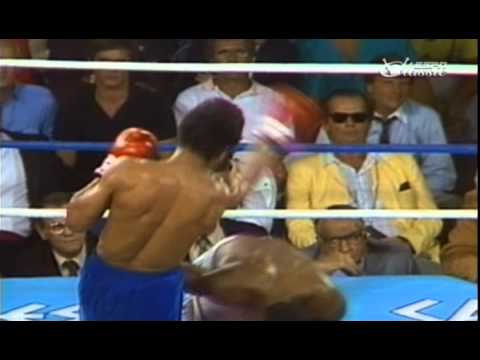