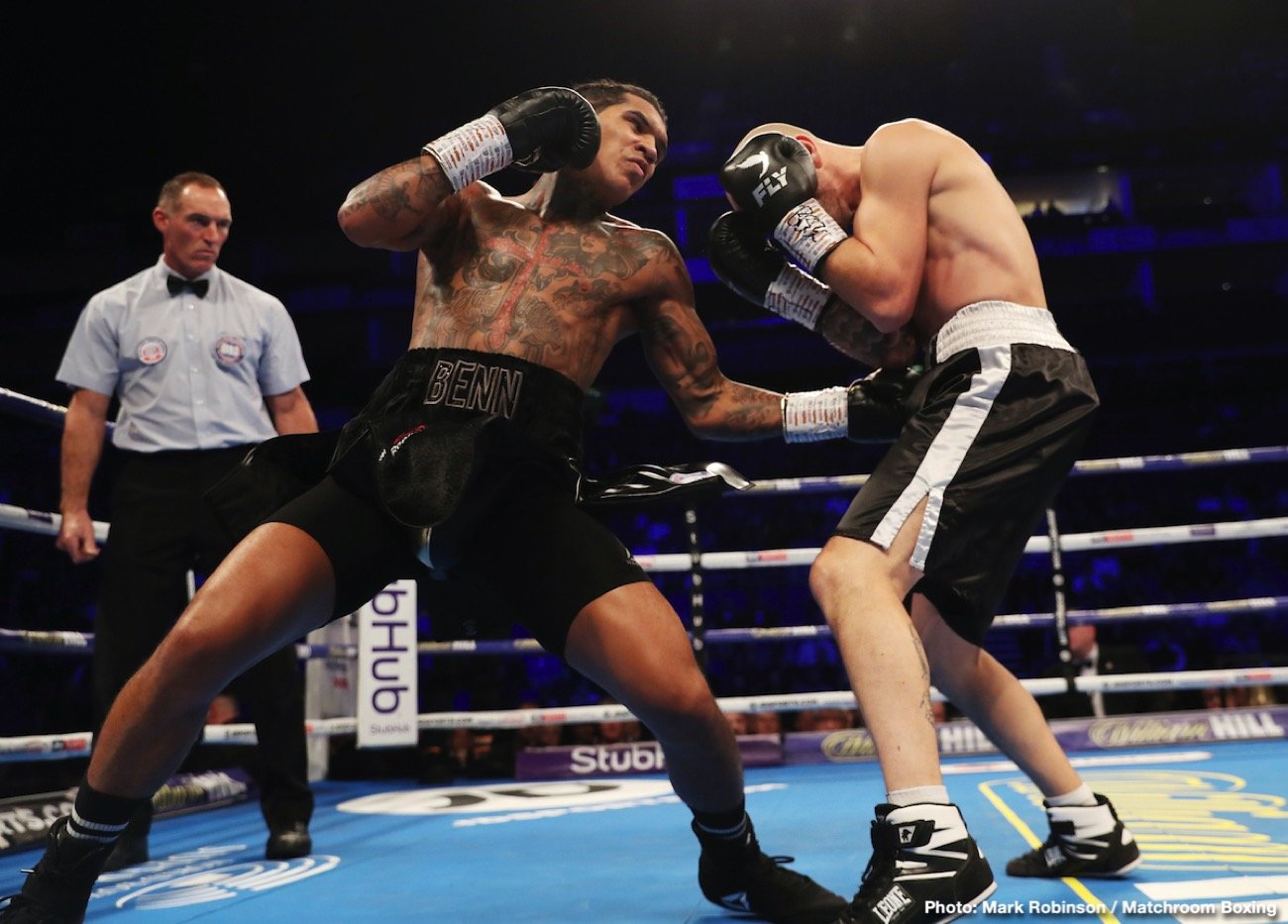 Tonight in London, exciting, unbeaten welterweight prospect/contender Conor Benn got the big O2 show underway with a pretty impressive fourth-round KO over late sub Steve Jamoye. Benn, son of course of British legend and former two-weight champ Nigel Benn, took a couple of rounds to really get going but then cracked the Belgian with his right hand and sent him reeling, forcing the referee to wave the fight off instantly.

Benn, who has worked on not being so reckless, paced himself, having a look at Jamoye in the opening rounds. Still, Jamoye was able to get home with a couple of right hands to the head, Benn’s defence not airtight. But the lack of power the visiting fighter brought (just those 5 KO’s) saw to it that his shots had zero effect on the advancing Benn.

Benn attacked the body yet some of his punches were deemed to have strayed low by the third man in the ring and Benn was warned in the 3rd and was then docked a point in the 4th. Benn was furious, hitting the ropes as Jamoye was given time to recover. Benn then wasted no time going for the finish. Throwing combinations and landing with his hard right hand upstairs in particular, Benn saw his man fall. Jamoye was given some attention in the ring and thankfully he was okay. 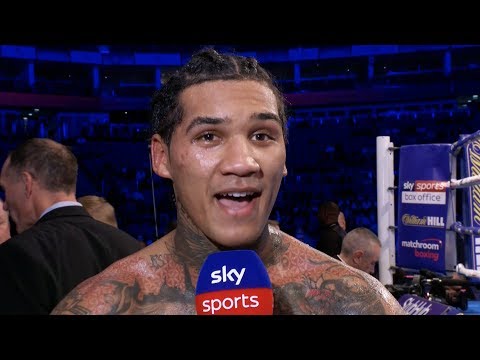 Father Nigel was at ringside and as fans know, the 55 year old great will make his own return to the ring on November 23rd, against Sakio Bika – this after 23 years of inactivity. Conor says he is nervous about his father’s return. All of Britain will be watching, hoping “The Dark Destroyer” comes to no harm in Birmingham next month. But really, Benn should be leaving the fighting to his son. Conor is certainly a talent to keep a firm eye on.