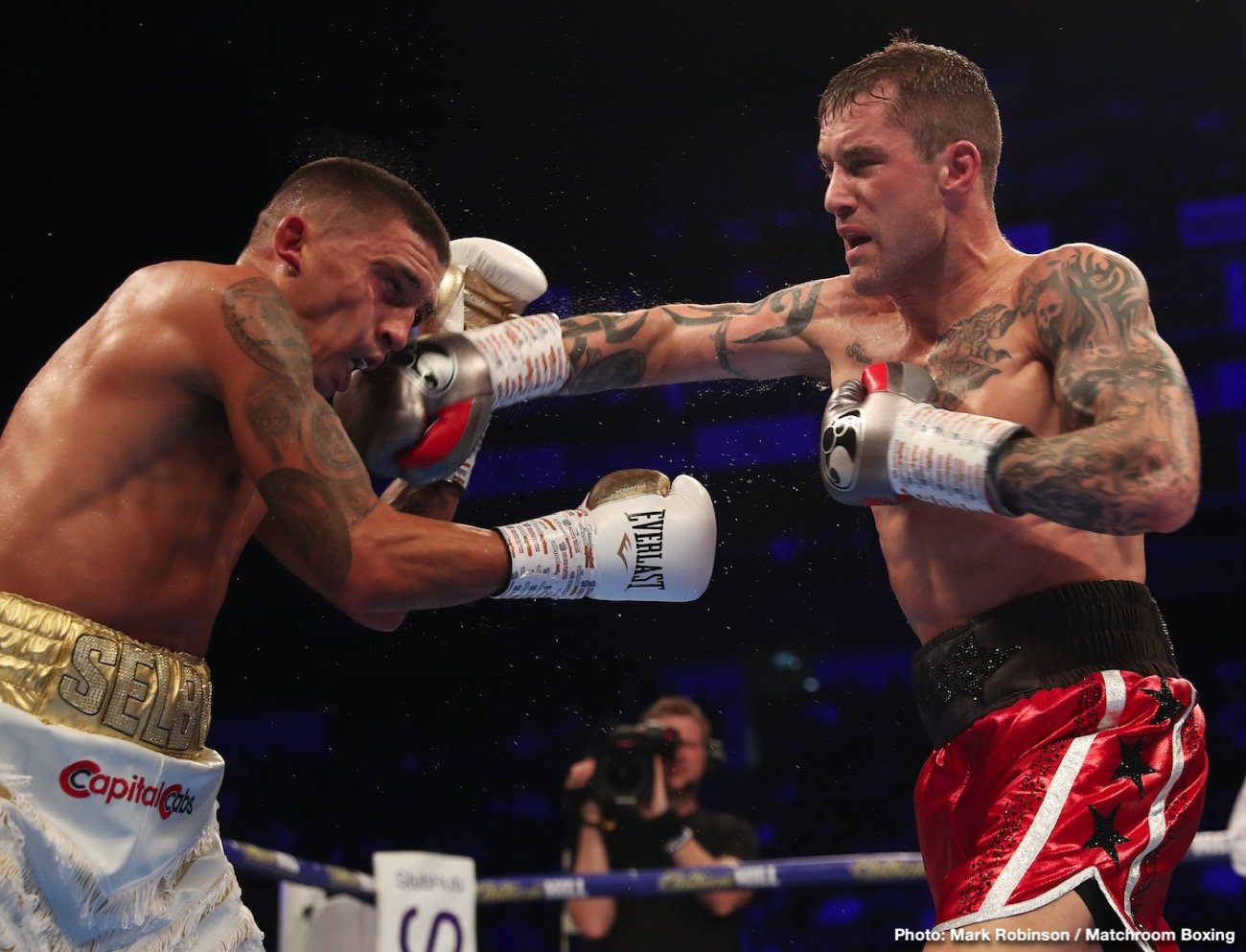 Tonight on the big O2 show in London, former champions Lee Selby and Ricky Burns clashed in a lightweight bout that turned out to be very much a clash of styles. Messy at times, with plenty of holding, holding and hitting and with both men frequently looking at the referee, the fight failed to catch fire.

Selby of Wales, the younger man by four years at age 32, was very much a fleeting target and Burns was the epitome of a frustrated fighter. Burns wanted to land sometning big but try as he did he was largely unable to pin down his hit and move target.

Selby was sharper, and though his approach will no doubt have turned off some fans, it worked. Burns even belted Selby after the bell at the conclusion of the 5th. It was a hard slog for Burns and one could almost see him thinking ‘stand and fight!’

But Selby stuck to his plan and he piled up points (on two of the three cards anyway). Tonight’s fight was no classic and certainly nobody will be in a rush to see it again. Burns of Scotland has had some fine and long career (tonight was actually his O2 debut) but now might be the time for him to call it a day. That said, Burns was not dominated or hurt tonight. But where does he go from here?

Selby, who says he feels so much stronger up at 135, now wants a shot at becoming a two-weight world champ. But based on tonight’s messy and awkward fight, which lightweight ruler will be in a rush to defend against him?