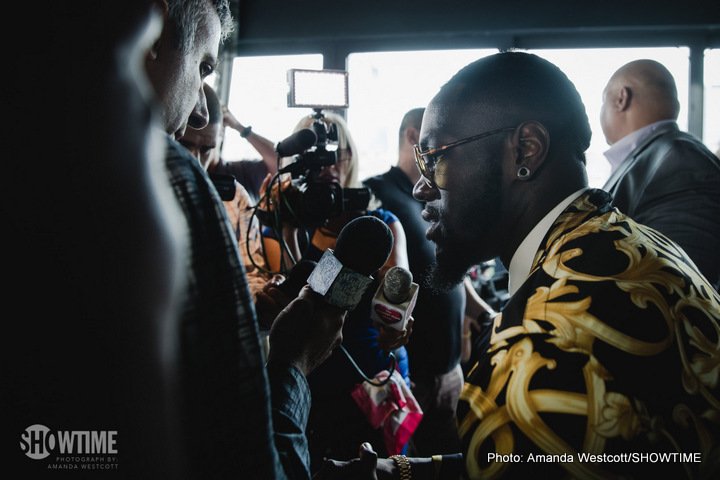 As soon as the news broke regarding how heavyweight contender Luis Ortiz had tested positive for an illegal substance, fight fans everywhere went into a slump, realising Ortiz’ big fight with WBC ruler Deontay Wilder had surely fallen apart.

And though some reports confirmed the worst, that the clash of unbeaten punchers was indeed cancelled, Lou DiBella, promoter of Wilder, informed RingTV.com that this is not the case – it seems the show will go on at the Barclays Centre in New York next month.

“Not cancelled,” DiBella informed Ring on the subject.

But who will Wilder, 38-0 (37) actually face on November 4? Wilder, via social media, has expressed his anger and his disappointment over Ortiz’ actions (Ortiz and his team claim innocence, insisting the Cuban southpaw merely took medication for high blood pressure and that the fight should still go ahead) – but he has declared his willingness to fight Ortiz regardless of the failed test. But will the fight be allowed now?

There is a good card set for November 4, with former welterweight champ Shawn Porter looking forward to fighting contender Adrian Granados, but it’s all about the heavyweight main event. Wilder seems to feel he WILL be fighting as scheduled, but nobody knows for sure who “The Bronze Bomber’s” dance partner will be.

It is to be hoped Wilder does indeed fight, as he has not seen action since back in February. There have been suggestions Wilder might face a replacement foe in the form of a Bermane Stiverne or maybe even a Dillian Whyte. But Wilder’s willingness to still face Ortiz and make him pay for his actions aside, this particular match-up doesn’t seem at all likely now.

As Wilder says though, it’s in the hand of the WBC right now.

However, Brett Yormark who runs The Barclays Centre, told Ring: “We look forward to seeing Deontay in our building on November 4 defending his title. It will be a great night of boxing.”

Go back a few days and everyone was in agreement that it would; with Wilder heading towards the toughest test of his pro career thus far (on paper at least). Now we can only hope to see a great night of boxing in New York on Nov. 4.