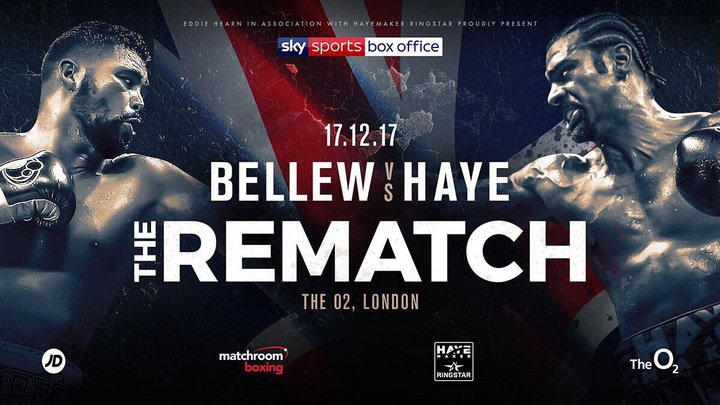 Though the recently announced rematch between Tony Bellew and David Haye – set for London’s O2 on Sunday, December 17 – carries a fair amount of intrigue, it’s fair to say most fans would have been far more interested to see what would have happened had cruiserweight champ Bellew clashed with Andre Ward.

As fans know, Ward recently surprised many by announcing he was retiring from boxing at the age of 33 and with a perfect unbeaten record. Ward’s main reason was that the physical toll boxing had taken on his body was too much and that he had achieved all he’d ever set out to do in boxing. However, according to Bellew, who spoke with Betsafe.com, he and Ward were extremely close to agreeing a fight; only for it to fall through due to Ward’s high demands at the negotiating table.

When this match-up failed to get done Bellew wasted no time in looking any further than towards the Haye rematch, this fight being the biggest available payday open to him.

“We were close to a fight with Andre Ward, the numbers just didn’t stack up and the demands were a bit too much,” Bellew explained. “I have all the respect in the world for Andre Ward. He’s been pound for pound one of the best in the game, so it wasn’t really much an option with what was on the table. In the end I’ll go with what Eddie [Hearn] thinks is the right move and what my team think is the right move and that’s a fight with Hayemaker.”

Bellew said he wasn’t going to wait around for the winner of the Joseph Parker-Hughie Fury fight, even though he had at one time expressed real interest in challenging for a version of the world heavyweight title (and may do again if he can beat Haye a second time).

So instead of Bellew-Ward, we have Bellew-Haye II. Both British stars are talking big, as was the case ahead of the first fight between the two in March – with “Bomber” going so far as to say he will “end Haye’s career” in the rematch. As for Haye, he has gone on record as saying that a KO and nothing less than a KO will satisfy him in December.

Who wins? That’s a tough one, for a few reasons; primarily because we just do not know what condition Haye is in these days. Could he suffer yet another injury during the upcoming fight, or might the nasty Achilles injury he picked up in the March fight happen again?

Tony Bellew is a Betsafe ambassador, for all the odds and betting markets on the Bellew v Haye rematch, please go to: www.betsafe.com