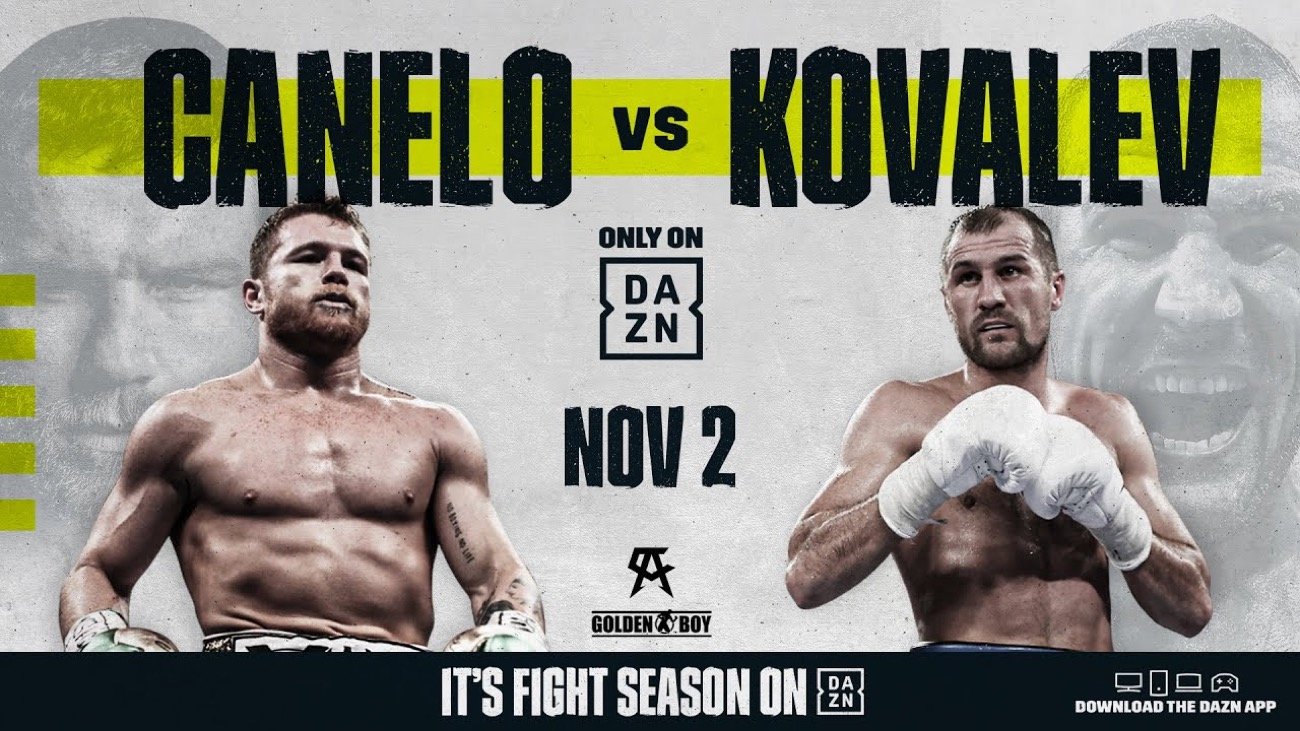 For some time now, certain fans have seen a rivalry between boxing and MMA; and these fans have argued over which is the bigger sport, the tougher sport, the better sport. To this end, folks who enjoy this “rivalry” will be itching to see which massive event wins out in the ratings and live gate war on the night of November 2.

Because on that night two massive cards will go down: Canelo Alvarez challenging light-heavyweight title holder Sergey Kovalev in boxing, and Nate Diaz taking on Jorge Masvidal in UFC 244 in MMA. Canelo-Kovalev will be staged in Las Vegas and will be televised by DAZN, while Diaz-Masvidal will take place in New York (with TV details to be confirmed).

So, two massive events for fans who love a fight, whether it takes place in a ring or inside a cage, with two genuine superstars in action. But which fight, which card (details regarding the supporting bouts to Canelo-Kovalev still to come) will attract the most attention?

Dana White has expressed his dismay and his disbelief that the boxing show will go head-to-head with the UFC event: “I think they’re crazy to go the same night as us on DAZN,” he said, as quoted by MMAfighting. “But if they want to go head-to-head, they’re f*****g nuts,” White added.

Clearly, White feels his show, his card, his event will win the battle. But for fans who enjoy both sports, both disciplines, it is indeed crazy that both main events may well hear the first bell at just about the same time. Surely a compromise could be reached so no-one misses out?

Canelo-KOvalev figures to pull in many millions of viewers on DAZN, as well as a big live audience in Vegas. But the Diaz-Masvidal collision has MMA fans in a lather, and this fight and card also promises to do big, big numbers both on TV and at the gate.

Which big fight will YOU be tuning in to see, or which show will you be buying a ticket to go see on November 2 – one enormous night of fights?