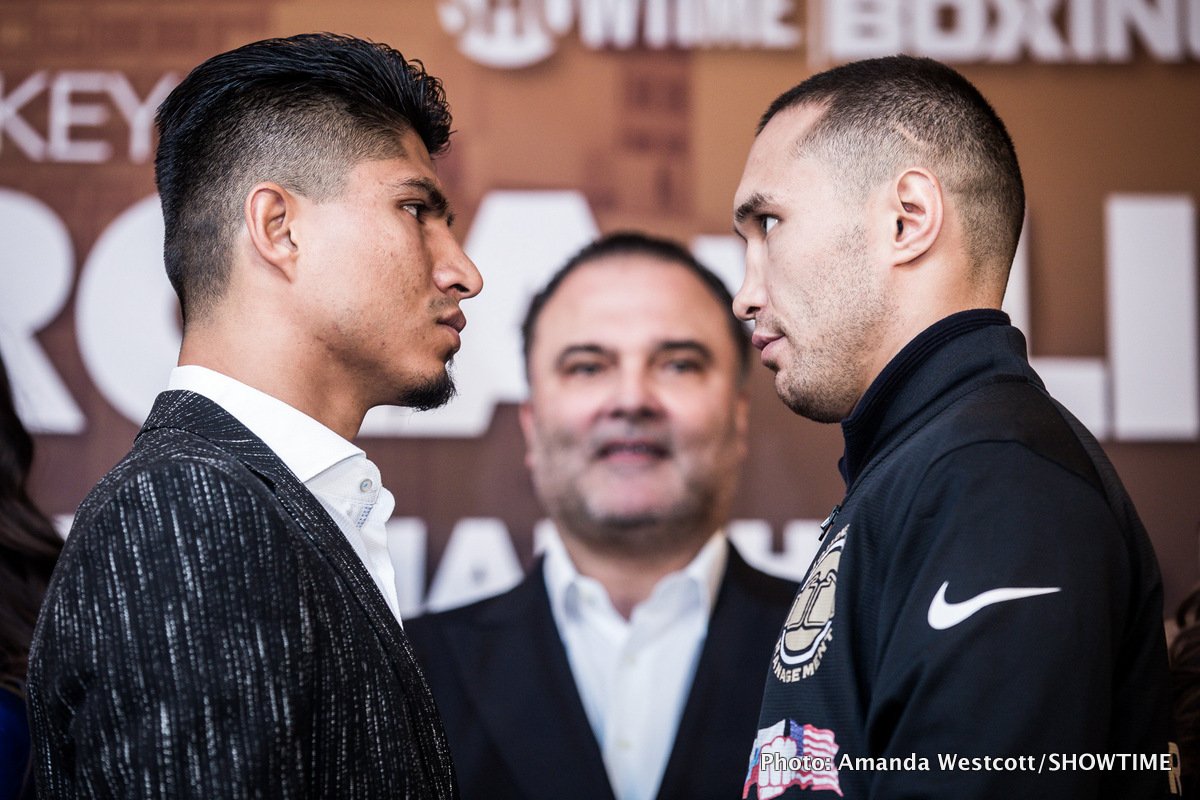 This Saturday night Mikey Garcia challenges Segey Lipinets in effort of becoming a four-weight world champion. The dual-broadcast, spanning 4-fights will be live from the Freeman Coliseum in San Antonio, Texas. The co-feature is a rematch between Rances Barthelemy and Kiryl Relikh, as well as two undercards fights on SHO Extreme. To add to an already busy weekend, on Friday bluechip prospect Regis Prograis vs. Julius Indongo is the main event on a special edition of Showtime boxing. All and all these bouts add to an already impressive run for the network in the last two years, once again proving to the fans Showtime is the #1 network in the sport.

Mikey Garcia strives to achieve to become the third fighter ever to win belts from 126 to 140, something only Manny Pacquiao and Erik Morales have done. A victory over Lipinets is no huge feat rather a feather in the cap. It serves as a talking point for future promotions as well as positioning Garcia well at 140.

Most, if not all media members are siding with Mikey Garcia this Saturday and for good reason. Lipinets is still an unknown for the most part at this stage, having looked somewhat ordinary in his title fight last time out.  Taking nothing away from Lipinets, who is a solid fighter with some skill and can pack a punch. Garcia is on a different level when it relates to overall skill and dominance in the ring. Lipinets only saving grace is Mikey not carrying his power up from 135 to 140. Of course the Broner fight was Garcia’s first fight at a full junior welterweight so there’s a possibility his body adjusts this time.

If for some random machismo reasoning Garcia decided to stand in front of Sergey and bang, we could see an upset or at least a much closer fight then expected. Odds are heavy against that happening, what’s more likely is Garcia’s subtle footwork and accuracy will rule the day. It could take a few rounds to warm up for Garcia but once he’s attuned to Lipinets, its curtains.

Like most of us, I hope Mikey returns to finish off the year at lightweight to see if he can unify the division.

Barthelemy vs. Relikh 2 is a worthy rematch that will serve as an important point in Rances career. In their first meeting, Rances came in a heavy favorite and left overrated. It could’ve been a case of styles making fights that Barthelemy will make good on in his second chance.

The junior welterweight class didn’t seem to fit Barthelemy, a bit surprising considering Rances height and length. Since we’re on that subject, Barthelemy will likely use his outside skills and large reach advantage to keep a proper distance from Relikh.  Rances had some hardcore-variety-hype around him due to his willingness to punch with some authority rather than simple outpointing opponents with a Cuban amateur mentality.

This hack of a scribe’s guess is Rances didn’t take Relikh seriously based off a recent matchup with Ricky Burns. Barthelemy probably was going through training camp sleepwalking at times. His focus was not where it should’ve been, instead mentioning future foes in Adrien Broner and Mikey Garcia.

This rematch will have spots of competitiveness just nowhere near as close as the first one. Barring Relikh for some reason having Rances number, the Cuban should win clean the second go round.

The night before Garcia versus Lipinets, Prograis vs. Indongo tops the bill on Showtime. Regis Prograis looks the part as a real-deal, upcoming talent at the 140-division. Julius Indongo wants to prove his loss to Terence Crawford is in the rear view.

Indongo brings championship experience and a lengthy jab that will trouble Prograis if he’s solely aiming for a knockout. Regis is very capable of setting traps and definitely has counter punching ability. But the young man from New Orleans, Louisiana, is on a mission to make a big statement.

In the past, quite a number of hot-shot talents have come through the boxing landscape talking a big game but not backing it up under the bright lights. The outcome will be decided on whatever Prograis’s main object is, head hunting or fighting smart.

This fight for Indongo is about respect and how Julius doesn’t want to be remembered as a one-hit wonder, flash in the pan. The last year and change has been a whirlwind of achievements and lows for Indongo. A virtual unknown scored a shocking 1st-round knockout, than backs that up with a whitewash over the faded, yet respectable Ricky Burns. Only to be knocked off the pedestal via early stoppage by pound for pounder Terrence Crawford.

This will be a competitive bout with spots of sloppiness fought at a medium pace. But make sure to stay attentive because when Prograis attacks it will cause an explosion. Regis could land a flush shot timed perfectly. He could also be greedy and get caught throwing a lead home-run punch. No matter the outcome this opponent serves as a great measuring stick so let’s see were Prograis rates on this level.

My Official Prediction is Regis Prograis by Unanimous Decision.

Side Note: Keep your eyes peeled for the Saturday night Showtime Extreme broadcast before the main card. I’m very interested to see how Richard Cooley vs. Alejandro Luna plays out.