Jaron ‘Boots’ Ennis will be taking a big step up in class in taking on former light welterweight world champion Sergey Lipinets next May on Showtime Boxing.

The unbeaten 147-pound contender Ennis (26-0, 24 KOs) is getting a chance to show that he belongs at the top either the other welterweights in the division.… read full article “Jaron Ennis vs. Sergey Lipinets agreed for May on Showtime” 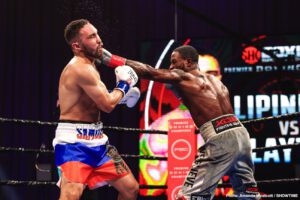 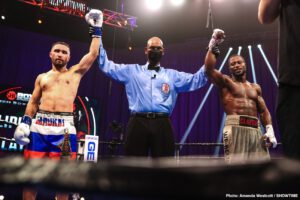 When writing articles meant to predict the outcome of upcoming fights, I try to be as objective as possible when examining match-ups. I take into the account the various attributes of each boxer, their respective fighting styles, and then make my prediction of how the fight will unfold based on my impression of how the two boxers compare to one another.… read full article “Showtime Triple Header Preview: A Clear View Through Rose Colored Glasses” 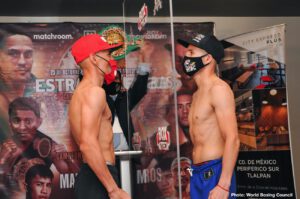 The most interesting fight of the weekend for this boxing addict is the rematch between Juan Francisco Estrada and Carlos Cuadras this Friday night on DAZN. Of course the return of many hardcore fans idol Roman Gonzalez is always something to look forward to.… read full article “Estrada/Cuadras 2, Chocolatito & Showtime Tripleheader Highlights Weekend” 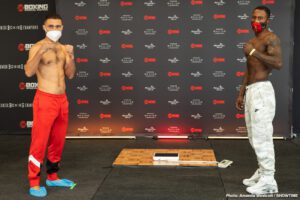 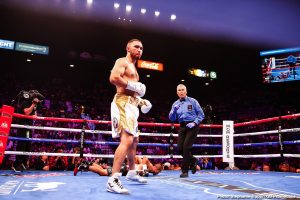 Even with a change in date and then opponent, former world champion Sergey Lipinets remains supremely confident in his training camp and overall preparations as he prepares to take on unbeaten Custio Clayton for the Interim IBF Welterweight Title live on SHOWTIME this Saturday, October 24 (9 p.m.… read full article “Sergey Lipinets: “We Never Missed A Beat In Preparation, Even With Opponent Change”” 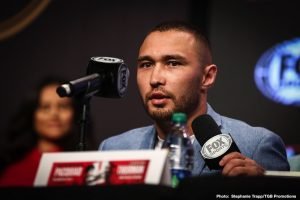 Former world champion Sergey Lipinets has not let anything, be it the pandemic or a change in fight date, distract him from preparations for his battle against unbeaten Kudratillo Abdukakhorov, as they fight for interim IBF Welterweight Title headlining action live on SHOWTIME Saturday, October 24 (9 p.m.… read full article “Lipinets vs Abdukakhorov: Lipinets training camp quotes” 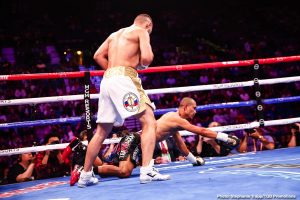 Former world champion Sergey Lipinets (16-1, 12 KOs) scored a highlight-reel knockout against Jayar Inson (18-3, 12 KOs) in the second round of their welterweight matchup.

Lipinets was originally scheduled to fight John Molina Jr., before Molina pulled out of the fight Friday morning due to a back injury.… read full article “RESULTS: Sergey Lipinets Stops Inson in Two Rounds, Luis Nery Knocks Out Payano”