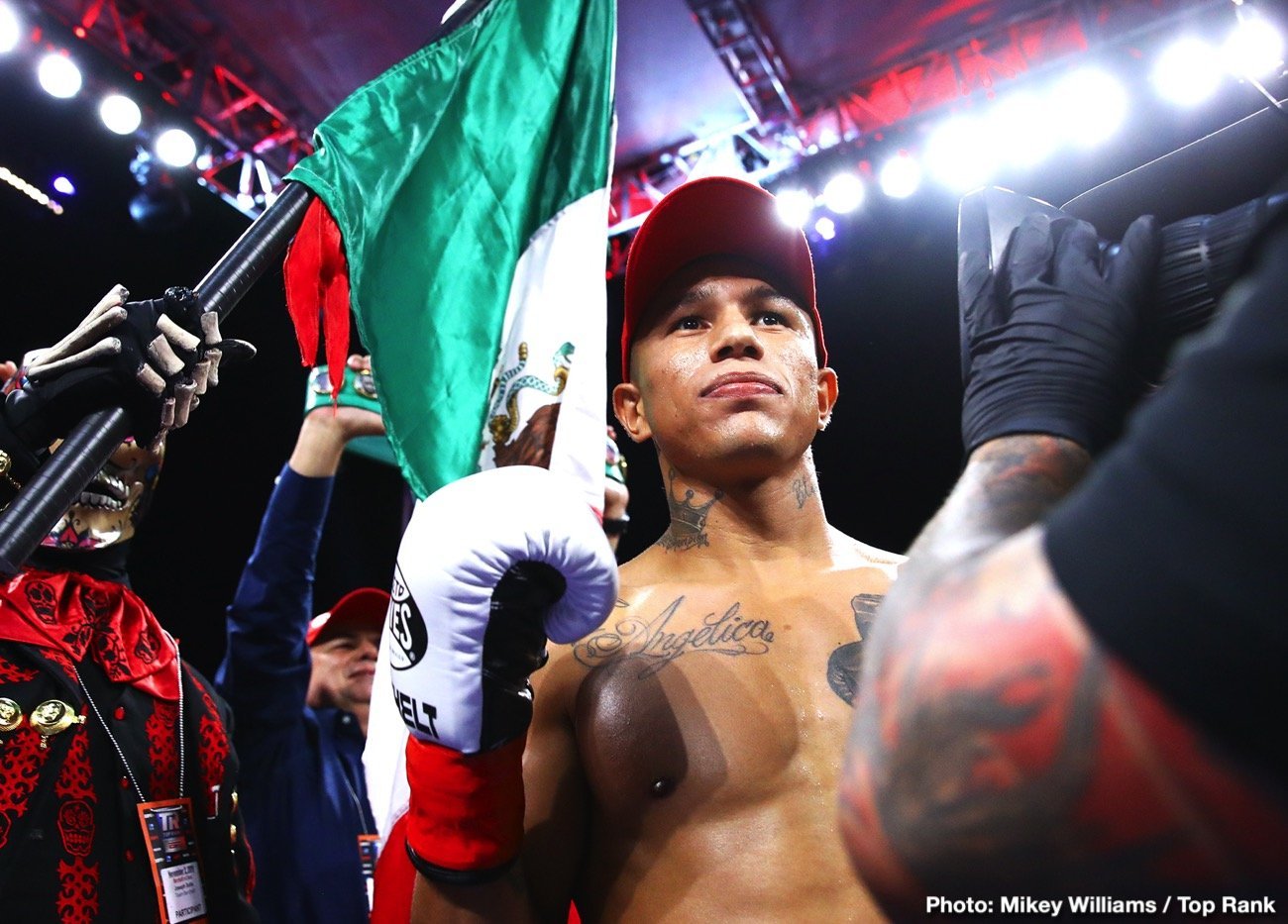 These are just some of the incredibly fierce, hugely thrilling, and attention-demanding all-Mexican rivalries that have gone down over the years, each of them helping to make the great sport of boxing that much greater. This Saturday night in Las Vegas, we could see the start of the next great Mexican rivalry. Super-featherweight champ Miguel Berchelt will face countryman Oscar Valdez in a fight that fans have been looking forward to, and have been made to wait for, for some time. The coronavirus forced the fight to be postponed last year but now at last, the fight is upon us.

And everyone’s expectations are incredibly high. But, as Berchelt said when speaking with RingTV.com, these expectations are likely to be met, as “Everybody knows that when there are two Mexicans in the ring a war is guaranteed.”

Exactly. There is seemingly no way Saturday’s fight – one that Berchelt says he has wanted ever since he and Valdez were amateurs – will be anything other than a stupendous war. Perhaps a war that is so great, so close and so utterly thrilling, it will lead to a rematch, and then perhaps a third fight. Okay, let’s not get too carried away. Still, the temptation to suggest Berchelt and Valdez might engage in a series of fights that will one day be ranked right alongside the classics listed above (and any other all-Mexican battles you can think) is a strong one.

29-year-old Berchelt, 37-1(33) has given us some astonishing action before (see his sizzling shootouts with Francisco Vargas and Miguel Roman), while 30-year-old Valdez, 28-0(22) has done likewise (see his battles with Scott Quigg and Miguel Marriaga). Together, the defending WBC 130 pound champ and the former WBO 126 pound ruler will perhaps give us something to top even those superb fights.

Berchelt is convinced he is the best 130 pounder in the world, Valdez feels differently. There is no bad blood between the two men, only mutual respect and even genuine friendship. Yet as Berchelt said to RingTV.com, “During the 36 minutes of the fight, he will be the guy who wants my belt and [wants to] ruin my future. I won’t allow that.”

Whether the fight lasts all 36 minutes or ends via violent KO far sooner than that, we WILL get a great fight on Saturday Brace yourself for the first epic war of 2021.