An interesting heavyweight co-feature has been added to the November 21 card topped by the fascinating return clash between heavyweight contenders Alexander Povetkin and Dillian Whyte. Martin Bakole, 15-1(12), will face Sergey Kuzmin, 15-1(11), in a fight that should have happened back in August. As was the case in the summer, fans will be expecting a good fight here.

Both men are very evenly matched, as their respective pro ledgers show. 27-year-old Bakole, beaten only by Michael Hunter (who put on a superb performance back in October of 2018, his stoppage win a notice to the heavyweight division), is a solid, heavy-handed fighter who wants to face the best.

The man from the Democratic Republic of the Congo, now based in Scotland, hopes to get the Povetkin-Whyte rematch winner, or failing that, the Daniel Dubois-Joe Joyce winner.

But Bakole has to get past Russia’s Kuzmin first. 33 year old Kuzmin has also been in with the aforementioned Hunter, dropping a decision in his last ring appearance, this back in September of last year. Kuzmin, though, has never been stopped. 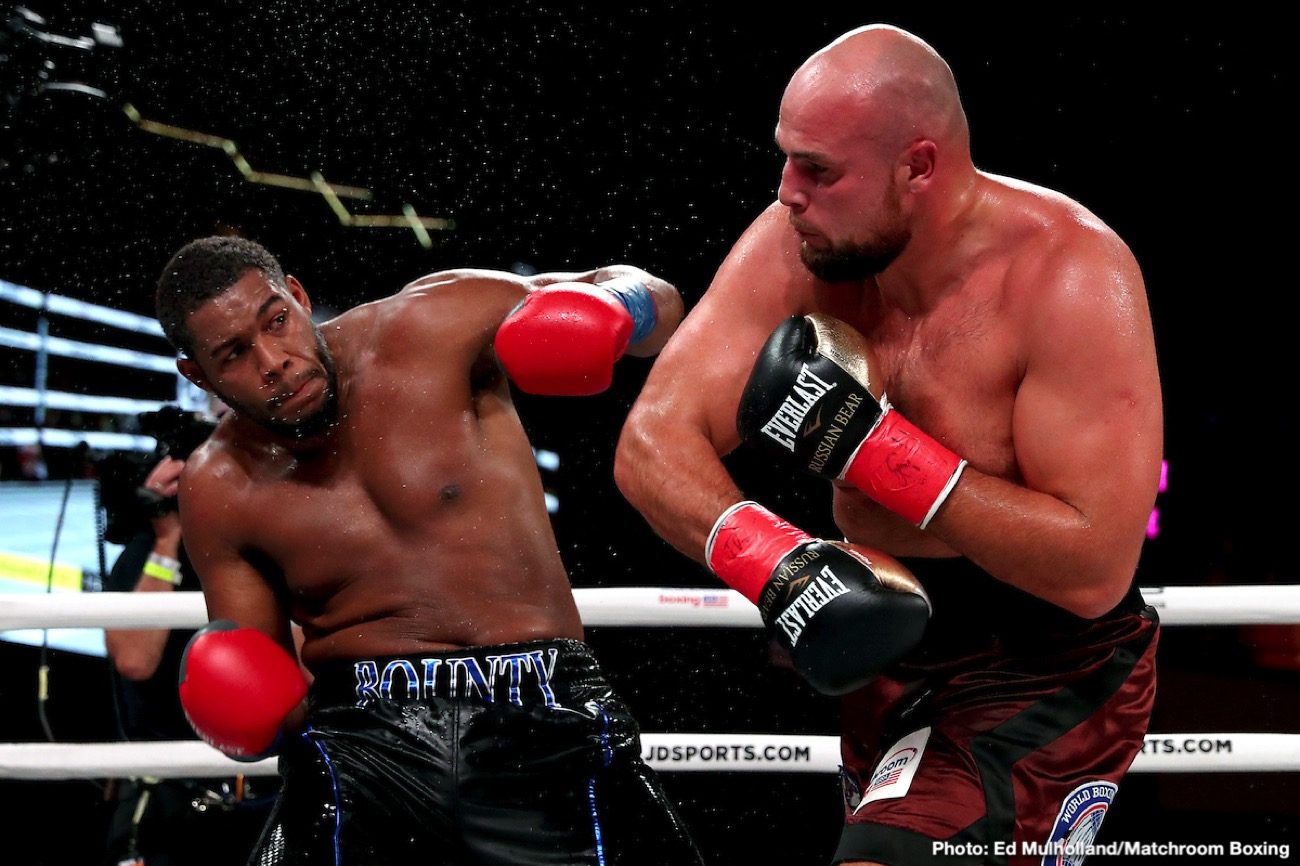 Like Bakole, who has not fought in a year, Kuzmin will be dealing with rust on November 21. But the Russian, who has boxed in the UK before (beating David Price at Wembley a couple of years ago), will be coming to win.

A pick ’em fight, or at least close to it, this one could indeed go either way. Bakole may have the edge in raw power, Kuzmin in speed and agility. Kuzmin had a fine amateur career, winning gold at super-heavyweight at the European Championships in 2010. Bakole had just 17 bouts at amateur level. Both guys have skills.

A distance fight looks a good bet here. But who will get the points win? I lean towards Bakole, but only just. And as we all know only too well, anything can happen when the heavyweights get it on. November 21 could turn out to be quite a big night. Anything could happen when Povetkin and Whyte rumble again, and the chief support also figures to be an entertaining affair. Will YOU be buying this card?