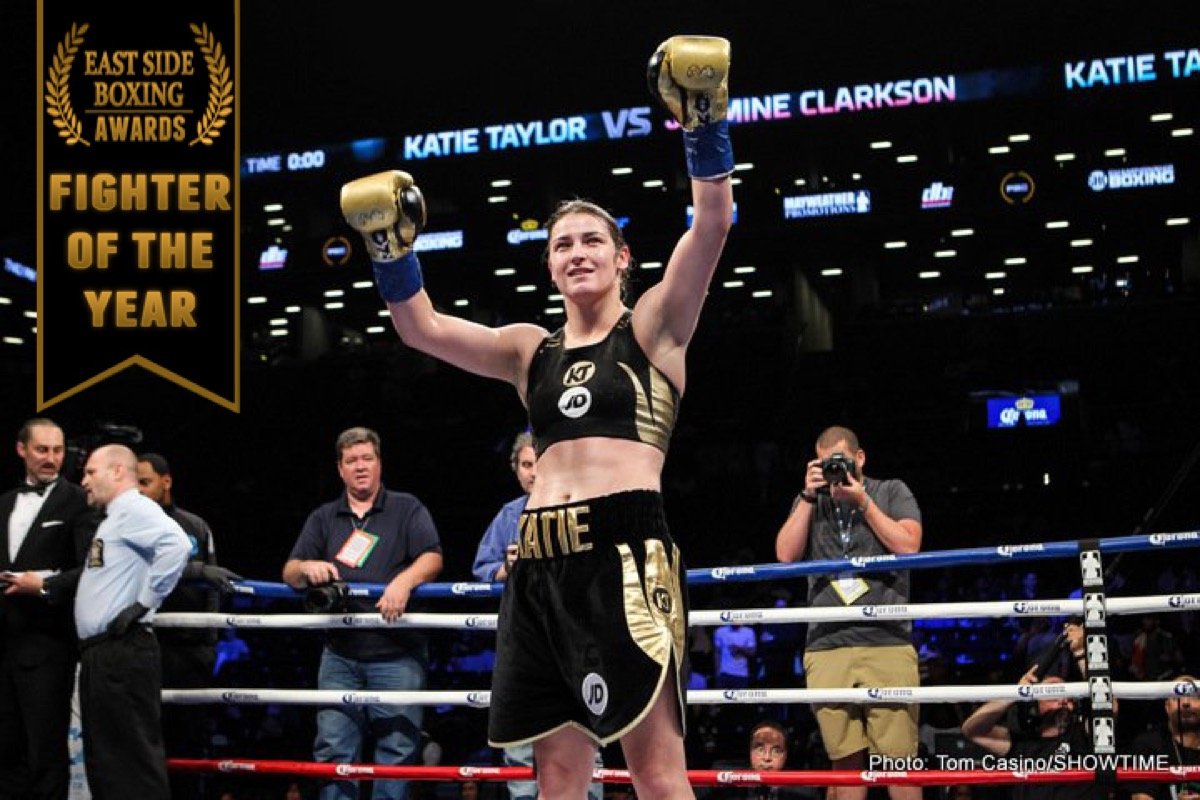 World Lightweight Champion Katie Taylor was our pick for ‘East Side Boxing’ 2018 FEMALE FIGHTER OF THE YEAR.

By Paul R Jones – EAST SIDE BOXING Writer and Photographer

Today, we announce our second award winner of 2018*:

Although cogent cases can be made for Cecilia Brækhus (35-0, 9 KOs) and Claressa Shields (8-0, 2 KOs), undefeated and unified WBA and IBF World Lightweight Champion Katie Taylor (12-0, 5 KOs) is our pick for 2018 FEMALE Fighter of the Year.

For starters, Taylor—who captured her first world title in just her seventh pro fight—was an active champion in 2018, fighting nearly every 3-to-4 months and defending her world titles multiple times throughout the year.

The combined record of Taylor’s opponents going into their fights with the Ireland native: a robust 80-12-6.

More important, Taylor fought with power and precision, grounded in sound fundamentals.  And neither the magnitude of the moment, nor the size of stage—whether Madison Square Garden, the Barclays Center, or a jam-packed O2 Arena—ever seemed to faze her. 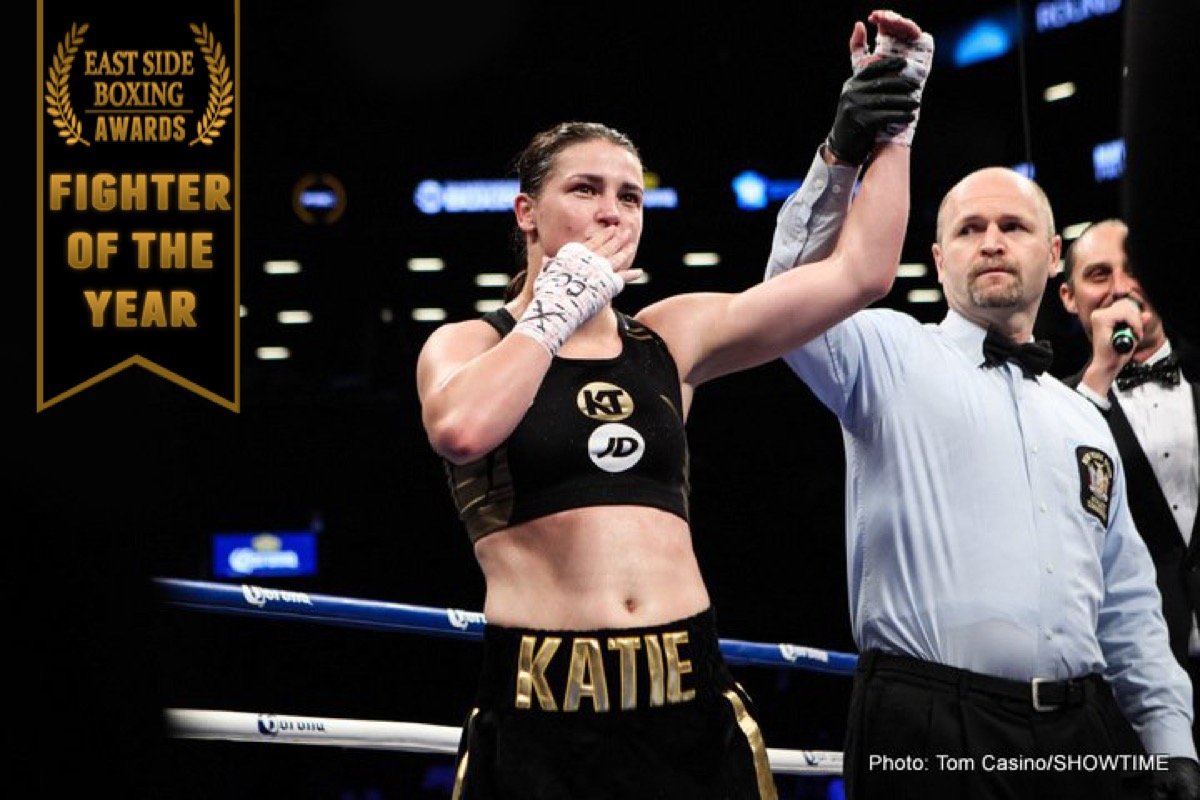 In fact, Taylor didn’t appear to feel pressure, she applied it: dominating fellow undefeated fighters with clinical precision and giving fits to women who lacked her pedigree.

It was as if Taylor was on level 5 of a retro video game, and her opponents were still “loading.”

And boxing pundits and fans started to take notice.

“. . . (Katie Taylor)! We are neck to neck [sic]!, Even though I say I’m the GWOAT that is manifestation for the future! All the respect in the world to Katie, she’s dope!”

Taken together, Taylor’s activity level, accomplishments, strength of opposition, and sheer dominance tipped the scales in her favor as our consensus pick for the best female fighter of 2018.<

Did we get it right? Email us with your comments and we’ll include the best ones in a future mailbag.

Also be sure to visit Eastsideboxing during the final weeks of December, when we’ll unveil more of our award winners, followed by a complete list of winners, runners-up, and honorable mentions for 2018.

*Editor’s Note: This selection was made by Paul R. Jones and Justin Jones on behalf of East Side Boxing

Paul R. Jones is a boxing writer and ringside photographer for EAST SIDE BOXING. He joined ESB in 2011. A scientist by day and boxing writer by night, he covers the humorous, offbeat, and absurd from the sport of boxing. Paul’s articles have appeared in PEDIATRICS, Race and Social Problems, and Motivation and Emotion, and he’s covered boxing for BOXINGINSIDER, TheFightJournal, BOXINGNEWS24, and WRAPSONTV.