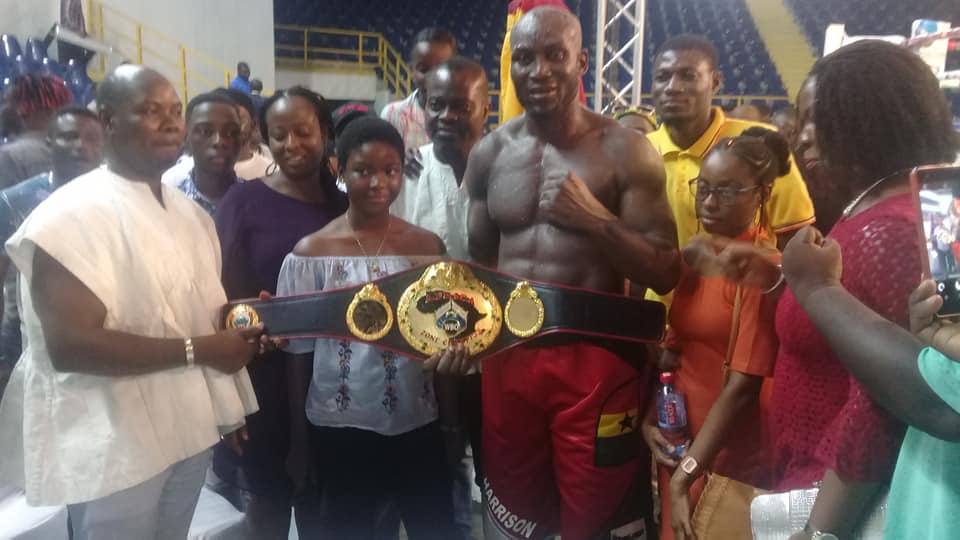 Two of Ghana’s biggest hopes of world championship success, Patrick ‘Darling Boy Arrow’ Allotey and Richard Harrison Lartey, the self proclaimed ‘Son of Eagle’ both successfully defended their WBO Africa titles in Accra on Cabic Promotions’ Big Fight Night 2 Monday night to retain their perfect standings for the year and maintain their push for global recognition.

Allotey improved to 40-3, 30 KOs after putting up a very tactical display to see off an otherwise tough challenge of Congo DR foe, Sherif Kasongo (falls to 12-4, 6 KOs), the three ringside judges scoring it 120-108, 118-108, 119-109 to hand a landslide victory to the Ghanaian who retains his title and looks ahead to moving up in the world ratings when the WBO next release their global rankings.

“First of all let me give thanks to Cabic Promotions who have shown tremendous support since day one and I’m very excited to have won this fight this evening against a very good opponent. I assure everyone that I’ll definitely chase the world title and give it my best shot at winning it for everybody next year,” Allotey told this writer post-fight.

Also victorious on Monday night was Lartey, whose opponent, Morris Okola retired at the end of of round 9, failing to answer the bell for the 10th stanza of their 12-rounder in the Ghana capital to hand the world title chasing Ghanaian a first successful defence of the WBO Africa heavyweight belt he won in August with an even more impressive round 2 KO of Boniface Kabore of neighbouring Burkina Faso at the same Bukom Boxing Arena.

“Well I told you all I was going to batter Okola and here you got it, he fell short in the end. This was a good challenge and I respect him because he gave me a good test which I appreciate but I’m sending a warning out there to Anthony Joshua, Dillian Whyte and Joseph Parker, they are the guys I want because I am coming for the world title,” Lartey told the crowd in Accra after his victory. 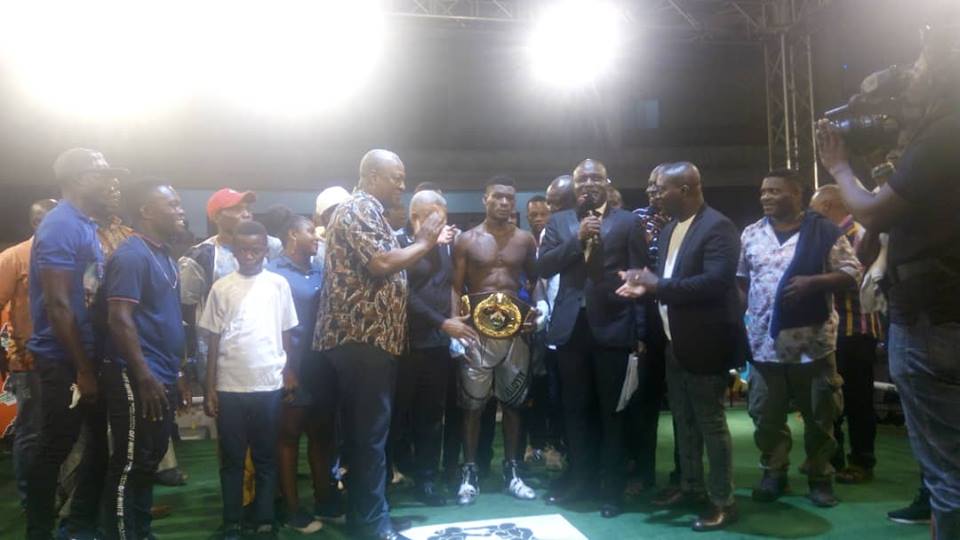 In other fights on an excellent night of boxing at the Bukom Boxing Arena, Emmanuel Quaye, the third boxer on the card of the Cabic Promotions and Management stable suffered a first career defeat, falling to Daniel Aduku in an attempt to claim the Ghana middleweight title whilst Victor Kuwornu was also a victor over Charles Amarteifio in their super featherweight contest.

Solomon Martey knocked out David Kotey in their featherweight clash, Michael Tagoe stopped his namesake, Amartey at bantamweight, Emmauel Quartey AKA Akufo Addo won his first fight at featherweight on unanimous points over Samuel Akrogo whilst UK based German boxer of Liberian descent, Freddy Kiwitt scored an impressive round 3 technical knockout of Ghana’s Frank Dodzi who endured so much punishment his corner were forced to throw in the towel to bring proceedings to an abrupt end barely a third into their international super welterweight scheduled 8-rounder.