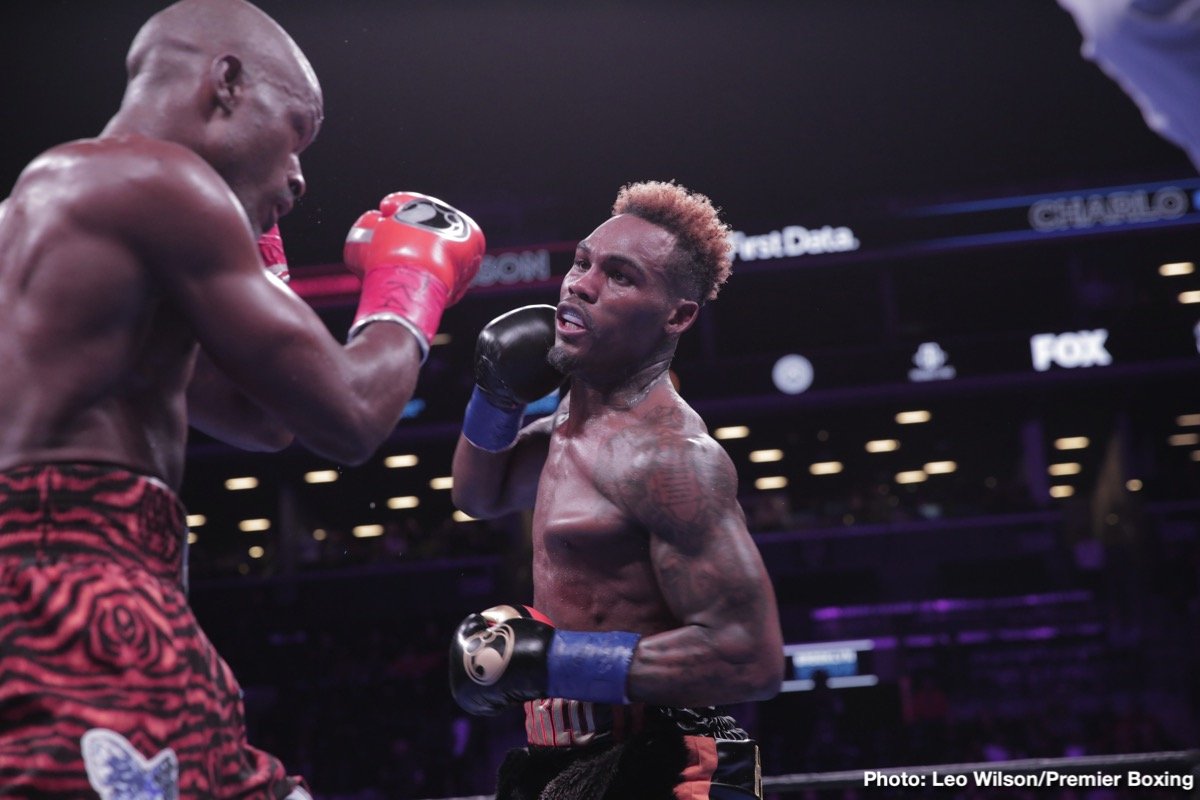 Miami, Fl – This past Saturday night the world of boxing watched closely as two of its most prized possessions took center stage. At stake was an opportunity to etch their names in the list of this era’s great contenders, while permanently removing it from the highly criticized list of notable pretenders. Leading into their respective matchups we heard a lot of rhetoric surrounding the spectacle, as fans on both sides of the topic made their thoughts known.

While some believe the two brothers, Jermall and Jermell, are destined for the top, there’s another contingent that feel neither have the goods to reach that ultimate pantheon of greatness in a very unforgiving sport. Last Saturday night’s performances certainly didn’t help, as the veil of invincibility once perceived was forever removed. Replaced instead with questions for the future, and perhaps a different perspective on results of the past.

A glance over the resumes of Jermall (28-0, 21KO’s) and Jermell (31-1, 15KO’s) gives way to a growing sentiment that neither have been groomed along in a way that can be perceived as beneficial. At age 28 with approximately 30 pro fights a piece, both have victories over competition that’s “good”. Neither have victories over competition that’s “great”.

In the case of Jermall, a recent victory over Korobov was perhaps his grandest feather-in-the-cap. Aside from Julian Williams, the best and biggest names on his resume all fall considerably short (at this stage in their respective careers) of the litmus test required to prove greatness or the potential thereof. In the case of Jermell, the resume beckons even more questions.

Austin Trout was well beyond his better days. Erickson Lubin? A solid power puncher with few other bullets in the chamber to support his great inexperience and limited defense. Vanes Martirosyan was a strong contender in name value, but the kudo’s stop there. The brash personalities and in-your-face antics are great for creating buzz and making a name for ones self. Sadly, in a gladiator sport like Boxing, it simply takes far more. In many cases, that “far more” equates to a level most simply don’t have to give.

Both have incredible heart and an undying passion to reach the top. Sadly, a penchant to hunt for the big shot, combined with a grave inability to avoid one may be their ultimate undoing. Jermall is better suited for the ‘seek-and-destroy’ mission, as his temperament seems totally content with the risk of going out on his shield if the flipside means a stunning stoppage in the end. Jermell is a more emotional executor. A tad less durable, and a bit less capable of sticking to his teams gameplan.

The upside is that both men have the type of drive that creates greatness, and the type of pride that maintains it. An honest angle on Jermall’s tough night at the office probably had more to do with the a late sub, coming in the form of a very talented, taller opponent with far more ability (and power) than the man he trained for.

In the case of Jermell, although the decision was controversial, his biggest issue will require more work. The undeniable fact which changed the dynamic of Jermell’s fight was the fact that he took what Harrison gave him. In contrast, Harrison took what he wanted! Jermell showed a very poor ability to adjust, and it hurt him in the eyes of the judges who all felt – some to an exaggerated degree – that Harrison stuck to his gameplan and controlled the action, regardless of what he was faced with.

Whether it’s communication from the trainer, ability to execute that communication, or simply an inability to perform when the lights get bright; what’s clear is that Jermell needs to soul search and focus. The only guarantee is that both Charlo boys will give it their all. What no one can guarantee is how far their “all” can take them. 2019 will give us a better glimpse. For now, there are no answers for the present, and no regrets from the past. Just a growing roster of competition eager to get the same place. May the best men win!