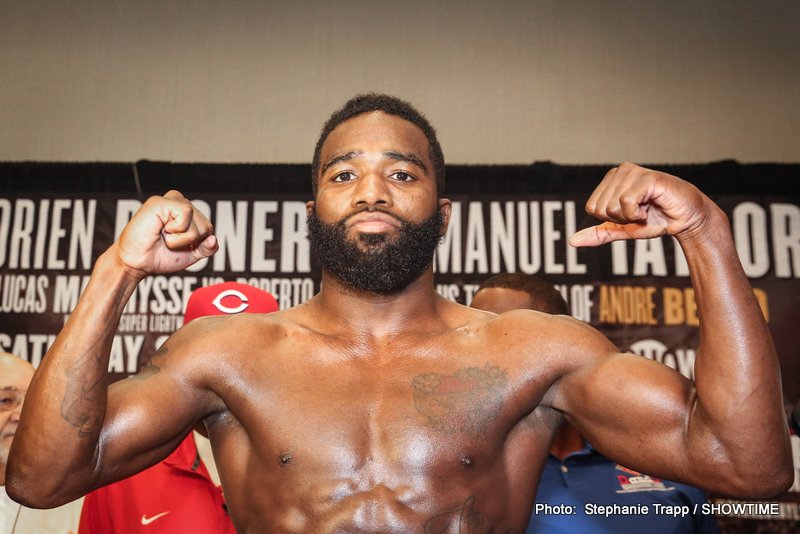 On March 7th 2015 Adrien Broner will meet his toughest test since his upset loss to Marcos Maidana at the end of 2013 in John Molina Jr. Broner has had two fights since that Maidana fight in decision wins over Carlos Molina and Emmanuel Taylor. Broner has not looked the same since he left the lightweight division after beating Gavin Rees in Februrary of 2013. At this point it is not clear whether the step up in competition or the additional weight are causing him issues but it is clear that he was a different fighter back then.

It has to be seen as a dangerous move to put Broner in with John Molina at this point in his career because Molina has a similar aggressive, come forward style that Maidana employed to hurt and nearly stop Broner in their bout. Molina does have five losses to his name, but he also has twenty-seven wins and twenty-two of those have been stoppages. These figures demonstrate the knockout capability of the fighter.

If those numbers alone were not enough to convince you then the fight between Lucas Matthysse and Molina from last year should be watched. Molina gave Matthysse a lot of problems in that fight in knocking him down twice and cutting him up. Although Molina would go on to lose that fight he proved a lot in terms of his ability as a slugger and his heart and chin as a fighter.

This is the second time Broner has gone in against an unhearalded and underrated brawler and it could well be the second time we see him take an L. The difference this time is could he revitalize his career and come back a second time? He is a three weight world champion so he would still be a sought after opponent, but in terms of the major PPV and pound for pound ratings it would be likely that his name is removed permanently. However he also has a lot to gain as a win here, particularly one in impressive fashion could set him up against a Garcia or Peterson to win a world title which would make him a very young four-division champion.

In reporting from ESNEWS Molina has been knocking down and stopping his sparing partners lately in preparation for this fight. This type of result suggests that he is going to be aggressive right off the bat against Broner, much like Maidana was in 2013. Broner does not seem to be able to fight going backwards or against the ropes and he tends to cover up and go into a shell when pressed for long periods. Molina’s camp are obviously looking to emulate the Maidana victory which would elevate their man into some higher profile fights and larger paydays in the future.

March 7th is a fantastic fight card and should be watched by all boxing fans, but do not be surprised if there is an upset in the co-main event as Broner has a real fight on his hands.