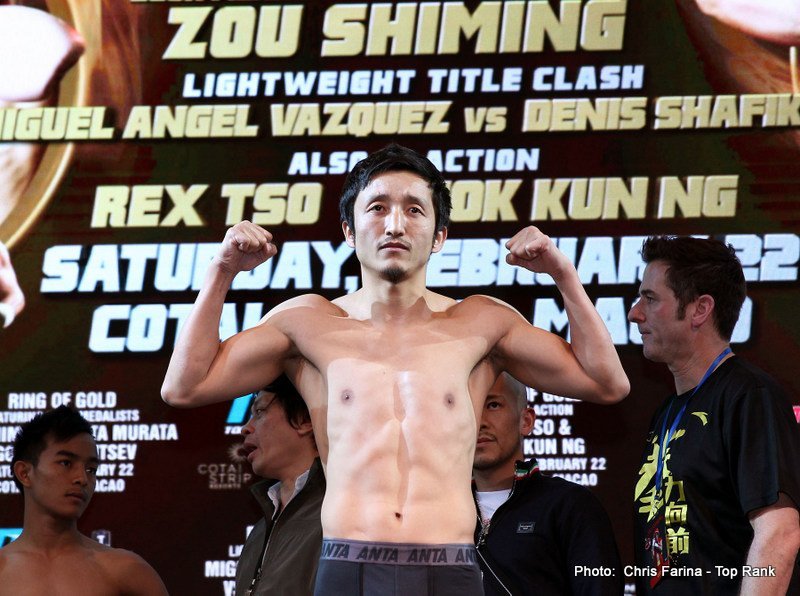 Double Olympic champion Zou Shiming is looking to become IBF World Flyweight champion this March when he takes on unbeaten Amnat Ruenroeng for that title. To become a champion at world level in just your seventh fight is an unbelievable accomplishment, although we have seen fellow Olympic greats Guillermo Rigondeaux and Vasyl Lomachenko also collecting titles very early on.

Zou is fighting for more than his legacy in this fight however, he is looking to put China on the map at world championship level in a star making performance in March. This is a two part ambition with both interest in boxing in China looking to increase as well as interest in Chinese boxing from the rest of the world also looking to go up.

Zou is currently training for this important bout in the legendary Wildcard gym with Freddie Roach. Roach is looking to make Shiming more aggressive and turn him from the amateur style technical boxer he is into being more of a boxer-puncher type who can sit down on his punches when he wants to. The different scoring system in amateur boxing can sometimes make for a difficult transition into the pro ranks.

Zou Shiming is in an interesting situation as China is the country with the largest population on earth and the amount of pressure on his shoulders to win must be immense. In just two years as a pro he has become the face of boxing in China. The next few years could make one of the biggest boxing stars we have seen should his career be managed properly and his superstar status in the US could match what it already is in China. This will likely be the first World title fight of many for the boxing talent.