Gabe Rosado and Jaime Munguia both weighed in successfully on Friday afternoon for their fight this Saturday, November 13th at the Honda Center in Anaheim, California. The fight will be shown live on DAZN. 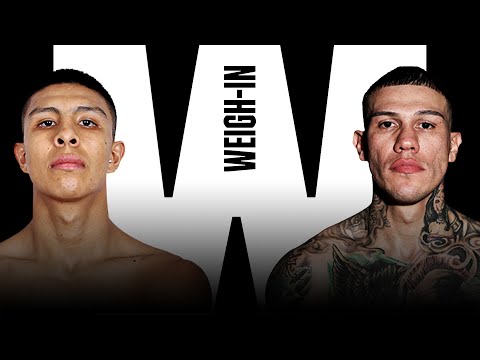 Munguia has the power and the youth to give Rosado, 35, a lot to think about in this fight. If Munguia is able to land his shots, Rosado might not last long under the fierce firepower of the former WBO 154-lb champion.

Rosado is coming into the fight on the heels of an impressive third round knockout win over Bektemir Melikuziev on June 19th.

That’s a fighter with more power than Munguia, and arguably more dangerous. But Rosado took care of Bektemir in catching him with a right-hand counter in the third to knock him out.

“Honestly, I feel great. I’ve never felt so strong before. I did a great camp,” said Jaime Munguia to Boxing Social. “I’m only doing my job, and I’m going to prove tomorrow what I’m able to do. I expect him to dignify the Mexican – Puerto Rican rivalry and I hope the fans can enjoy this type of fight and he can come to fight tomorrow.

“I’m feeling amazing. The atmosphere is crazy and the fans are lit,” said Rosado to Boxing Social. “I’m ready to rock. We’ll be successful and I’m looking forward to putting in a great performance and making history.

“I don’t know,” said Rosado when asked what he can expect from Munguia. “I don’t care what he’s bringing. He’s got to be worried about what I’m bringing to the table. I’m not focused on anything of what he’s capable of. I’m just ready to dominate and do what I got to do. 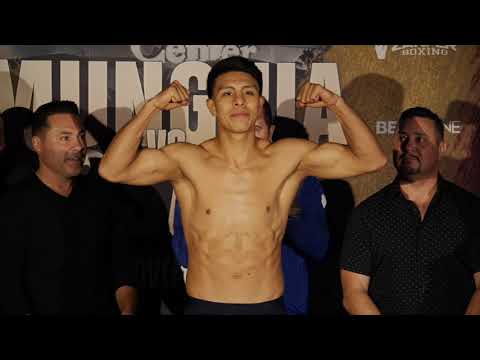