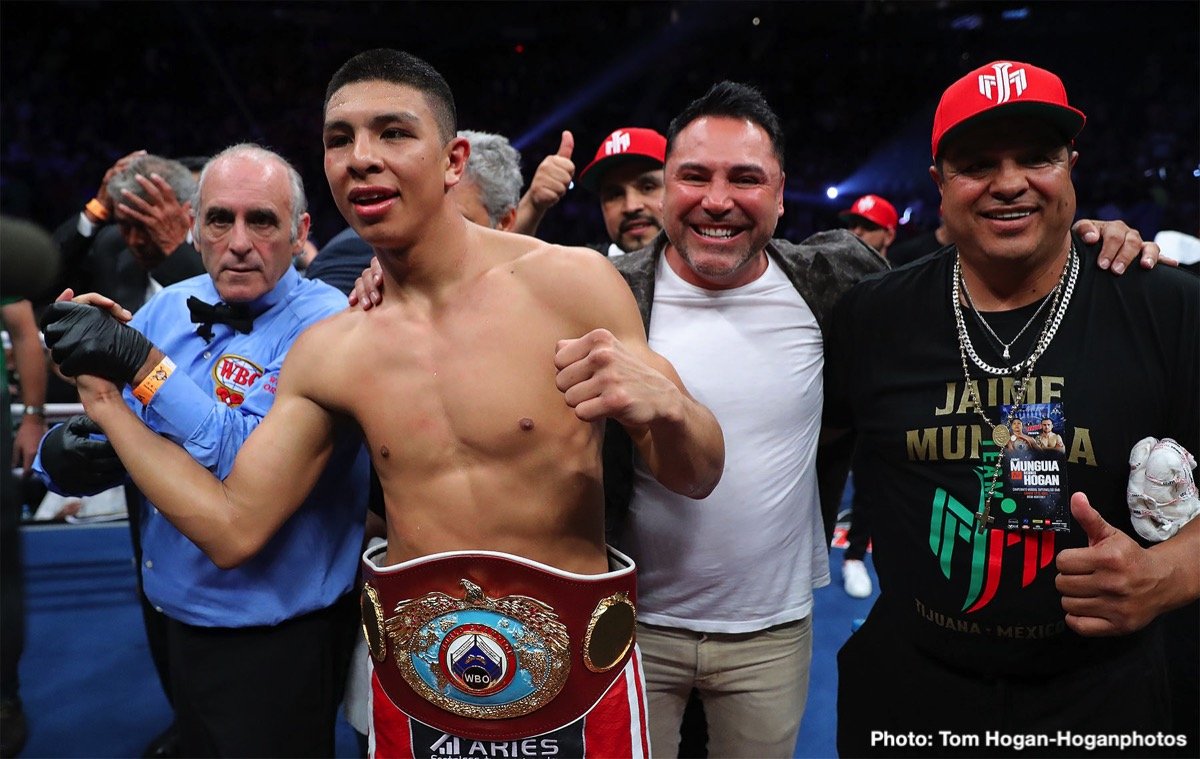 With his arch-rival Canelo Alvarez likely to fight Sergey Kovalev next (but almost certainly not in September as had been previously suggested; Kovalev reportedly all set to defend against Anthony Yarde in Russia on August 24), former world middleweight king Gennady Golovkin is looking at other options for his next outing.

And, according to a tweet from boxing writer Mike Coppinger, GGG, and DAZN, might have found a suitable dance partner in the form of Mexican warrior Jaime Munguia. According to “sources,” a Golovkin-Munguia fight could happen over Mexican Independence Day weekend, if Canelo does not fight then (and if Canelo is waiting for Kovalev and Kovalev only, that 175 pound fight is highly unlikely for September).

So it seems it’s all down to Canelo, what he wants to do next. DAZN want a big fight to take place over the big Mexican holiday and Munguia, a classic Mexican warrior, against the second-biggest star in the middleweight division, would do nicely. Munguia and GGG were somewhat close to fighting one another back when GGG-Canelo II was postponed due to you know what. Needing a late sub, GGG and his team looked at Munguia, only for the Nevada State Athletic Commission to say no to the match-up, declaring how 22 year old Munguia lacked experience.

Now the WBO champ at 154 and apparently looking at moving up in weight, Munguia, 33-0(26) might just get his first super-fight this year. With his all-action style, his youth and aggression and speed, maybe Munguia would be able to give 37 year old Golovkin a real fire-fight. GGG would likely enter the ring as a big favourite to win but this fight would perhaps prove to be highly competitive; far more so than Golovkin’s last fight, his quick KO win over Steve Rolls.

Ultimately, though, fans want to see – they need to see – that third fight between Golovkin and Canelo. It might not be fought at 160 pounds and it’s not looking at all likely for this year. But it must happen one day. Boxing history simply demands it.