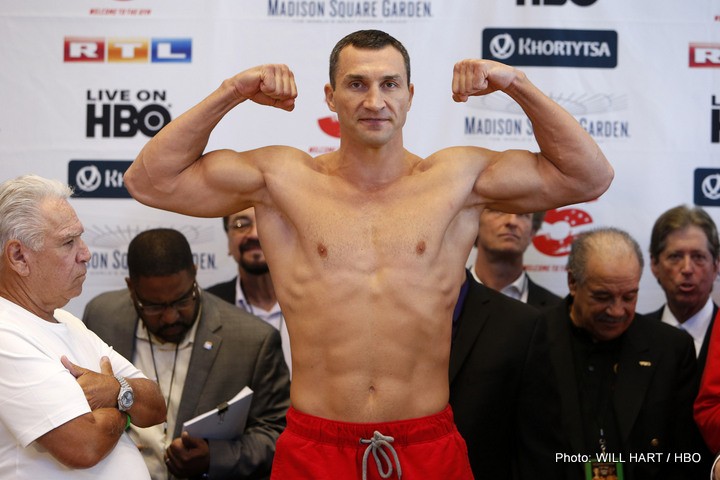 “I honestly believe [Fury] has taken this fight too early,” Klitschko said recently, displaying no signs of a fighter considering calling time on his career just yet, having recently signed a new 5-fight broadcast deal with long-time partner RTL, in Germany.

With the young challenger having been extremely vocal in the build-up, promising he will make Klitschko look foolish and will knock him out in front of his [adopted] home fans in Germany, the champion is remaining in typical, reflective mood in anticipation of Saturday night, speaking with the sage tones of experience.

“I’ve faced a lot of guys before who have promised a lot before[hand] and haven’t delivered anything in the ring,” Klitschko said. “Then there are some who are very quiet, haven’t promised anything, [and] they were very dangerous in the ring.

“So we will see what’s on the inside of Tyson Fury.”

Klitschko/Fury is this Sat. on HBO (US) / Sky Sports Box Office (UK)