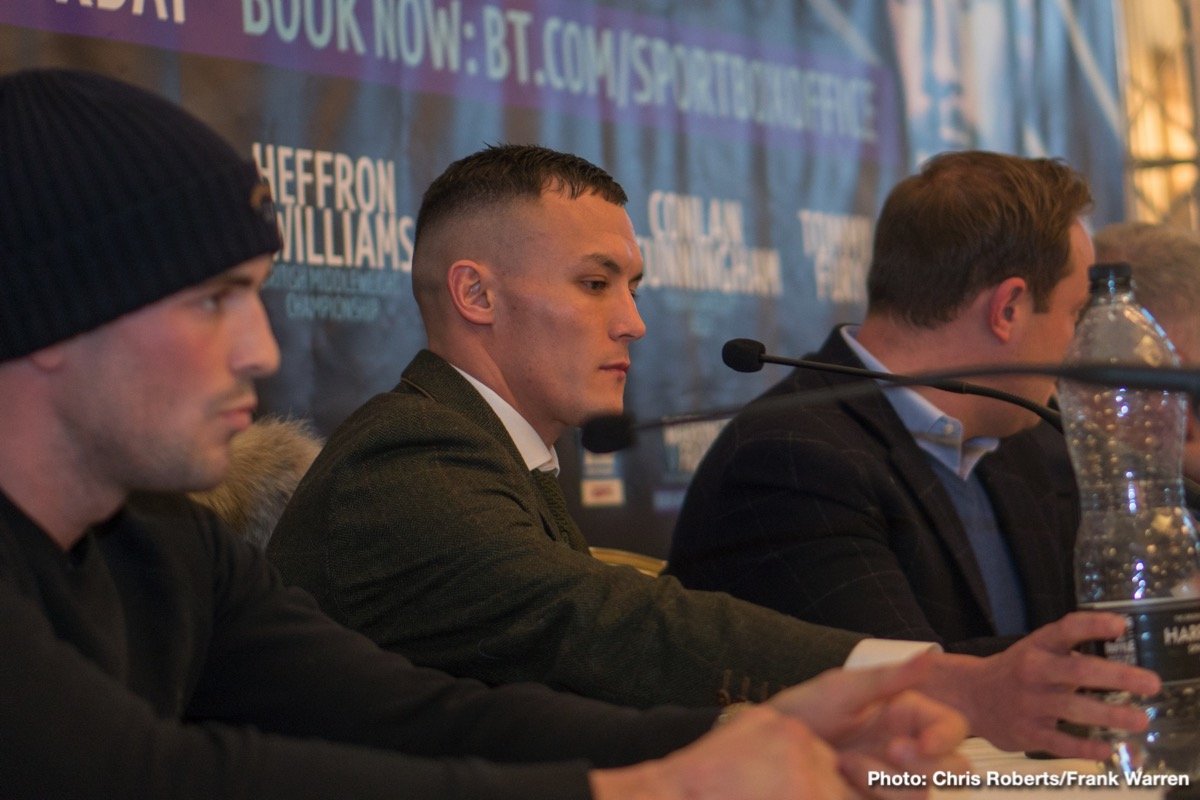 ‘The Leeds Warrior’ (30-0, 7 KOs) created history by becoming Leeds’ first ever male World Champion when he upset the odds to wrestle the IBF 126lbs crown from Lee Selby at Elland Road, the home of his beloved Leeds United, in May 2018.

Despite producing a career best performance against Selby, Warrington was again written off by many ahead of his first defence against Irish fight legend and two-weight World Champion Carl Frampton at Manchester Arena in December 2019.

Warrington retained his IBF Title in an epic Fight of the Year contender with ‘The Jackal’ that captivated the crowd from the opening bell with a blistering pace set by the Yorkshire hero as he earned a unanimous victory.

A close fought battle with IBF mandatory challenger Kid Galahad followed at the First Direct Arena in Leeds, with Warrington edging out his Sheffield rival via a controversial split decision that had many in the boxing world divided.

He then went on to defend his title with an emphatic second-round demolition job over Sofiane Takoucht in October and now has his heart set on fighting in the USA and unifying the Featherweight division to cement himself as the no.1 126lbs fighter on the planet.

“It’s great to be back with Matchroom, Sky and now DAZN and I’m very excited about the future,” said Warrington. “I have enjoyed my time at BT but now I’m looking forward to going on to achieve my dreams of both fighting in the USA and unifying the division.”

“I’m ecstatic to welcome Josh Warrington back to Matchroom,” said promoter Eddie Hearn. “We had some amazing times helping to build Josh in Leeds and now we re-unite at a time when he is the king of the division.

“Josh has some of the most loyal and passionate supporters in sport and we look forward to delivering nights they will never forget. There is so much more for Josh to accomplish and today starts a new chapter in the thrilling Josh Warrington story.”

FRANK WARREN AND Queensberry Promotions can announce that the company has parted ways with IBF world featherweight champion Josh Warrington at the conclusion of his promotional agreement.

The now 30-0 man from Leeds joined forces with Queensberry in 2017 and was quickly steered into mandatory position for the world title showdown with Lee Selby that he long craved. This was delivered on a memorable night at Elland Road in May 2018 and Josh subsequently defended in a huge Box Office event against Carl Frampton in the December at Manchester Arena.

Home advantage for a mandatory defence against fellow Yorkshireman Kid Galahad was secured in June 2019, with his last fight being a voluntary defence against Sofiane Takoucht, which resulted in an emphatic second round victory.

“I am happy to say that we delivered for Josh on every level and helped him realise his goals in the sport,” said promoter Warren. “We all wish Josh every success for the future and will always remember the great nights we enjoyed in Leeds.”