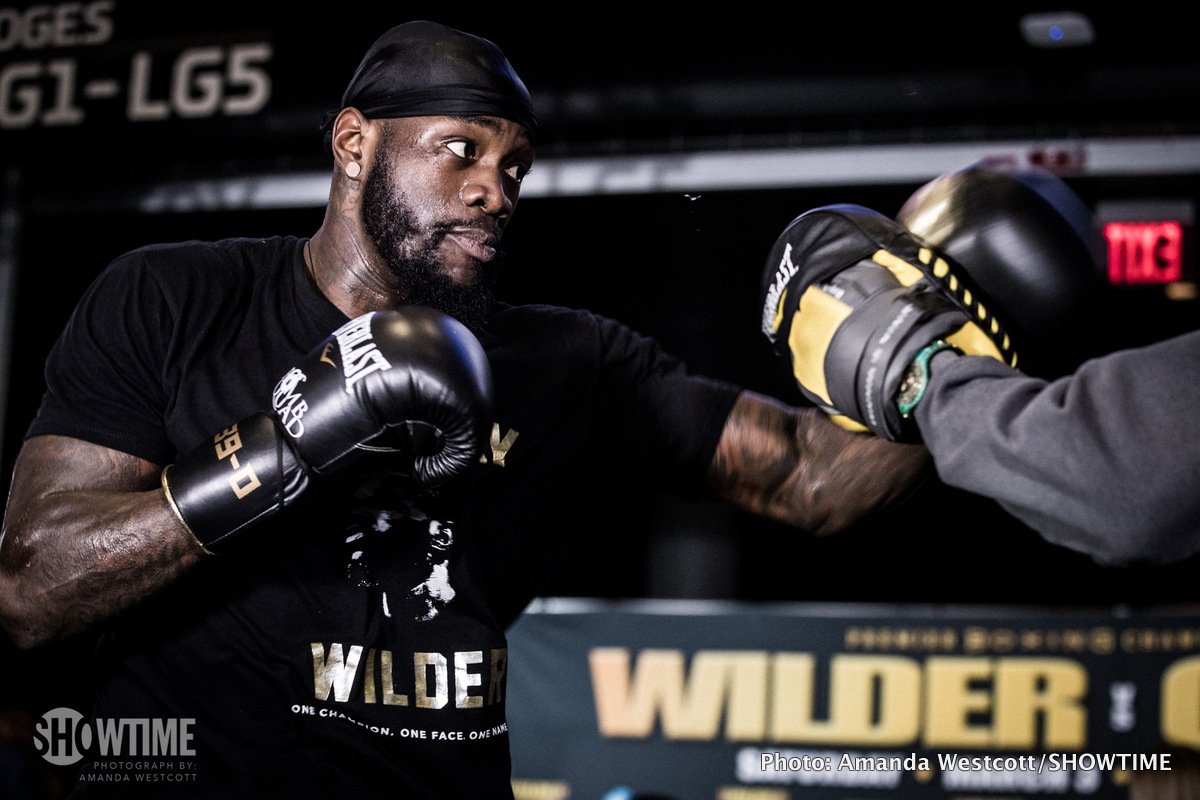 WBC heavyweight king Deontay Wilder obviously has his ‘game-face’ on, just days away as he is from his “toughest test” against unbeaten, controversial Cuban southpaw Luis Ortiz. And Wilder has war, violence and dominance on his mind. The unbeaten power-puncher was annoyed when Anthony Joshua, his biggest potential rival, recently stated how he looks at Tyson Fury as his biggest rival.

Talking to Sky Sports, the 39-0(38) Wilder (this an incredible record, even when we take into account the low-level quality of some of Wilder’s early opposition) said that he, and he alone, has the ability to “do anything that I want” due to the possession of real and true punching power.

“If the people around Joshua really cared about him and loved him, I think someone should’ve tapped him on the shoulder and whispered into his ear to tell him he’s got it all wrong,” Wilder said. “Everyone knows Tyson Fury isn’t the biggest threat in the heavyweight division. Everyone knows who is the man at heavyweight, hands down. Everyone knows who has the power to beat anyone at any given time, in the first-round or 15-seconds into the 12th round. I have that ability to do anything I want. I am the most dangerous man in the division, hands down. It’s almost 40 fights now and I still do what I do. It’s not just that I knock them out, it’s the way I knock them out – that’s what makes me unique. That’s what makes me the most dangerous guy.”

Wilder insists he ruins fighters – and he may have a point as far as former foes like Serhai Liakhovich and Bermane Stiverne go; neither man ever being what they were prior to being blasted out inside a single round by the WBC boss – and he has long insisted how Joshua, the WBA/IBF ruler (and maybe soon to be WBO champ also) has, and is avoiding him so as not to meet the same fate.

But Wilder, as we know, has business to attend to before he can tell everyone – really everyone – that Joshua has no-one else to fight but himself; and that business is against Ortiz on Saturday night. If Wilder can blitz the unbeaten, some say avoided, Cuban the same way he blitzed Stiverne, Liakhovich, Malik Scott and others, then, yes, Wilder will almost certainly be looked at as THE most dangerous guy.

But will this make AJ and his team any more cheerful about the idea of facing “The Bronze Bomber” in the heavyweight slugfest we all want to see?