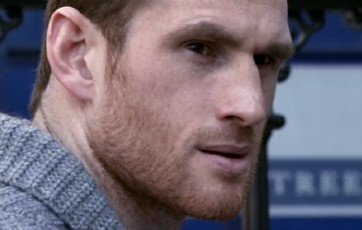 July 17th, 2015 is a date British heavyweight David Price is destined to never forget. That was the day when the former British and Commonwealth champion was knocked out inside a couple of rounds by Germany’s Erkan Teper in a bout that contested the vacant European crown. At the time, the loss seemed to have brought an end to Price’s once promising world class career, but, as fans know, Teper subsequently failed a drugs test and he was banned from the sport.

Now, Price is looking to rebuild his career; starting on May 29th against a TBA on the Tony Bellew-Ilunag Makabu WBC cruiserweight title fight card in his native Liverpool. Price is still fuming at the way Teper – and before that, Tony Thompson, the only other man to have beaten him – tested positive for an illegal substance. Price is convinced he would not have lost either fight had Teper and Thompson been clean. And, in light of the recent developments with Alexander Povetkin testing positive for an illegal substance, his big fight with Deontay Wilder being scrapped as a result, Price has felt compelled to speak about the ongoing problem boxing faces with drug taking.

“If I knew Teper was on drugs, I would have done what Wilder did and the fight wouldn’t have happened,” he said. “My career would have kept bubbling along, everything could have been completely different for me. Once I’m active again I’m hoping to be reinstated to the position that I was in before I was cheated. Just to highlight what a big deal this is, a WBC title fight with a lot of money around it has been cancelled because one of the fighters has failed a drugs test. Now, if that doesn’t tell you how much of a big deal this is, nothing will.”

Price went on to say that he feels all drug cheats should be treated very harshly, with a lifetime ban being a fitting penalty. “I could have walked into a potential death trap,” he said of his losing fight with Teper.

It is an interesting (if that’s the right word) situation with Price. Back before the loss to Thompson in early 2013, the 6’8” Liverpudlian – a genuine power-puncher who was wiping out all that was in front of him – was being looked at by many good judges as a future world champion. And some fans have wondered how it could indeed have been a whole lot different for Price had he been matched differently sand maintained his unbeaten record. Would Price, for instance, have beaten Charles Martin, the man Anthony Joshua dethroned in seemingly effortless fashion to take the IBF crown last month? Most fans say, yes, he would have scored a similar victory.

So it is easy to understand why Price – a genuine nice guy of the sport – is so angry. Had he not been cheated, who knows, he could be in an almost identical position to the one Joshua finds himself today. But Price is not done yet and he told Sky Sports how he believes his comeback will be a great one, as well as “a success for the clean-living athlete.”

The best is yet to come, Price vowed. We all wish him the best of luck. He deserves it.