Retired British heavyweight David Price is still on Tyson Fury’s radar. Price, at one time the next big thing as far as British heavyweights go, did pick up an amateur win over Fury many moons ago, with the big man from Liverpool scoring a points victory. For some time, there was talk of a pro meeting between the two giants. But Price, who never recovered his momentum after losing by stoppage to Tony Thompson in two successive fights, never got the chance to beat Fury a second time.

But Fury, who we know does plenty of talking, about just about anything and anybody, says he could still fight Price today and it would very possibly sell out a stadium in Liverpool. 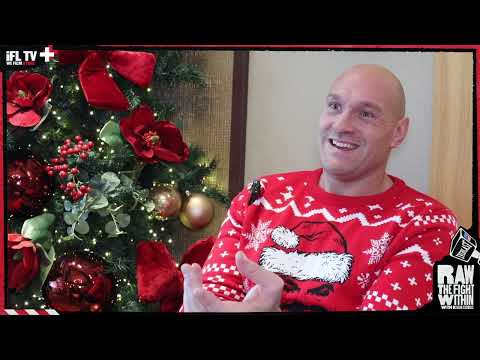 “I wonder if it would still sell out a stadium if men and big old David Price had a fight,” Fury said when speaking with IFL TV. “Even though he’s retired, Old Trafford or Anfield I think we sell it out for the WBC world heavyweight title. Or even if the WBC wouldn’t sanction it, we could do it for the North West title of Great Britain. The rivalry was that big for so long, and he was the only British person to ever beat me, amateur or pro. I think it’d sell out.”

Fury may well have been joking when he spoke about this fight, but at the same time, he might have been deadly serious. The WBC would almost certainly refuse to sanction the fight until Price, if he was able to do so, came back and defeated a ranked contender. Back in the day, Fury-Price would have been a big fight, but Price had a nasty habit of getting flattened whenever he stepped it up and fought a world rated foe. Six times in total Price was knocked out or stopped.

Price retired after his 2019 stoppage defeat to Derek Chisora and there seems to be next to no chance the 39 year old will return to the ring. Still, in this day and age, where just about anything can happen in the sport of boxing, who can entirely rule it out!

We all know the fighters Fury should be focusing on sharing a ring with next (and he may well be doing so, and merely jesting around as far as suggesting the Price fight). These guys are Oleksandr Usyk, Joe Joyce and maybe, if he’s still interested, Anthony Joshua.