Murat Gassiev’s vicious left hand ended FS1’s main event in spectacular fashion. Prior to the knockout punch, Jordan Shimmell turned Murat’s forehead bright red with jabs and left hooks. Gassiev missed his first right-handed attempt, but made the left hand count to close the show in style. Shimmell remained unconscious for a short time before showing he was okay as the crowd stood in relief. The punching power that trainer Abel Sanchez spoke of was evident with Tuesday night’s display from Gassiev.

Local fan-favorite Joey Abell took care of business with a TKO in the 3rd round via several blistering straight left hands that froze prospect John Wesley Nofire. The first round started kind of slow and could have been scored for either fighter. Abell landed a hard left hand that caused a knockdown in the second. More of the same from Abell, as he turned up the pressure with straight left hands, blooding Nofire’s nose, and eventually ending the bout in the second when Nofire’s corner had seen enough.

A swing television bout between Leduan Barthelemy, younger brother of 135-pound titleholder Rances Barthelemy, and Rafael Eduardo Reyes ended early due to a twisted left ankle. Reyes had just landed a punch seconds prior to sustaining the injury.

Heavyweights clashed when Stephan Shaw and Danny Kelly squared-off in a decent fight that saw Shaw winning handily. Shaw set the pace and kept it for most of the contest with a left jab. Kelly closed the gap in the 3rd round landing well, but that momentum would be short lived as Shaw coasted to a unanimous decision.

Unbeaten prospect Jose Quezada and veteran Ariel Vasquez, engaged in a hard-fought 6-round battle. Wide scorecards from two judges didn’t tell the whole story to this spirited scrap. It was clear from the opening bell that Vasquez didn’t come all the way to Minnesota to lay down, making for a very good developmental bout for Quezada. Jose abused Ariel’s body early and often to win the first round. Vasquez responded with cleaner shots in a second round that featured several heated exchanges.

Eventually, Quezada found some space by stepping to the side turning Vasquez, while landing the cleaner shot. The action stayed inside a phone-booth and in the 5th round, Vasquez let off a few hard right hands. Quezada finished the closing round using busy work and flashier punches. The judges scored it 59-55, 60-55, 60-55 in favor of Quezada. 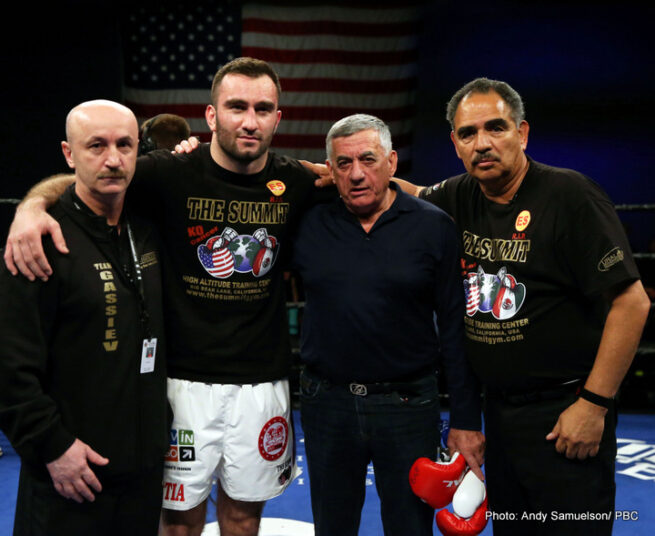 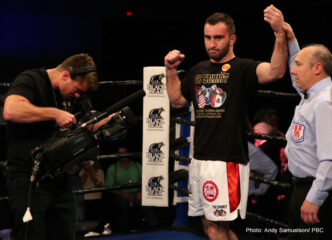 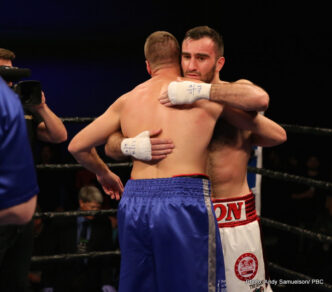 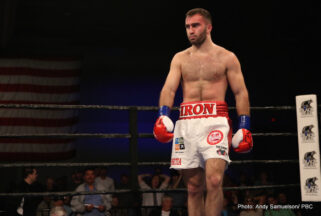 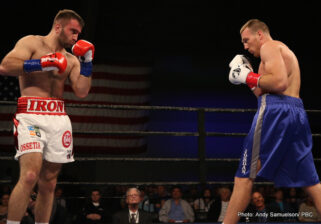 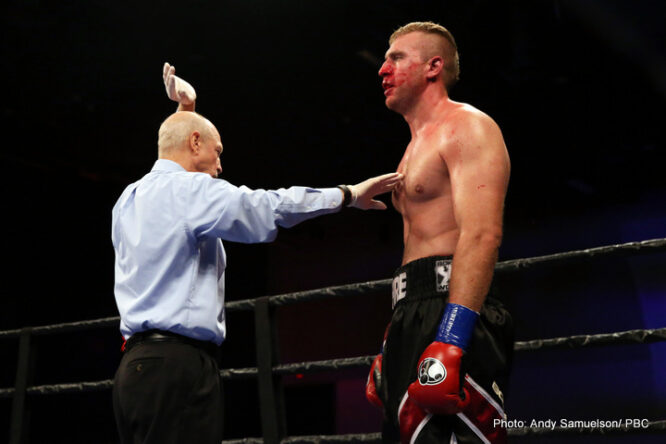 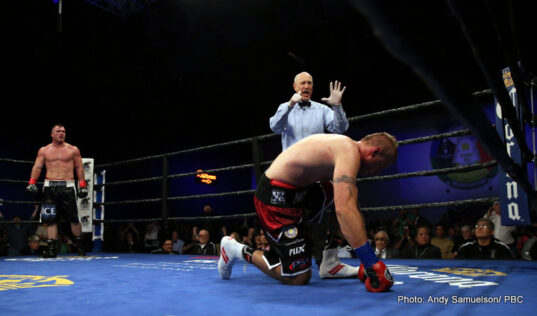 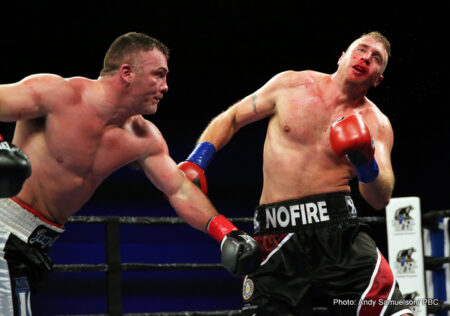 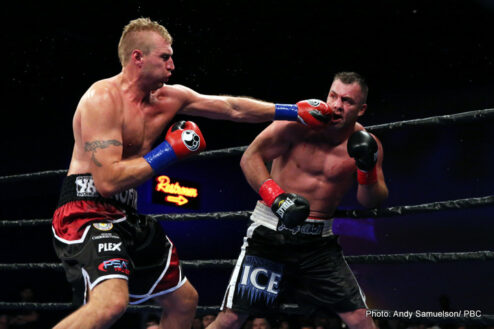 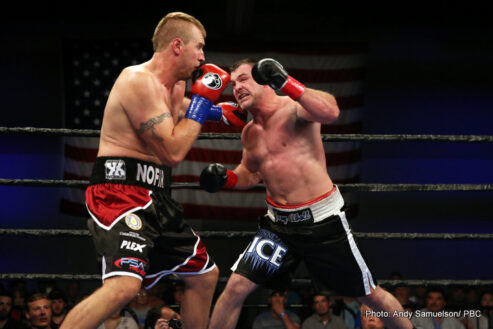 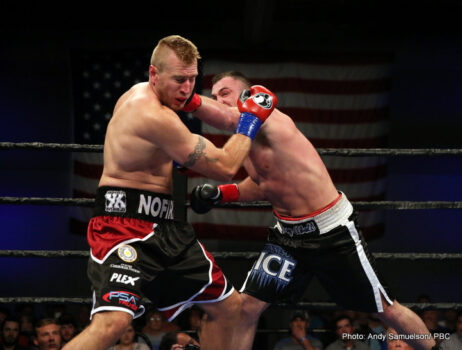 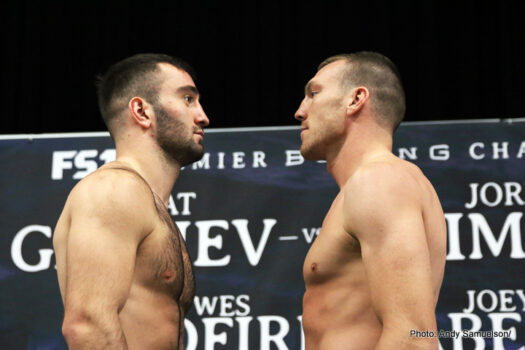 Ramiro Carrillo, 10-0(7Kos), took care of Engelbero Valenzuela in the 2nd round, with an aggressive body attack that lead to flush right hands and uppercuts, while Valenzuela was trapped on the ropes for a technical stoppage.

Minnesota natives Mengistu Zarzar, now 5-0(4KOs), and John Moxey, swung wildly in a back-and-forth affair. Zarzar dropped Moxey early, on a delay-reaction knockdown that initially looked much worse than it was. Moxey battled back enough to win the rest of the first frame. In the second, Moxey landed several solid counter shots on the incoming Zarzar. Moxey added a few more good shots early in the third round. However, a right hand and a quick two-punch combo by Zarzar would drop and stop Moxey for good.

The last contest of the night produced the most entertainment in the way of fierce action. Previously unbeaten Deonte Wilson, took on hard-nosed Gilbert Venegas Jr. Wilson started fast with accurate punches but a left hook from Venegas Jr. stumbled and dropped Wilson. Venegas Jr. added two more left hooks that seem to further hurt Wilson at the end of the first. It was bombs away in the second with Gilbert landing the bigger of the two in the exchange.

Wilson scored with short left hooks to take the third round. A late left hook from Gilbert knocked Wilson’s mouth guard out, in a fourth round that saw Wilson’s jab and straight rights scoring effectively. Venegas Jr. got the nod on the scorecards to the tune of 39-36, 39-37, and 38-37. Once again, the Premier Boxing Champions FS1 Toe-To-Toe Tuesdays series, gave fans a pretty good night of fights.

Written by Chris Carlson Host of The Rope A Dope Radio Podcast at blogtalkradio.com/ropeadoperadio or iTunes.

Jake Logan IS the future of boxing