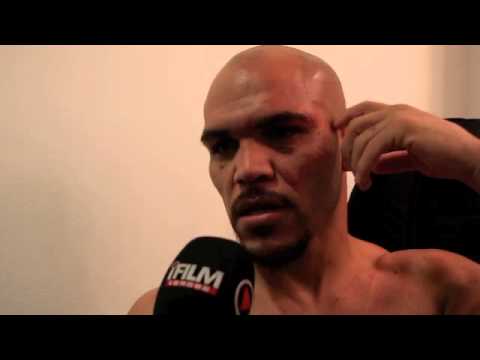 It was a total robbery for sure, as Beltran clearly deserved the win. Burns held all night long, and the referee didn’t life a finger to stop it. Why the referee allowed Burns to get away with nonstop holding in every of the fight is the big question.

I don’t know how on earth a judge could actually give Burns the victory in this fight of even a draw, yet that’s exactly what happened. I had a feeling this was going to happen, and I know it was going to make Burns look bad as heck. Getting a gift draw only makes Burns looks bad, especially given all the holding that he was allowed to get away with.

A very upset Beltran said after the fight: “The referee was horrible. He [Burns] was holding too much. He wasn’t even giving him a warning. It’s bulls***! That belt is mine. I’m the champion. I want to fight him in America. If he’s a true champion he’ll fight me in America. Let’s do the fight in America. I’ve been getting robbed every time left and right. They don’t care. They protect their investment.”