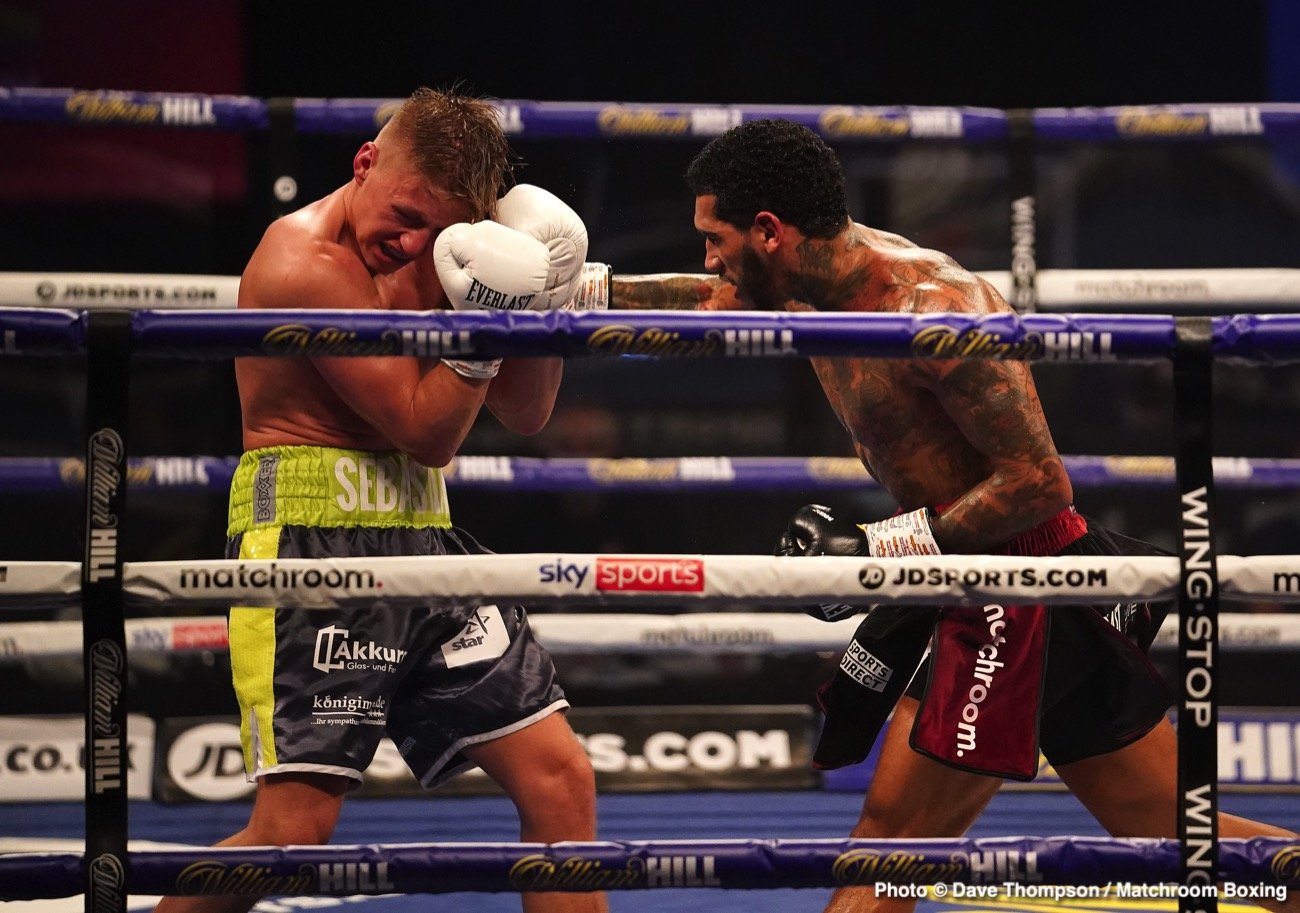 Welterweight fringe contender Conor Benn (17-0, 11 KOs) defeated (22-2, 10 KOs) by a 10 round unanimous decision on Saturday night at the Wembley Arena in London, UK. Benn, 24, used his superior strength to batter Formella from the opening bell.

Although Formella constantly landed his jab during the content, he didn’t possess the power needed for him to make the content entertaining.

For the 33-year-old Formella, he suffered his second consecutive one-sided unanimous decision defeat.

Last August, Formella lost to Shawn Porter by a 12 round unanimous decision in a contest similar to what we saw tonight, albeit with far better skills from the American fighter than what we saw from Benn. 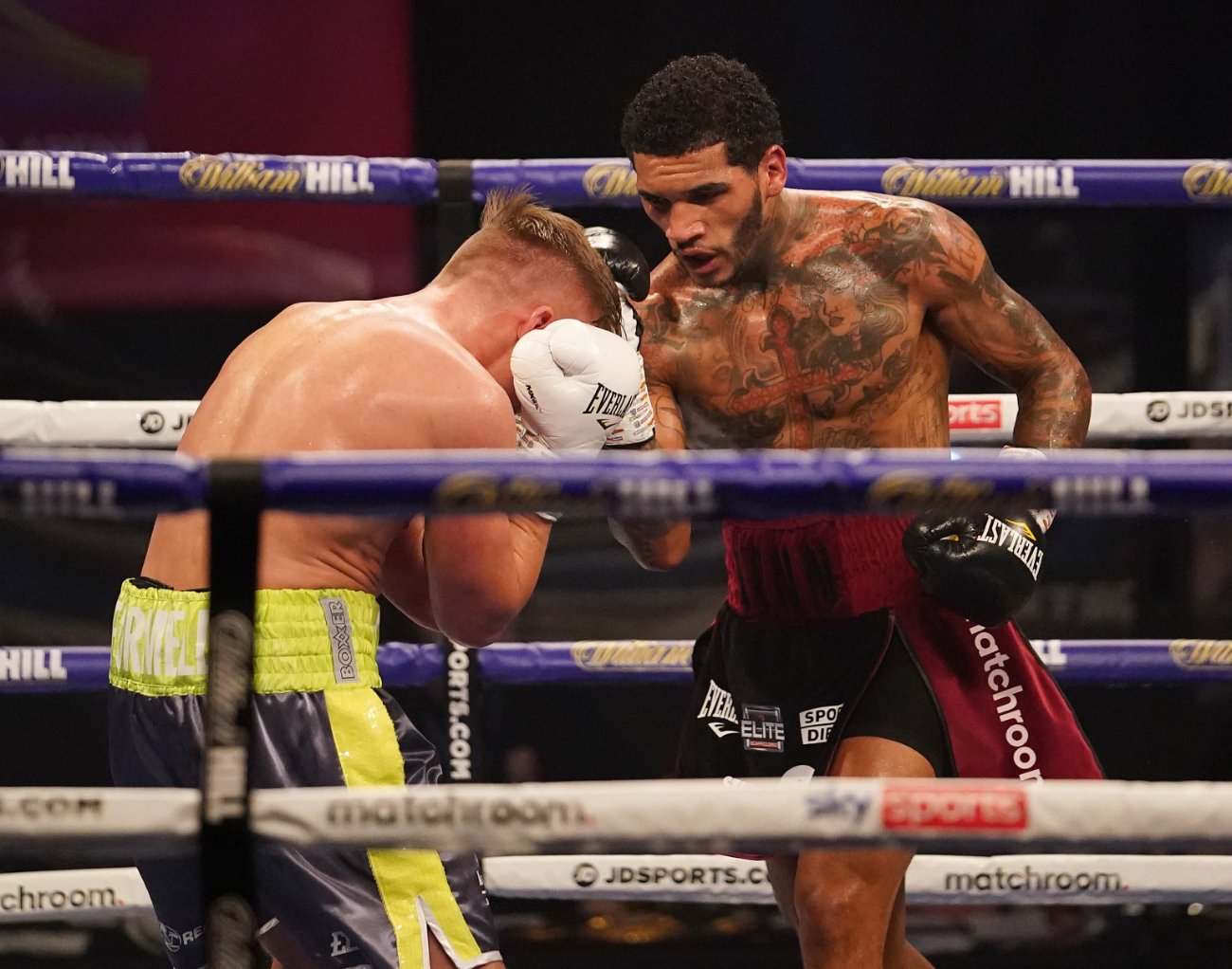 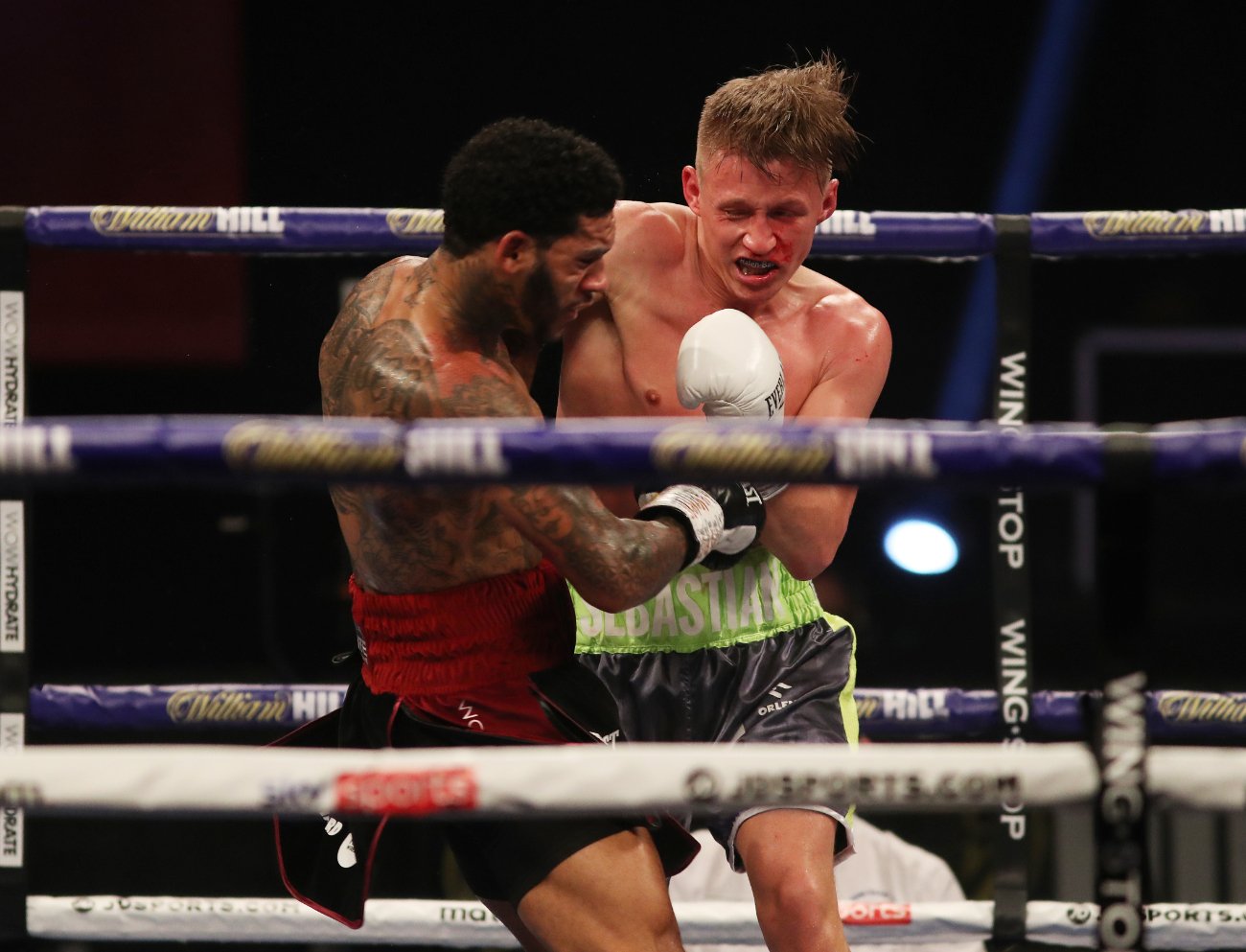 Conor, 24, hasn’t shown the ability as of yet in any of his fights that would indicate that he’ll ever amount to anything at 147, but Matchroom promoter Eddie Hearn is still hoping that he can become a star for him.

The way that Benn had major problems beating journeyman Cedrick Peynaud (8-8-3, 4 KOs) twice would seem to indicate that he’s not destined for greatness.

Benn would be showing something if he were to smash the 33-year-old Formella out of there in lightning fashion tonight. I mean, Formella went 12 rounds with Porter, and that’s not easy to do.

If Benn can obliterate the German fighter Formella tonight, it would give some of his boxing fans and especially Hearn hope that he could pan out in the future. 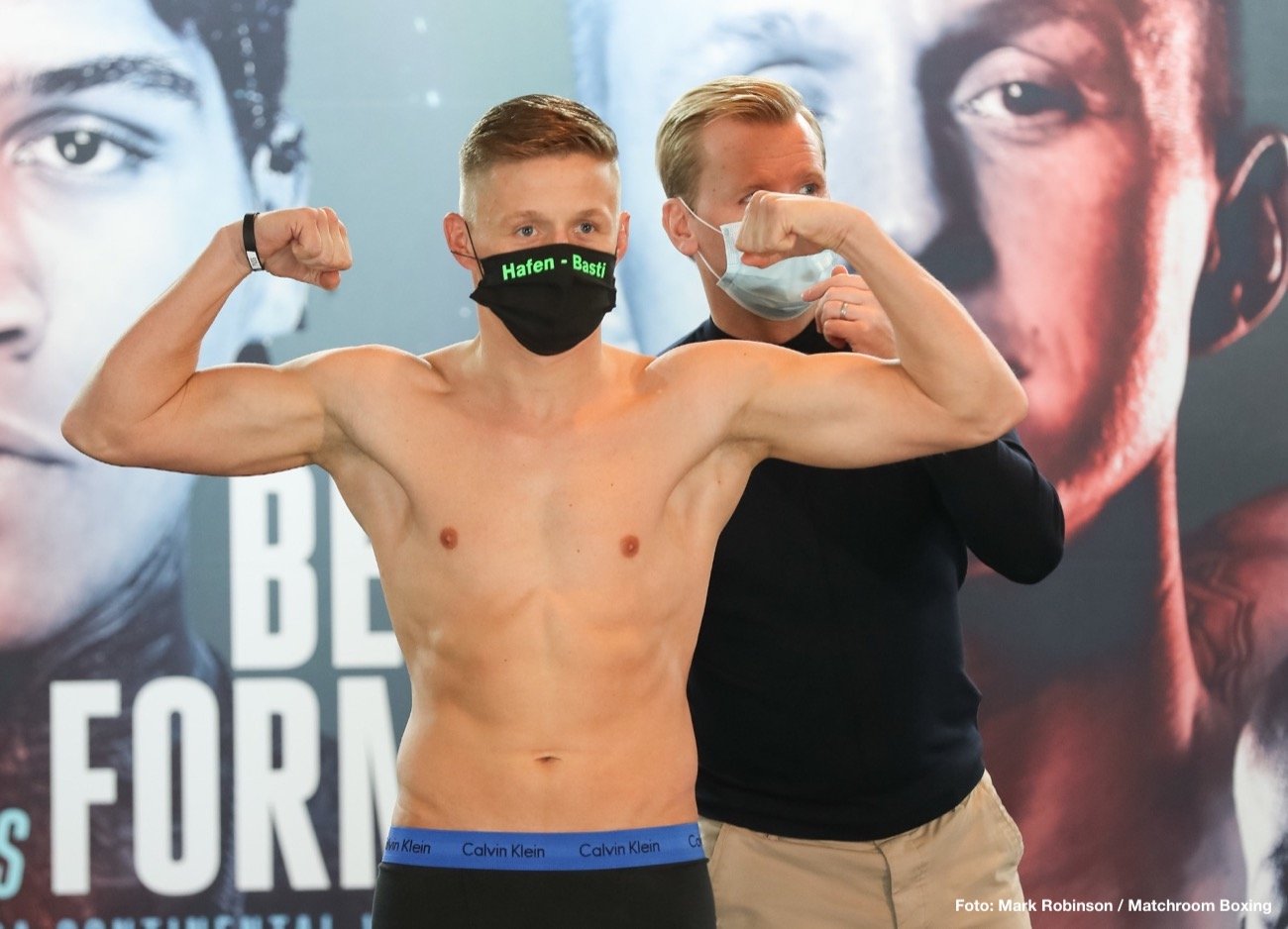 It would be a bad idea for Hearn to get excited by an early victory tonight by Benn and make the mistake of throwing him in with a talented top contender like Porter, Keith Thurman, Yordenis Ugas, Vergil Ortiz Jr, or Danny Garcia.

Benn is years away from being polished enough to hang with fighters like them. It would be better for Hearn to aim low by testing Benn against Josh Kelly, David Avanesyan, Ray Robinson, or Maurice Hooker.

Conor Benn (16-0, 11 KOs) is taking his toughest test to date against Sebastian Formella (22-1, 10 KOs) on DAZN and Sky Sports from the Wembley Arena in London, England.

Benn will be looking to show his promoters at Matchroom Boxing that he’s someone that has the potential of going places in the 147-lb division.

Heavyweight prospect Fabio Wardley is taking on Richard Lartey in a 10-round fight. Of all the fighters on the card, the 6’5″ Wardley (9-0, 8 KOs) might have the most potential of going someplace one day. 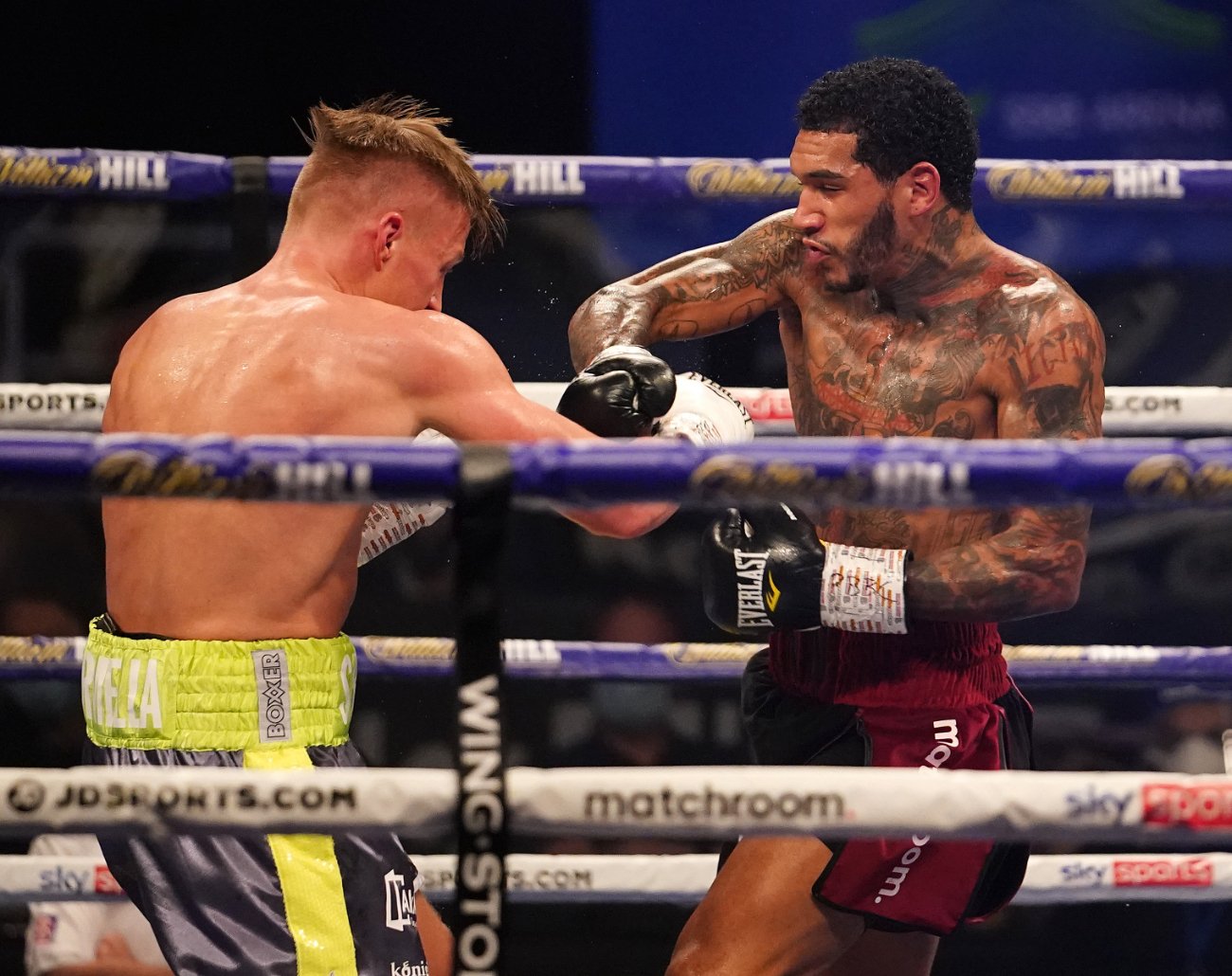 The 25-year-old Wardley is taking on the struggling Lartey (14-3, 11 KOs), a fighter that has lost his last two contests against Nathan Gorman and Daniel Dubois.

The 30-year-old Babic is someone that Hearn is high on as well, as he’s shown some potential in knocking out his first five opponents, but he hasn’t fought anyone of note as of yet.

Little won’t give Babic much of a test, but he’ll at least show whether he’s got the ability for Hearn to step him up against a slightly higher caliber of fighter.

Read:  Eubank Jr vs Benn: Eubank Says It Again - “If I Lose This Fight, I Retire”
Share17
Tweet