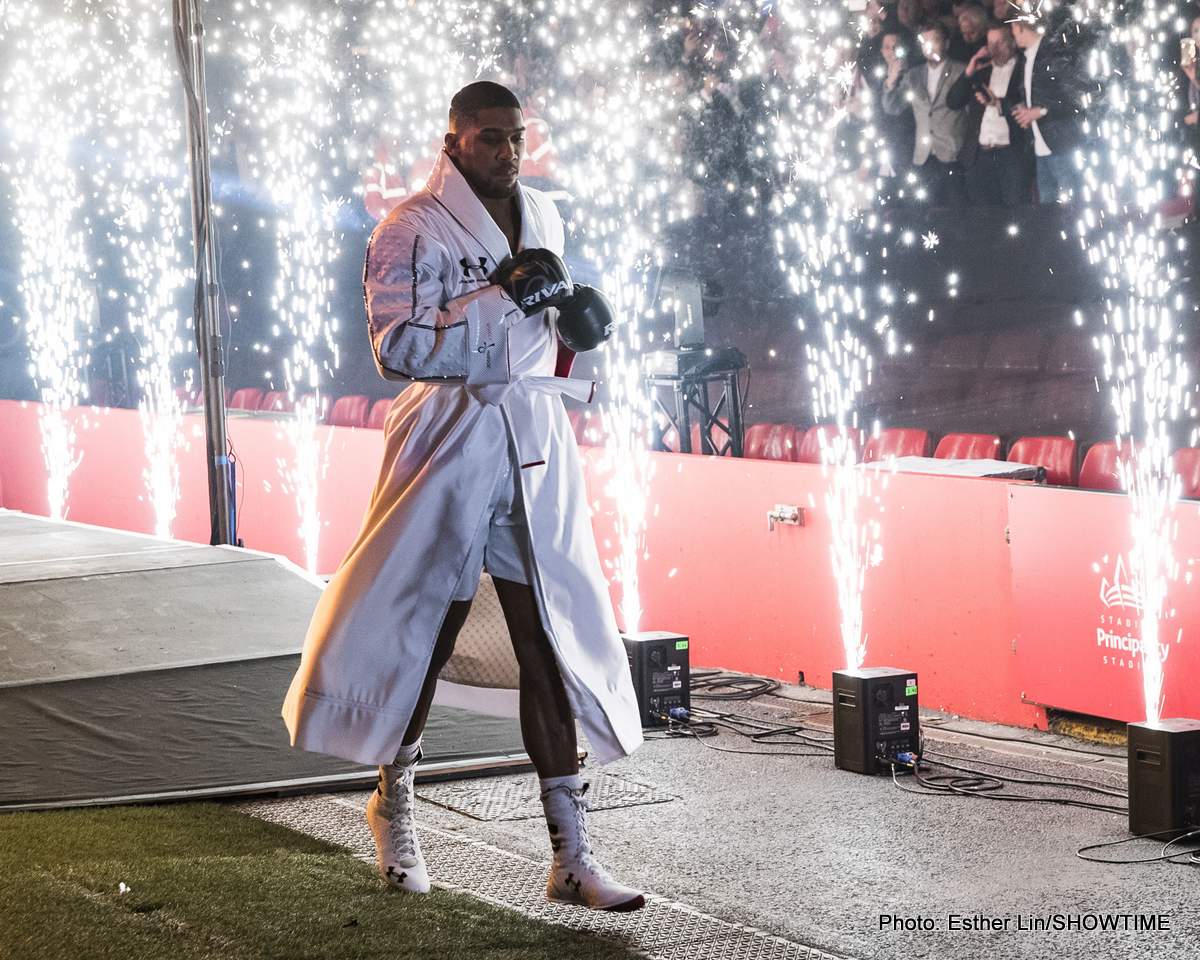 Tonight at Wembley in London, WBA/IBF/WBO heavyweight ruler Anthony Joshua overcame a determined, dangerous and effective Alexander Povetkin, winning by violent 7th-round stoppage. AJ cracked the Russian with a big left hand followed by a punishing right to score the first knockdown in the seventh, and then finished a brave Povetkin off with a barrage seconds later.

It was an excellent fight and Povetkin had a great start. Surprising Joshua with his speed, of hand especially, the former WBA champ was catching the defending champion with both hands. By the end of the opening session Joshua was bleeding heavily from the nose and thoughts of an upset began to pop into one’s mind. Povetkin was able to tag Joshua with lefts and rights to the head and Joshua had a thoughtful look on his face.

Joshua held his left hand low, keeping his right hand up. But Povetkin was dangerous with both his left and his right. Joshua began to get into his groove in the 3rd and 4th rounds and he soon opened a nasty cut over Povetkin’s eye. By the halfway stage it looked like an even fight.

Then in the seventh, Joshua broke though with his immense power. A sharp right hand hurt Povetkin bad, wobbling him, then Joshua whipped in a left hook to the head. Another left, and then a pole-axing right sent Povetkin down in a heap in a corner and the challenger did extremely well to get back up. The follow-up barrage was swift in coming though, and the referee, along with Povetkin’s corner, had seen enough.

All in all it was a patchy performance from Joshua tonight, but the ending was first class and AJ showed once again how lethal a finisher he really is.

The big question is what, or who, next for Joshua? Will it be the Deontay Wilder-Tyson Fury winner, or will it be Dillian Whyte in a rematch? As for the ultra-game Povetkin, he showed he had a lot left to offer at age 39. Will Povetkin fight on or will he call it a day after being stopped for the very first time in his career?