Deontay Wilder Vs. Andy Ruiz – a battle of former heavyweight champions, one with out of this world power, one with arguably the fastest hands in the division today. Who wins? We may get to see this fight before too long, maybe on Cinco de Mayo Weekend next year. The fight, which would be a WBC final eliminator, would of course be one the fans would pay to see.

Ruiz, who was out in Abu Dhabi to support his countryman Gilberto Ramirez in his ultimately losing fight with a far too good Dmitry Bivol, spoke with Boxing Social, and “The Destroyer” gave his thoughts on how a fight between he and Wilder would/will play out. And Ruiz was not overly impressed by Wilder’s recent KO win over Robert Helenius. 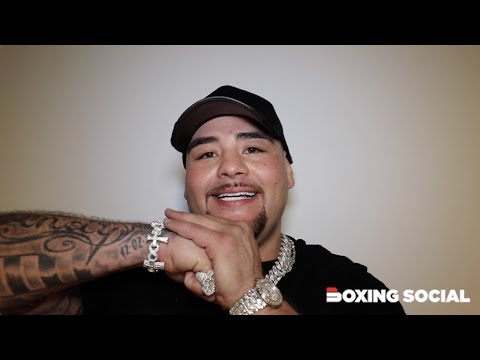 “We knew he was going to get that win easy. That was his sparring partner, so what do you do with sparring partners…..you know exactly what you’ve gotta do, you know exactly what they do,” Ruiz said of Wilder’s comeback win. “We’re right here trying to stay busy and we’re ready for whatever comes my way. For me, I feel like I can take a punch. I’m not saying he [Wilder] doesn’t hit hard or nothing, but just like Eddie Hearn was saying, I’m gonna get in, I’m gonna throw my combinations, I’m gonna be fast, explosive, and I throw that right had, in his temple, and he’s gonna go down.”

It’s true Ruiz would have to get in close to have a chance of beating Wilder, to avoid being blasted at long range. But speed can beat raw power, and maybe Ruiz has it in him to shock Wilder the way he shocked Anthony Joshua; although those two have different fighting styles. Ruiz, 35-2(22) does have a good chin, with the 33 year old never having been stopped. Ruiz took Joshua’s power, getting up from a knockdown in their first fight and appearing pretty much unfazed. Wilder may hit a lot harder than Joshua, but Ruiz believes he can and will defeat his fellow PBC fighter when the time comes.

Hopefully, if Oleksandr Usyk fights Tyson Fury next year, Ruiz and Wilder will get it on, with the winner then in position to go for the WBC belt.