As fight fans may be aware, the current WBC convention is underway in Acapulco, with many huge names from the sport in attendance. One towering figure who is absent is the one and only Don King. King, who turned 91 in August of this year, was set to arrive at the convention, yet WBC president Mauricio Sulaiman informed those people in attendance that King “suffered some complications” and that he has been hospitalised.

Sulaiman said King has “some swellings and some back problems” and he said that he was sending “prayers for Don.” It’s not known how serious a condition King is in, but Sulaiman did say the situation is “not life-threatening” when he spoke with Lance Pugmire of Fight Hype.com. 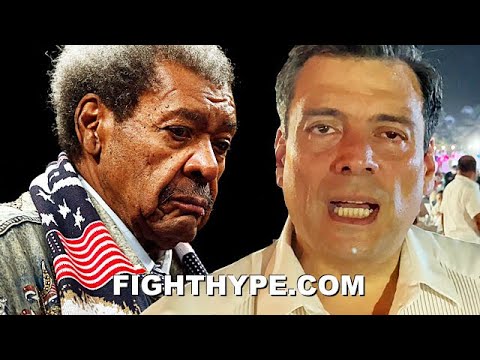 “Don King was scheduled to come today, he had some complications and unfortunately he could not travel. He’s had some swelling and some back problems, so our prayers are with Don, we love him,” Sulaiman said. “Don is a great, great, legendary promoter, he’s a member of the boxing community. His whole team is here. I spoke with him today and he was a little bit down, but we’re going to keep rooting for him and hopefully he’ll be fine. No, it’s not life-threatening but he could not travel, he was banned from travelling.”

Very much a love or hate figure; or perhaps a love to hate figure, King has seemingly been around the sport of boxing forever. Arguably the most successful boxing promoter ever, as well as the single most controversial boxing promoter the sport has ever seen and maybe will see, King is a figure everyone has an opinion on. Far less active these days compared to when he was seemingly promoting a huge card every month, in many locations around the globe, King is still a man who is instantly recognised and talked about.

For some, it will not be a day of mourning when King passes away, for others it will be so. King certainly has his critics, and with good reason, yet the former numbers runner turned flamboyant promoter will be missed by some when he does leave us. As of right now, King is stable in hospital and as Sulaiman said, his condition is not life-threatening.