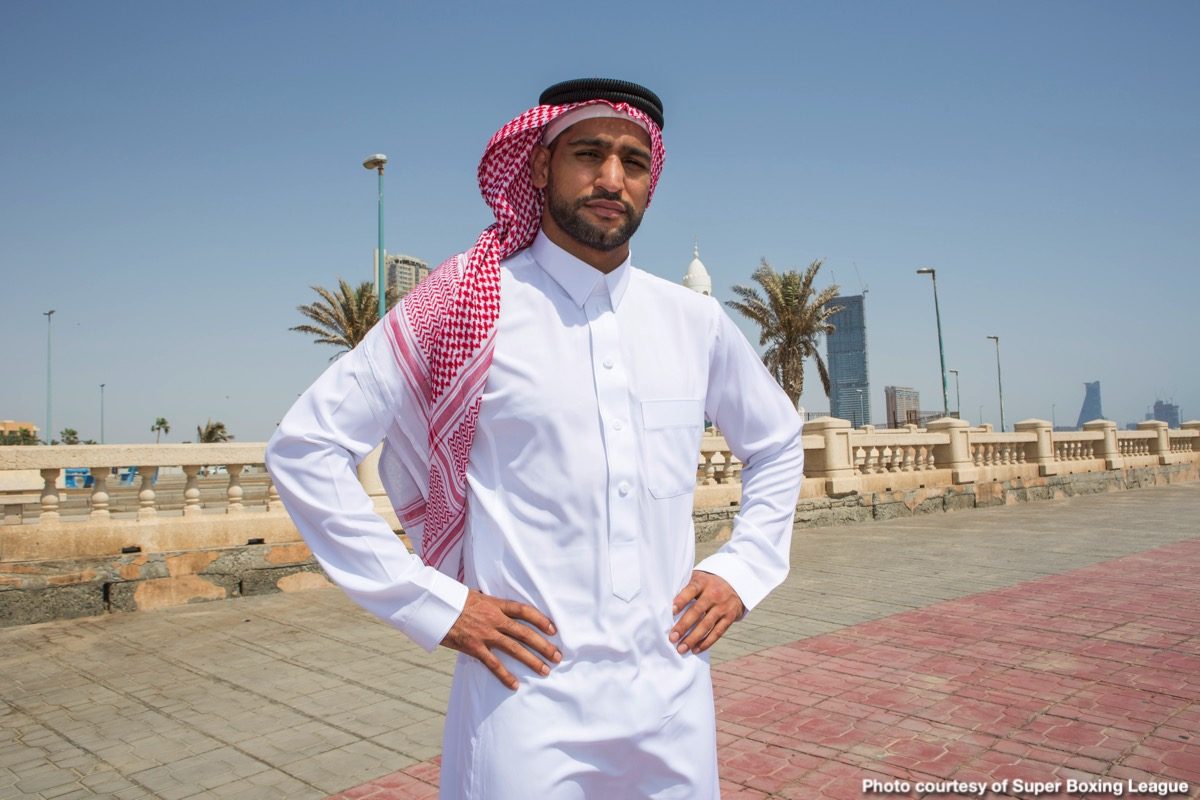 It’s already been correctly stated that Amir Khan made the easiest £7 million of his entire career last night in Saudi Arabia as the former 140 pound champ now operating as a welterweight blew away former IBF featherweight champ Billy Dib. And who can possibly disagree with such a statement? One website, SPORTbible, broke it down like this – Khan made £11,844 per second for his time in the ring with Dib.

Khan is happy right now (so is his bank manager), for a number of reasons: he has managed to come back after losing in wholly unsatisfactory circumstances to Terence Crawford, he feels he and new trainer Bones Adams have gelled well and, best of all, Khan is eyeing a massive fight with an all-time great.

Khan spoke before last night’s four-round win of his hopes to return to Saudi Arabia and fight Pacquiao there, and after the easy yet explosive win over Dib, Khan again expressed his positive feelings on the fight.

“We want the Manny Pacquiao fight, let’s hope he comes to Saudi Arabia,” a victorious Khan said to Talksport yesterday. “Hopefully we come back again before the end of the year and bring Manny Pacquiao here. I felt very comfortable in there. Obviously having a new trainer, Bones Adams. We had to work on a strategy, I slowed myself down a little bit instead of rushing all the time. I was seeing everything, making sure I was putting in the right shots.”

Khan’s easy win told us absolutely nothing as far as how the 32 year old would cope against Pacquiao. Khan never got hit by Dib, but rest assured, Pacquiao would hit Khan and he would hit him often. Even at 40 years of age, Pac Man is still incredibly fast, accurate and powerful. It would be quite something though, if Khan finished his career with a massive fight with Pacquiao.

For years, Khan chased fights with both his former gym-mate and Floyd Mayweather, to no avail. A lot will depend on how Pacquiao does against Keith Thurman a week from today, yet it seems entirely possible Pacquiao will look at the kind of big money that is on offer for his services in Saudi Arabia.

It wouldn’t be such easily earned money as the kind Khan picked up last night, for either man, but a Pacquiao-Khan showdown would be looked at as sure win for Pacquiao in the eyes of many. Might Pacquaio see out his own career with a fight against Khan?