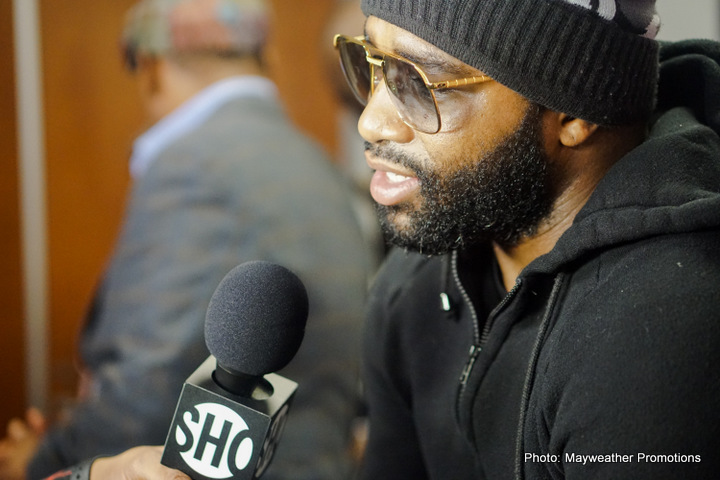 Back on good terms with Floyd Mayweather and seemingly fully focused on making the most of his talents, Adrien Broner – who recently acknowledged how he had to “grow up” – is predicting an “enormous year” for himself here in 2017. Broner, who has already captured belts in four weight classes, has called out everyone from Manny Pacquiao to Ricky Burns.

It would be the Burns fight – one that has been close to happening a couple of times – that would most excite British fight fans though. Broner must first come through against a determined, tough and dangerous Adrian Granados, 18-4-2, on February 18 (no way a mere formality of a fight; remember Granados’ big upset win over “next big thing” Amir Imam in late 2015?)

“It’s going to be an enormous year for me and I’m at a much more positive, great stage and on a real good path now,” Broner said to Sky Sports. “My fight is on February 18, but before that, two of my fighters, Rau’shee Warren and Robert Easter Junior are fighting on February 10 and defending world titles so big things are going on. I would love to fight Ricky Burns and most definitely you could get me to the UK. Make my numbers right and we will have one hell of a fight.”

Broner would certainly make plenty of noise in the UK, as he does everywhere he fights, and it would be a big deal having him fight in the country. Burns would of course have every single fight fan in the country rooting for him to shut Broner up, and it would likely be a very good fight – Burns of course has never been stopped and is back a world champion again today having rejuvenated his career at top level last year.

Burns, the WBA super-lightweight ruler, will become a unified 140-pound champ if he can get past IBF champ Julius Indongo in April. That of course would make any Burns-Broner showdown that much bigger.