Tyson doesn’t understand why Mayweather chose to fight a cruiserweight-sized guy like Logan rather than someone around his weight at 155-lbs.

Iron Mike feels that Mayweather should have insisted on having Logan lose more weight to weaken him a little rather than using 190 as the cut-off.

Logan had to drop nine pounds from the 199 he weighed in for his fight against KSI to face Mayweather. Floyd also should have used more movement against Logan, says Tyson.

“I think Floyd should keep on trying. I don’t think he should fight a cruiserweight,” said Mike Tyson in reaching to Mayweather’s fight against Logan Paul.

“I think he should continue fighting guys his own weight. What the f*** is he doing?

“Fight Pacquiao again and keep in shape. He should have had Paul lose a lot of weight. It was harder than Floyd anticipated, I believe,” said Tyson.

The reason why Mayweather chose Logan Paul is because of his huge social media following. This was Mayweather’s best chance of making a lot of money without getting hurt. Mike Tyson doesn’t seem to understand how popular Logan Paul is on YouTube.

He has over 20 million subscribers, and many of them were willing to pay $49.99 to see him fight Mayweather last Sunday. No one in boxing has that many followers on Twitter or Instagram.

It’s not that the 44-year-old Mayweather couldn’t make the fight if he wanted to, as Pacquiao would readily agree to a rematch. The real problem is Mayweather has aged too much for him to be competitive with Pacquiao.

If Mayweather were to fight Pacquiao, he’s likely to get knocked out or badly beaten up. Mayweather’s corner would need to pull the plug to keep him from being knocked out clinically by Pacquiao, and I think he knows that.

“Was he [Mayweather] boxing a cruiserweight?” Tyson said about Floyd’s fight with Logan. “How did he train for this?

“I believe when he [Logan] was hitting him, he was hurting him a little bit because he’s not a 160-lb guy.

“I think he’d make more money if he fought Pacquiao again. I’m trying to get Logan Paul to fight Badou Jack. I want to see what he says about that fight,” said Tyson.

No way is Logan Paul going to fight the 37-year-old former two-division world champion, Badou Jack. There’s no money in that fight because Badou isn’t popular.

So, Logan would be doing Badou a huge favor by fighting him, and he would come along for the ride, bringing his small fan base. It would be a dumb idea for Logan to waste his time fighting a non-popular guy like Jack. 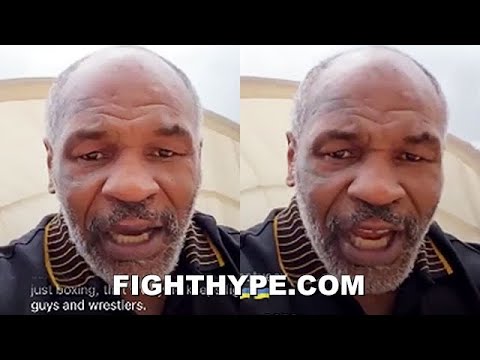