Trainer Malik Scott says the Deontay Wilder vs. Anthony Joshua “super fight” remains out there for the two of them … read more “Wilder vs. Joshua = still a SUPER fight says Malik Scott”

Once again guests on 78Sports TV, Deontay Wilder and his foe turned trainer Malik Scott had plenty of stuff to … read more “Malik Scott On Fury-Wilder III: Tyson Fury Will Not Make It Out Of Five Rounds” 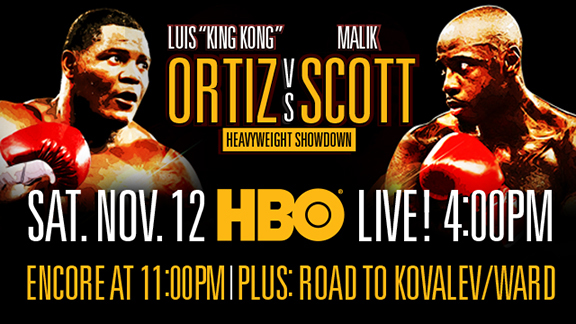 Cuban heavyweight contender Luis Ortiz, by his own admission, and that of his promoter, was dissatisfied with the decision victory he pounded out over Malik Scott last night in Monaco. Ortiz, who won via lopsided scores on the three cards, blamed Scott’s negative tactics for the dull encounter. Ortiz wanted a showcase in his Matchroom debut but it failed to materialise.

Fans are split now on whether or not the powerful southpaw is as good as it once appeared. Any fighter can have a less than spectacular night, and Scott was less than willing to go to war, but is Ortiz the big threat to the likes of Deontay Wilder (who of course crushed Scott inside a single round a few years back in a non-title fight) and Anthony Joshua that many felt he was? Is age catching up with Ortiz who, at 37, is no spring chicken?