Tyson Fury says Deontay Wilder’s new trainer Malik Scott is a loser just like him, and he’s not going to improve his game enough to change the outcome in their rematch on July 24th.

Wilder is happy to be getting his arbitrator-ordered rematch with WBC champ Fury because the big Brit attempted to walk away from their contract, which was a no-no.

Now, Fury is bitter about it because he missed out on a huge $100 million payday against Anthony Joshua that was being planned for August 14th. That’s a lot of money to lose out on for Fury, and it could be even more if he gets beaten by Wilder.

“An excuse-maker, a guy who couldn’t face the reality that he lost,” said Tyson Fury to ESPN when asked what he thinks about when he hears Wilder’s name. “So that’s what comes to mind, a letdown, a disappointment.

“As a warrior, he lost a lot of admiration and respect as a fighter. But as a human, I expected it from him.

“Much the same, but I expect to get him out of there quite quickly this time and walk right through him,” said Fury.

Wilder actually believes that Fury cheated him, so you can’t blame him if that’s what he thinks. But the excuses that Wilder had last time won’t hold water if he loses to Fury again and if his gloves check out to be fine.

“Nothing, it gets him run over quicker,” said Fury when asked what it does for Wilder to have a new coach in Malik Scott in his corner.

“Malik Scott is a notified loser, and Deontay Wilder is a loser too. So you got a loser training a loser. It doesn’t make for a good recipe, to be fair. I had Malik Scott in training camp in Holland, and he lasted one day before starting to make excuses,” said Fury.

Malik will help Wilder more than Fury wants to admit because we already see a lot of improvement in his footwork. But you wouldn’t expect Fury to be complimentary of Wilder and his new trainer. Fury is too busy playing mind games.

“The fight with Joshua was supposed to happen,” said Fury. “I was told that we didn’t have any problems, but it turned out that we did. Here we are going over old ground [against Wilder]. I can’t do anything about it.

“No, never,” said Fury when asked if he ever offered Wilder a step aside. “I would never give Wilder any money because I pay Deontay Wilder with fists in his face. 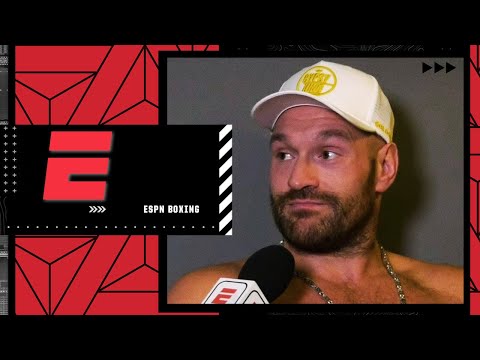 If Wilder knocks Fury out, he’s going to look bad for not paying him a step aside.

“How is the layoff going to affect you as a fighter,” said Taylor about Wilder being off a year and a half.

“I didn’t learn anything that I didn’t already know,” said Fury when asked what he learned from his second fight with Wilder last year. I studied him, and I knew all his moves.

Wilder will be different in this fight, and it’ll be up to Fury to try and adapt to his new style. If he fails, Wilder will win.

“Someone is getting knocked out. It’s either him or me,” said Fury about his fight with Wilder.