By Bill Phanco: WBA/WBC super middleweight champion Andre Ward (26-0, 14 KO’s) will reportedly require shoulder surgery on his right shoulder to fix a problem that occurred in late November while sparring to get ready for his fight with Kelly Pavlik.

It was originally thought that Ward’s injured shoulder would heal with rest, but unfortunately it’s not healing the way they thought it would and he’ll need surgery. Ward’s scheduled fight with Pavlik on February 23rd has been cancelled, and Pavlik’s manager Cameron Dunkin is reportedly looking in another direction. Steve Kim is reporting that Pavlik could face former IBF super middleweight champion Lucian Bute in March, although nothing was said about that from ESPN.

Pavlik should consider this a good thing that his fight with Ward is off, because he really didn’t have much of a chance to win the fight. It would have been bad for him unless he were to come up with a knockout to somehow negate Ward’s superior skills.

By Steve Mabbott: WBA/WBC super middleweight champion Andre Ward injured his right shoulder while working out to get ready for his now cancelled January 26th clash against former WBC/WBO middleweight champion Kelly Pavlik. The good news is that the 28-year-old Ward didn’t suffer any tears of his shoulder and won’t need surgery.

There’s little doubt that Ward will take care of the slow moving, slow punching Pavlik without any problems just as Bernard Hopkins and Sergio Martinez did. Ward wants to fight Froch again to shut him up, and prove that his win over him last December in the Super Six tournament finals wasn’t just a fluke thing. Oddly enough, two of the judges scored it a close fight by the scores of 115-113, and this has given Froch the belief that he almost beat Ward.

Froch says he knows how to beat Ward now, and wants to get him over to Europe to face him in his home city of Nottingham. Ward is amused by this, and he hasn’t said no to the idea. 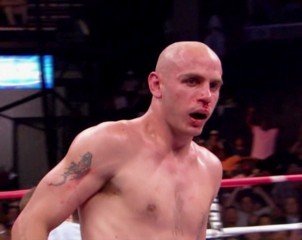 Robert Jackson – It was recently announced that Kelly Pavlik will be facing Andre Ward on January 26, 2013. Good fight for the fans, not so good a fight for Pavlik in this writer’s opinion. Pavlik from Youngstown Ohio – now fighting out of Robert Garcia’s fight academy in Oxnard California, best wins were against stationary, come forwards type fighters, who were there to be hit by Pavlik’s power shots.

Pavlik’s losses came against ring technicians who employed angles and movement to avoid being hit by Pavlik and then countered well. Losing to Bernard Hopkins who mugged, and outhustled Pavlik could be the fight that his January 26th fight may end up looking like tactically and outcome wise. Ward does everything Hopkins does better and with youthful vigor. In Ward’s last fight he even showed power by putting Chad Dawson down 3 times during that fight, even though Dawson’s weight loss played a part.

Although the superb match-up would be one of the more fan friendly pairings that could possibly be made in the talent enriched division, the Youngstown, Ohio native stated through numerous media sources that Edwin isn’t an accomplished enough fighter to make a truly meaningful fight at this stage in his career.

The Dominican born puncher had much to say about Kelly’s public commentary on the October 9th edition of “The Pugilist KOrner”.

“In a recent interview I read, Kelly Pavlik stated that I was horrible and that he would rather watch paint dry than watch one of my fights,” stated Edwin Rodriguez. “He also stated that there wasn’t enough money in a fight with me at this time.”

After headlining HBO Boxing After Dark and closing the show with a resounding bang, “La Bomba” found great folly and hypocrisy in Kelly’s response.