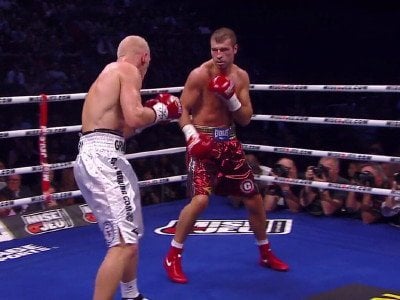 Unfortunately, Bute did the worst possible thing you can do against Froch and that was to back up to the ropes and try to fight him from that position. Froch then was able to give Bute a terrible beating on the ropes until the fight was stopped in the 5th.

Bute did win his last fight against Denis Grachev last November, but he showed little improvement from the Froch fight. Bute made the same mistakes that he made in the Froch fight, except that in this case Grachev didn’t have the talent to take advantage of them like Froch did.

Pavlik has won his last four fights and he’s fighting as well as he ever has. He needs to step it up against Bute or someone along the same lines so that he can find out whether he has the talent to succeed at 168. Few boxing fans see Palik going anywhere in this division, but it’s possible if he can go after the WBO champion Arthur Abraham.