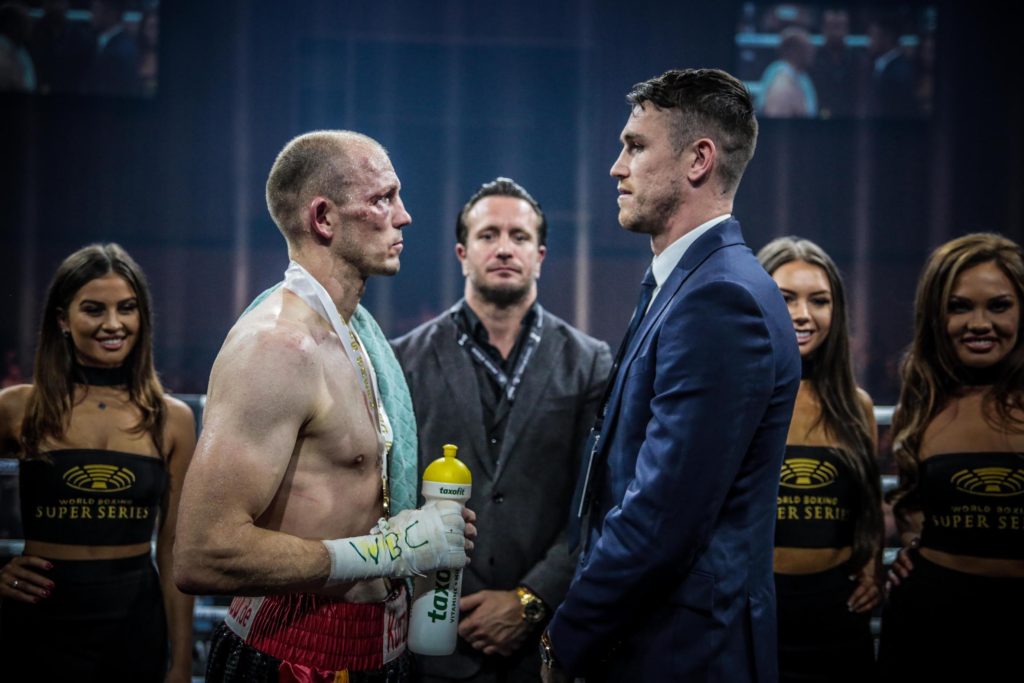 Smith: I am expecting a tough night in Nuremberg

Callum Smith (23-0, 17 KOs) is expecting the best version of Juergen Braehmer (49-3, 35 KOs) before their Ali Trophy semi-final clash in the super middleweight edition of the World Boxing Super Series February 24 at the Arena Nürnberger Versicherung.

Juergen Braehmer (48-3, 35 KOs) and Robert Brant (22-0, 15 KOs) meet in the ring on Friday October 27 when the World Boxing Super Series’ super middleweight division and the quest for the Ali Trophy illuminate the Kongresshalle in Schwerin, Germany.

“I am very glad the World Boxing Super Series can announce a date and venue for my quarter-final against Rob Brant,” said 38 year-old Braehmer.

Not in the case of Jurgen Braehmer it seems…

After 6 hard fought rounds against Nathan Cleverly last night, it was all over on the stool for Braehmer who told his team he couldn’t continue. The “reason” was apparently a dislocated elbow, however there hadn’t been any signs of discomfort leading up to that, in fact several times during those 6 rounds, Cleverly looked like the man in trouble, not Braehmer.

The fight will top the “Night of Champions” tournament card in Monaco which features boxers from around the world – China, Venezuela, Kazakhstan, Russia, Japan, France, South Africa, Germany and the United Kingdom – being represented 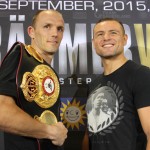 Juergen Braehmer (46-2, 34 KOs) insists he is in peak physical condition ahead of his WBA World Light Heavyweight title defence against Konni Konrad (21-1-1, 11 KOs) on Saturday, September 5 at the EnergieVerbund Arena in Dresden, Germany.

At today’s pre-fight press conference, the evergreen champion revealed his pleasure at a perfect training camp heading in to his fifth successive world title defence.

‘’Before my last fight with Krasniqi, I was sick with the flu,’’ said the 36 year-old southpaw. ‘’But this time, I‘ve had no handicap. My training has gone exactly as planned. I feel stronger than ever and ready to deliver a devastating performance in Dresden!’’

While he may now be 36 years old, Germany’s WBA (reg) light-heavyweight champion Juergen Braehmer (46-2, 34ko), has stated that if he gets past German-based Montenegran challenger Konni Konrad (22-1-1, 11ko) this weekend, then he wants to seek out a big unification fight with dominant Russian danger man Sergey Kovalev, OR Canadian lineal champion Adonis Stevenson – at least, that’s the word from German promotional heavyweights Sauerland Event, who look after the veteran southpaw.

Relative unknown Konrad – a 30 year old who has never boxed anybody of note – on paper presents a minor obstacle to the former WBO champion, who has often been criticized for holding his titles hostage in Germany without seeking foreign challenges. It seems that now however, in the twilight of his career, that is about to change for the former delinquent, who is at last seeking those big divisional fights. 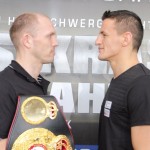