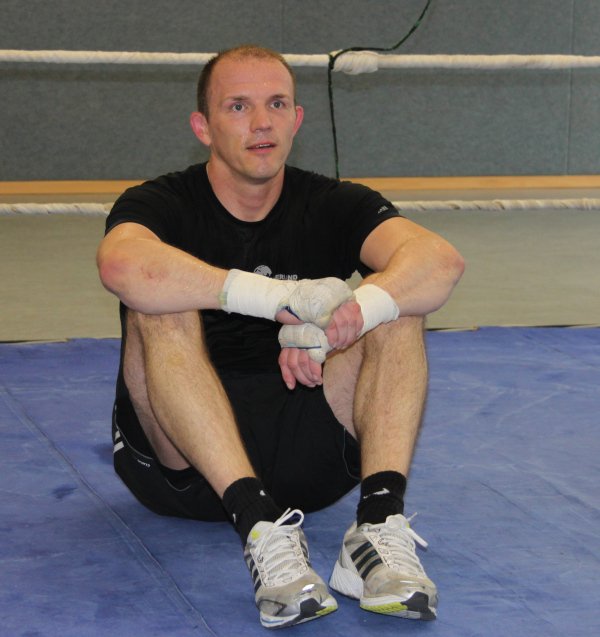 The reigning champion returns to Rostock for the first time since an ill-fated challenge for the WBA crown in 2008. With this defeat still fresh in his mind, Braehmer is adamant that history will not repeat itself when he faces Maccarinelli.

Q: Mr. Braehmer, what comes to your mind when you think of boxing in Rostock?

JB: That you should only step into the ring when you are fit to fight.

Q: Is this answer related to your missed world title opportunity in 2008?

JB: Yes it is, back then I got roped into the fight by my former management and promoter despite being ill and therefore not in a fit state to compete. The rest is history – history that will not repeat itself. I have sworn this to myself.

Q: You will return to Rostock on April 5 as the defending champion. Is there a difference between defending a title and challenging for it?

JB: When you are the champion you do not have to wait in the ring as long as your opponent for the first bell to ring. Other than that I do not see any real difference, whether it be in the preparation or during the bout. You are fighting for the championship of the world. The man with the biggest heart will win, simple as that.

Q: Your coach Karsten Roewer must have had a lot to do with you recent success. Has he prepared you for the challenge that Maccarinelli will bring to the table?

JB: Definitely! Working with Karsten is fun and he has got me back to the top. He often says the right things in between rounds and sees things that I might not notice in the heat of the battle. We really have a great chemistry. But please do not sit him beside me when I am driving, as he is a terrible back-seat driver – I would rather walk.

Q: Your opponent has said that sparring with the legendary Joe Calzaghe makes him know more about southpaws than anyone else. Does that worry you?

JB: Absolutely – not! When was the last time he sparred Calzaghe – a decade ago? And even if he knows him inside out, it will not help against me. I may be a southpaw but my style is totally different to his famous compatriot. He will find this out sooner rather than later.

Q: What do you see as your key to victory over Maccarinelli on April 5?

JB: I think my ability to adapt and the variety of my attacks will be the deciding factor. It will not only be my selection of punches that does the damage but also their power. Maccarinelli is a former cruiserweight, who has had to come down 25 pounds in weight. I do not see him as a natural light heavyweight and I am known for being a pretty good body puncher, so I believe I am going to wear him down.

Q: Your 35 years old – is retirement already on your mind?

JB: Certainly not! Just look at the other world champions in my weight class – in comparison to them I am a spring chicken. Hopkins is going to turn 50 and Stevenson is 36. Only Kovalev is younger than me. As long as I am feeling at the top of my game, I will keep on doing what I am doing, and that is defending my belt.

There are still a limited number of tickets available for this show via www.eventim.de.