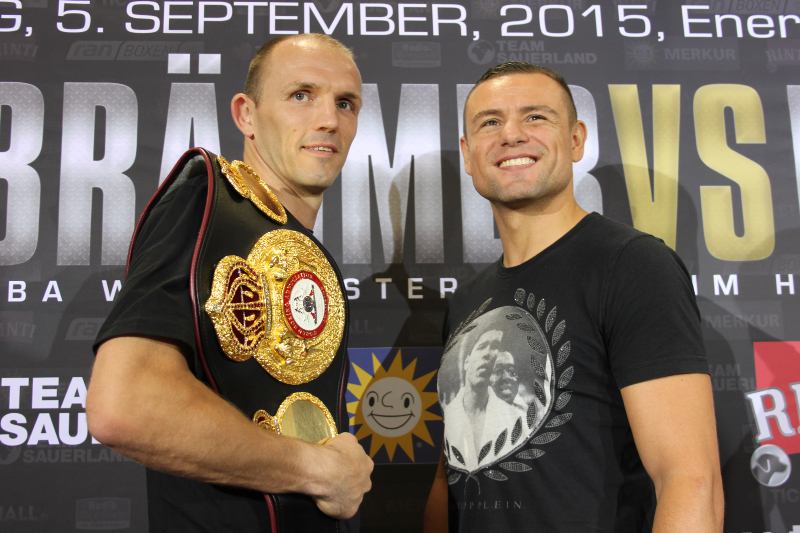 While he may now be 36 years old, Germany’s WBA (reg) light-heavyweight champion Juergen Braehmer (46-2, 34ko), has stated that if he gets past German-based Montenegran challenger Konni Konrad (22-1-1, 11ko) this weekend, then he wants to seek out a big unification fight with dominant Russian danger man Sergey Kovalev, OR Canadian lineal champion Adonis Stevenson – at least, that’s the word from German promotional heavyweights Sauerland Event, who look after the veteran southpaw.

Relative unknown Konrad – a 30 year old who has never boxed anybody of note – on paper presents a minor obstacle to the former WBO champion, who has often been criticized for holding his titles hostage in Germany without seeking foreign challenges. It seems that now however, in the twilight of his career, that is about to change for the former delinquent, who is at last seeking those big divisional fights.

“At the moment, we are discussing the possibility of a fight with WBC champion Adonis Stevenson of Canada, as the unification of titles is a priority for us,” said Braehmer’s promoter Kalle Sauerland.

However, if you want to make real international noise, especially in the light-heavyweight division at the moment, then Russia’s Sergey Kovalev is the fight you need -in America where he is now mostly based – and team Braehmer are fully aware of this, knowing that Kovalev is set to fight a “homecoming” in Russia on Thanksgiving weekend against an as yet TBA opponent – which, for the moment, rules them out.

“In November, a fight with Kovalev will not happen. However, we certainly would like to organise this fight,” Sauerland added.

However sensible that is remains to be seen. And it also seems highly unlikely in all honesty. Braehmer seems more than content to close his career out in Germany, and unlike former middleweight & current 168lb boss Arthur Abraham, has never sought to expand his international reputation, as Abraham did with the Super Six tournament.

At 36 years old and counting – he is 37 in October – a fight with the big-hitting Kovalev seems a tall order.

A fight with Stevenson, under the banner of Al Haymon’s PBC, seems a more likely – and winnable option – for the German brawler, and could also happen at the end of the year if Stevenson gets past his September 11th defence against limited fringe contender Tommy Karpency in Canada.