Skip to content
After coming close to world championship glory in 2014, Gary Russell Jr. (26-1, 15 KOs), a former United States amateur standout, delivered on his promise in impressive fashion Saturday night, knocking out defending champion Jhonny Gonzalez (57-9, 48 KOs), of Mexico City, in the fourth round in the main event of a SHOWTIME CHAMPIONSHIP BOXING doubleheader promoted by DiBella Entertainment at The Pearl Theater at Palms Casino Resort. 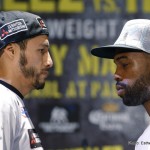 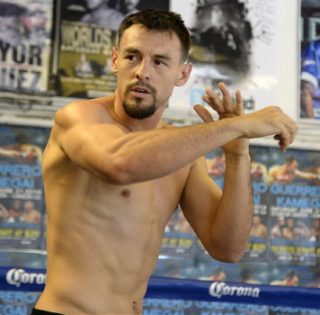 The pair are two of the hottest talents in the 126-pound division, having enjoyed glittering amateur careers, with both men now competing to capture their first world title when they do battle this Saturday night, live and exclusive on BoxNation.

Russell traveled to California with his father and trainer Gary Russell, Sr., and three younger brothers, Gary Allan III, Gary Antonio and Gary Antuanne for his first title shot on Saturday at the StubHub Center in Carson, Calif., and live on SHOWTIME CHAMPIONSHIP BOXING. The Russells recently made history by becoming the first set of four brothers to win National Golden Gloves titles and his three younger siblings will be ringside on Saturday as Gary Jr. competes for a world championship.

As March Maddness begins, the Sport Swami has some brackets to fill out and some picks to make. But before he does that he has some boxing, MMA and mainstream guests to bring on to make their own selections. Its all this plus much more on two hours of action on Wavlite.com presents; LAST CALL on http://www.cyberstationusa.com/. This week’s guests include;