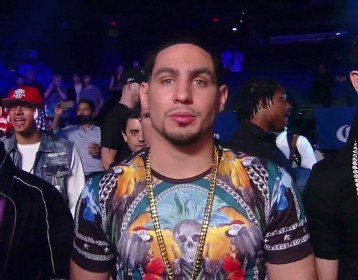 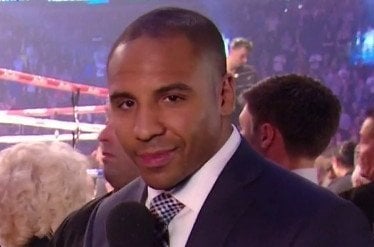 Ward said to HBO: “At this point in my career I’m open to any fight that makes sense. A rematch makes sense. I don’t know if it’s going to be in the UK or the United States, but Froch’s promoter needs to show how bad he wants it. He [Froch] has a big fan base here, but he has to understand that I don’t have to come here. If I come here it’s because I want to reward the UK fans. He’s come off two big wins over Lucian Bute and Mikkel Kessler.

Undefeated George Groves staked his claim to the winner of tonight’s fight between Carl Froch and Mikkel Kessler by destroying #11 WBC super middleweight contender Noe Gonzalez by an impressive 5th round TKO. Groves landed a booming right hand to knock Gonzalez out. Miguel Cotto (37-4, 30 KO’s) is still trying to decide whether he’ll be fighting on September 28th or another date this year for his next fight, according to RingTV. Golden Boy Promotions booked the Barclays Center in Brooklyn, New York for September 28th, hoping that Cotto will choose to fight on that date, but he’s still undecided.

Golden Boy Promotions CEO Richard Schaefer said to RingTV “Miguel hasn’t decided I he is going to fight on that date [September 28th] or before or after. We’re working on that option.” (Photo credit: Naoki Fakuda) Bernard Hopkins was very impressed with the power that he saw from WBC interim light welterweight champion Lucas Matthysse (34-2, 32 KO’s) in his 3rd round TKO win over Lamont Peterson (31-2-1, 16 KO’s) last night. Hopkins compared Matthysse’s power to that of a heavyweight due to his three knockdowns of the normally strong-chinned Peterson.

Hopkins said after the fight “I’ve never seen a light welterweight punch like a heavyweight. I’m very impressed. This is the real deal. There’s a lot of people worried at 140. They’re not sleeping good tonight.”

One of those people in the 140 lb. division who may not be sleeping well now is WBA/WBC light welterweight champion Danny Garcia because he’s going to have to fight Matthysse in September in Washington, DC, unless Garcia chooses to duck the fight and let the World Boxing Council strip him of his title for failing to fight his mandatory challenger for ages. (Photo credit: Naoki Fakuda) Lucas Matthysse wants to face WBA/WBC light welterweight champion Danny Garcia (26-0, 16 KO’s) next on September 7th, and he’s hoping that Garcia doesn’t continue to duck the fight because he wants to get it over with by beating him and taking his two world titles.

Matthysse isn’t impressed with Garcia’s hand speed or his defensive ability, and he feels it’s going to be easy to land his big shots on him and get out of the way of his slow return shots.

Matthysse said “I hope the fight happens, but he’s a slow fighter. He’s slow and wide open. I know I’ll win that fight as well.” (Photo credit: Naoki Fakuda) IBF light welterweight champion Lamont Peterson (31-2-1, 16 KO’s) tried to explain away his 3rd round TKO loss last night to Lucas Matthysse (34-2, 32 KO’s), saying that he had got angry after Matthysse nailed him in the back of the head with a rabbit punch in a clinch during the 2nd round.

That shot caused Peterson to get out of his game plan and start slugging with Matthysse instead of boxing him like he’d done in the 1st round with good success.

Peterson said after the fight “The game plan was to keep boxing. Sometime in the 2nd round, he hit me in the back of the head. I got a little upset. I started to get a little more reckless and I wanted to bang. I could feel the fight heating up, and I kind of abandoned the game plan a little bit and I paid for that.” Earlier tonight, Matthysse obliterated Lamont Peterson in a 3rd round TKO at the Boardwalk Hall in Atlantic City, New Jersey in a three knockdown performance by Matthysse.

Malignaggi said “Lamont Peterson came out actually trying to box. I thought he had a pretty successful 1st round, but once Matthysse stepped up the pace, stepped up the pressure, started roughing him up in clinches, it became much more difficult for Peterson to deal with. This guy Matthysse has not just power; it’s scary power.