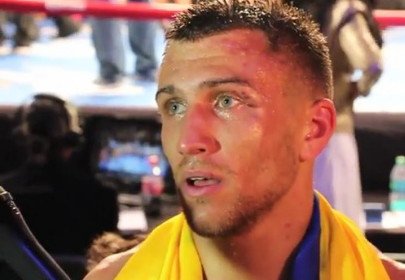 Easily the best options for Lomachenko to fight is super bantamweight Guillermo Rigondeaux and WBO super featherweight champion Mikey Garcia. Rigondeaux is a two-time Olympic gold medalist from Cuba with even better counter punching skills than Lomachenko and a far superior body puncher. However, Rigondeaux already took down one of Top Rank’s stars by beating Nonito Donaire with ease last year, and there’s been no attempt by Top Rank to let Donaire attempt to redeem himself.

Rigondeaux is reportedly finishing up his contract with Top Rank with his fight next month on July 19th against Sod Kokietgym (63-2-1, 28 KO’s) on July 19th at the Cotai Arena, Venetian Resort, Macao, Macao S.A.R., China. The question is would Top Rank let Rigondeaux fight Lomachenko and potentially beat another one of their stars? My guess is no.

Rigondeaux would take advantage of Lomachenko’s low punch output to defeat him and make him look bad in the process. Lomachenko is basically just a pot shot fighter, and Rigondeaux is far superior at that type of game. No way will Top Rank let Rigondeaux, a fighter without a huge fan base in the U.S, beat another one of their stars. You can bet that Lomachenko will never be matched against Rigondeaux unless the Cuban fighter ages to the point where he loses his skills.

The other guy that would make for a good opponent for Lomachenko is Mikey Garcia. He has fast hands, he’s tall and a huge puncher. It’s not likely that Lomachenko will be matched against him because he can potentially outbox Lomachenko or even knock him out with one of his big shots.

Lomachenko’s promoters at Top Rank may feel like there’s a lot of big fights for Lomachenko in the division, but in reality there isn’t at least terms of fighters that casual boxing fans have heard of. The best guys in the featherweight division are Nonito Donaire, Nicholas Walters, Jhonny Gonzalez, Evgeny Gradovich, and Abner Mares. You can probably eliminate Gonzalez and Mares from the list of potential opponents for Lomachenko in the division, because it’s doubtful those guys will ever face Lomachenko because they fight on Showtime. That leaves only Donaire, Walters and Gradovich. Those aren’t really great fights, because Gradovich is a clear step down for Lomachenko from Russell Jr, and Walters is tall guy that doesn’t throw a lot of punches. He would be way out of his class against Lomachenko. Besides that, U.S fans have no idea who Walters is, so a fight between him and Lomachenko wouldn’t interest a lot of the casual boxing fans.

Lomachenko is a good fighter, but as we saw in his loss to Orlando Salido, he doesn’t react well to pressure, he can’t fight going backwards, and he can be outworked. Lomachenko does well against tiny fighters without the talent to back him up, but he doesn’t have the urgency or the work rate to win his fights conclusively when they go to decision. In other words, he can be outpointed.