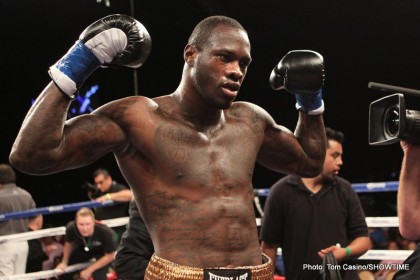 Having been up close and personal with Wilder as the two helped heavyweight king Wladimir Klitschko get ready to face Maruisz Wach a while back, Firtha might have picked up a few things about Wilder, and who knows, maybe a weakness or two?

Firtha, when in shape, can fight and we all know Wilder’s chin has yet to be tested. Maybe Firtha can hang in there long enough to land some leather on Wilder. Still, as lethal as he’s been looking – never having been taken past the 4th-round since turning pro in 2008 – Wilder is a considerable favourite to do to Firtha what he’s done to the likes of Audley Harrison, Liakhovich and all the other fighters he’s been in with.

It will be interesting to see Wilder taken onto the later half of a fight, but is Firtha the man to extend him? Maybe not, but I have a feeling this one will be fun while it lasts!