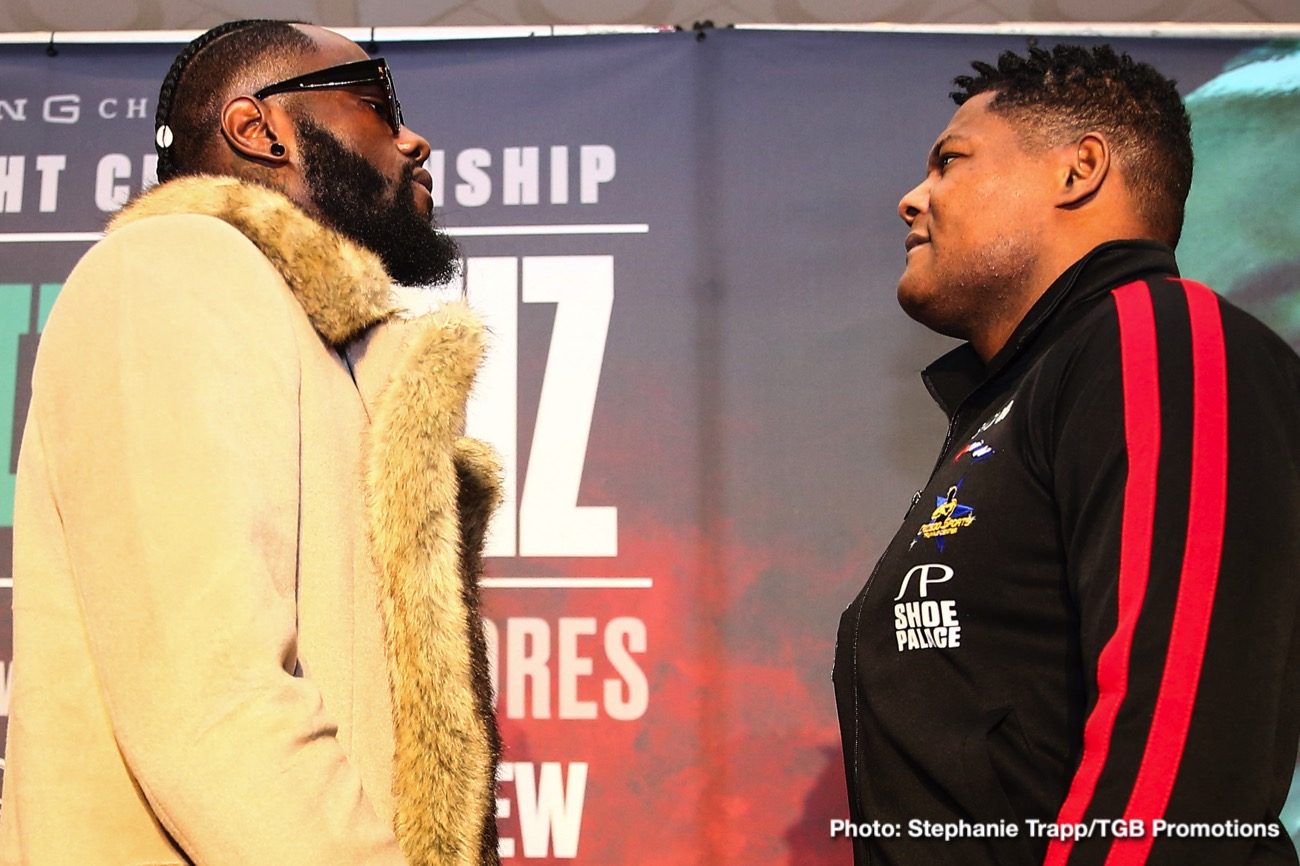 The two big-hitting big men have made their grand arrivals in Las Vegas, and now we fight fans are braced for the collision that is Deontay Wilder-Luis Ortiz II. Ask a fellow fan for a prediction, and chances are he or she will tell you one thing: that this fight will NO WAY go the distance. Someone is getting KO’d. Just as it was in the first fight between the “Bronze Bomber” and the Cuban “King Kong.”

But as we know, both men were hurt and hurt bad before Wilder closed the show in the tenth-round. Today, Wilder says the March 2018 was his toughest fight to date, that Ortiz is the toughest man he has faced. Why then, is Wilder taking a second fight with Ortiz, when he absolutely didn’t have to do so? And might the fact that he has granted the tricky and powerful southpaw a second shot at his WBC belt come back to burn Wilder?

Ortiz looks to be in far better physical condition than he showed up in for the first fight, and as we know, Ortiz, 31-1(26) never stopped calling for the rematch, so tortured was he by the loss of his unbeaten record (having “nightmares” about the loss as he said).

So has Wilder made one huge error in taking this fight: one that has far bigger risk attached to it compared to reward? It might be that Wilder, who was badly stung during a torrid seventh round with the Cuban lefty last year, was also stung by the criticism he received in some quarters for having had such a tough time of things with Ortiz. And it might be that Wilder badly wants to take Ortiz out in style in the return. Wilder is a fighter who ALWAYS wants a KO, the cleaner the better. Wilder’s pride forced him to take Saturday’s rematch, he needs to do it impressively, efficiently and without any excuses. He may well do it, we know Wilder is hitting that hard. But rest assured, Ortiz will be slinging leather himself, he has absolutely nothing to lose and he knows it.

If Wilder does come a cropper and loses, the big fall-out might be the loss of a Wilder-Andy Ruiz or Wilder-Anthony Joshua mega-fight unification. Might we also lose a Wilder-Tyson Fury II if Ortiz shakes things up in a big way on Saturday night? It might be tough for some to picture this scenario, after all, as hard as Wilder is punching (remember, some people felt Dominic Breazeale would stick around a while and possibly trouble Wilder) and as lethal as he has been in his one and only rematch (his quick destruction of Bermane Stiverne, who had previously held the distinction of going all 12 rounds with the Bronze Bomber), maybe there is no cause for concern.

Wilder, 41-0-1(40) has to be the pick to beat Ortiz again, and yet another quick KO win cannot be at all ruled, not even a first-round KO. But some people do feel there will be a number of rough patches for Wilder to overcome before he again pulls out a hard-fought stoppage win. Wilder will get the victory in Vegas but he won’t get the clean, hassle-free KO he so badly wants.