The Showtime Championship Boxing series is scheduled to deliver yet again another stacked fight card in the Home Depot Center in Carson, CA. Given their past fights and performances, the main event easily promises to deliver fireworks.

The co-main event fight between Alfredo Angulo and Erislandy Lara is another matchup that generates intrigue. Can “El Perro” Angulo find a way to use his punching power, along with the new skills acquired with a new trainer, to stop the slick Erislandy Lara? Or…will Erislandy Lara just be too slick, too quick for Angulo and deliver a boxing clinic?

Opening up the televised tripleheader is a match-up between up and coming fellow Houstonian Jermell Charlo against Philadelphia’s Demetrius Hopkins. The Charlo-Hopkins staredown was perhaps the most intense as both fighters ended up talking on each other’s faces. Although no scuffle broke out, the staredown set the tone for the fight: both are with the mission to eliminate one another.

Here are the respective weights and images from the fighters and supporting fans: 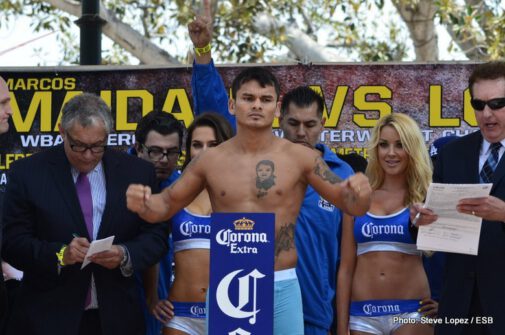 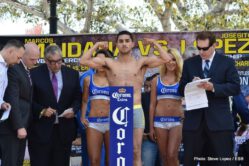 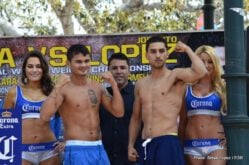 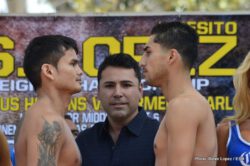 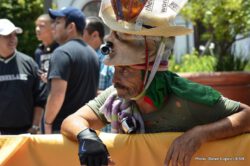 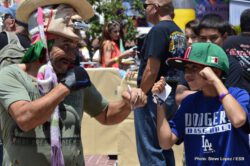 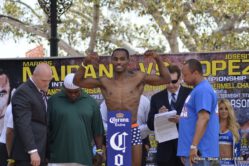 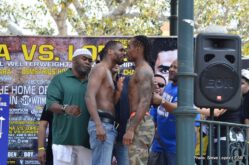 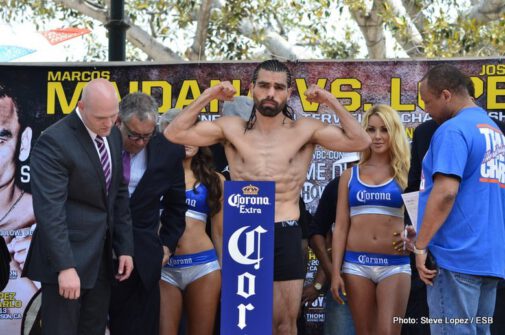 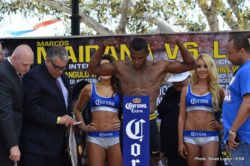 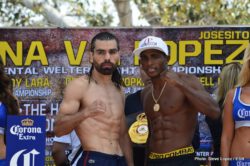 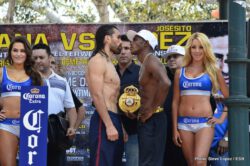 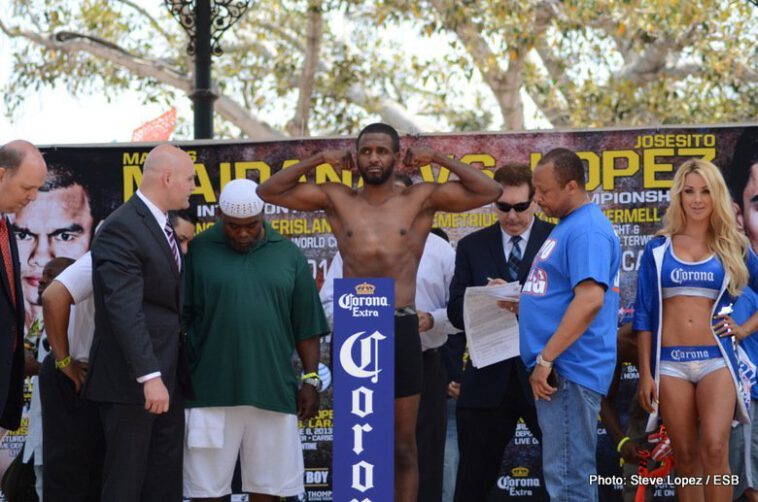