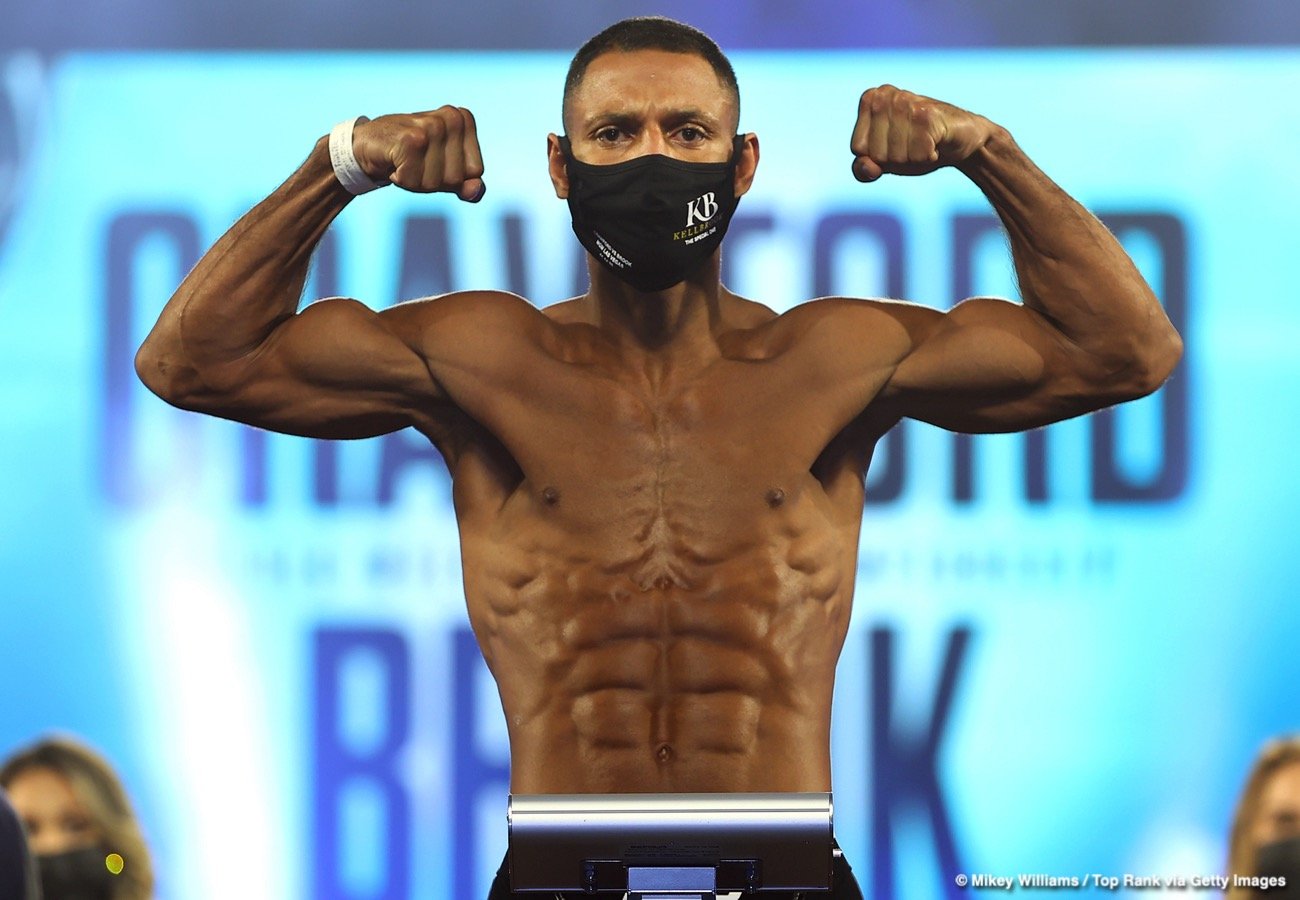 Oscar Valdez Vs. Miguel Berchelt Delivered As We All Knew It Would! 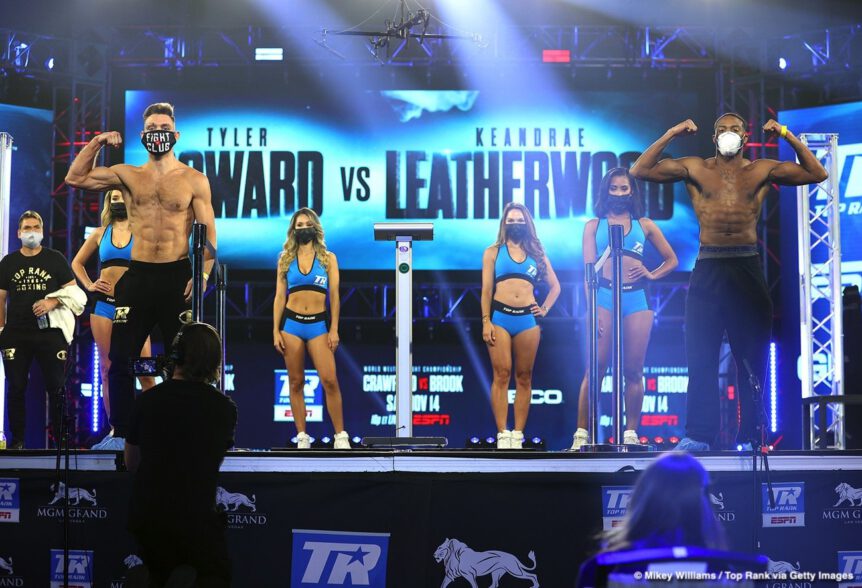 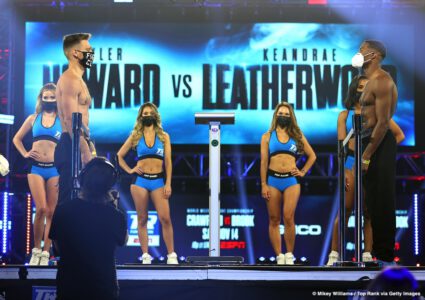 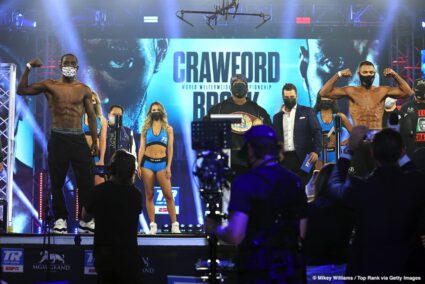 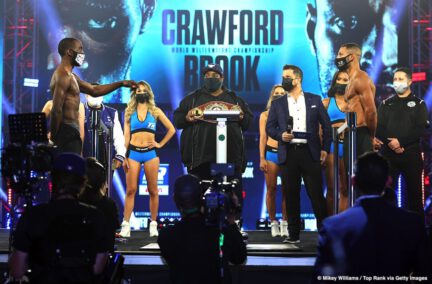 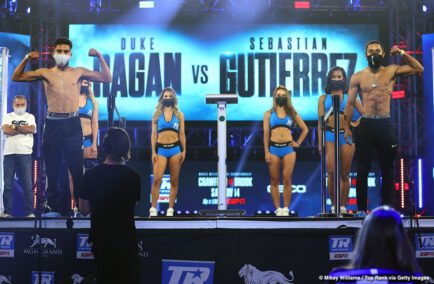 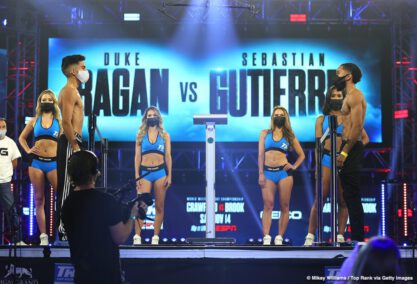 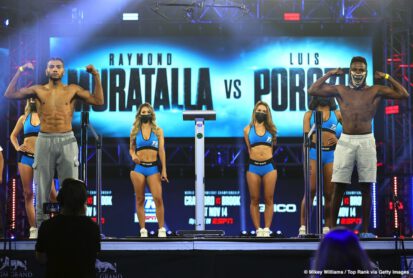 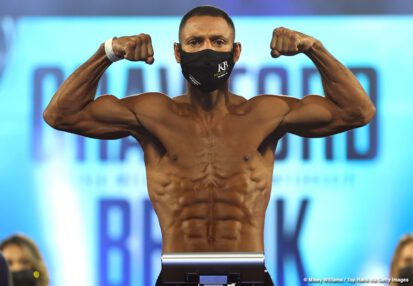 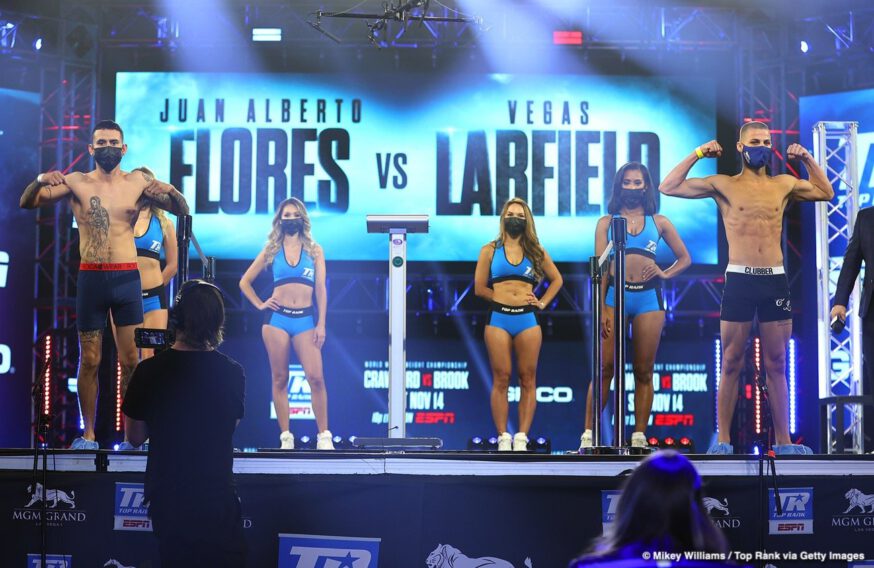 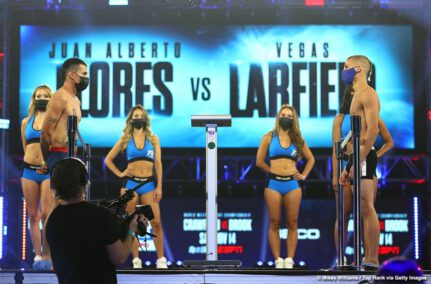 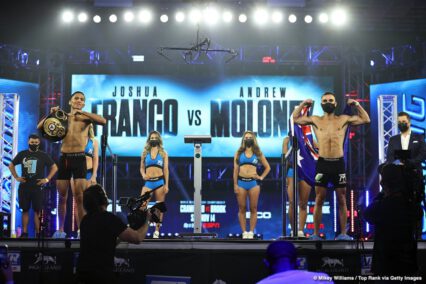 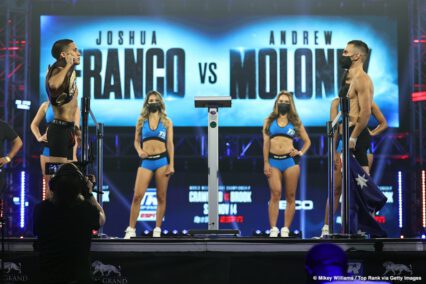 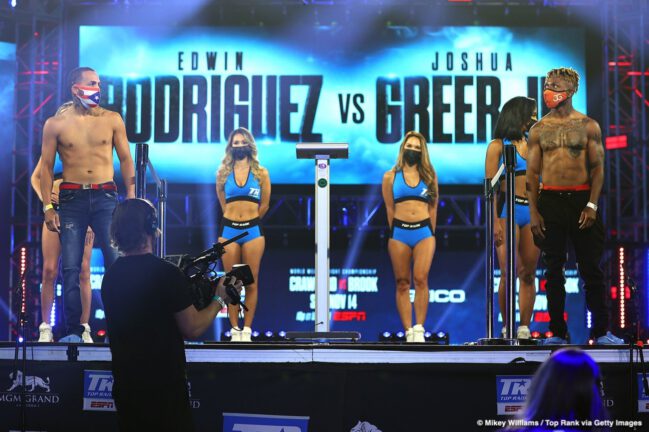 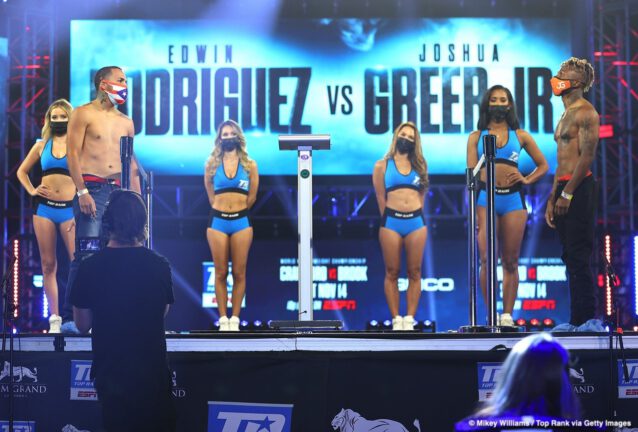 The knockout king of the MGM Grand Las Vegas Bubble, junior welterweight southpaw Elvis “The Dominican Kid” Rodriguez, hopes to put an exclamation point on his 2020 Prospect of the Year campaign.

The co-main event will showcase the WBA super flyweight world title rematch between champion Joshua “El Profesor” Franco and the man he defeated to win the title, Andrew “The Monster” Moloney.

Crawford-Brook, Franco-Moloney 2, and the return of Rodriguez will be broadcast live on ESPN and ESPN Deportes at 10 p.m. ET/7 p.m. PT, with undercard action to stream live on ESPN+ at 7 p.m. ET/4 p.m. PT.

“No prospect in boxing has shown more this year than Elvis Rodriguez, who keeps knocking out opponents in devastating fashion. It’s getting harder and harder to find people who will fight this kid,” said Top Rank chairman Bob Arum.

“With two world title fights, plus a bunch of our top young fighters in action, Nov. 14 is a stacked card from top to bottom.”

Rodriguez (10-0-1, 10 KOs) has won all five of his 2020 bouts by stoppage, including four knockouts in three rounds or less inside the MGM Grand Bubble since July 2.

He last fought Oct. 9 and knocked out veteran Cameron Krael in three rounds, only the second time Krael had been knocked out in 37 pro bouts. The Freddie Roach-trained Rodriguez has won eight in a row since an accidental headbutt-induced technical draw in his third pro bout.

“This is going to be my fifth fight in ‘The Bubble’ and my sixth of the year. I feel grateful for the opportunities Top Rank has given me and the great effort of my team to keep me fit and ready,” Rodriguez said. “I would like to be recognized as Prospect of the Year.

Representing the Dominican flag is a source of pride for me. I am committed to bringing a world title to my country.”

In undercard action on ESPN+:

Greer saw his 19-bout winning streak come to an end on June 16, when he was knocked down twice en route to a 10-round majority decision defeat to “Magic” Mike Plania. The Chicago native, who is still ranked in the top 10 by two of the major sanctioning organizations, hopes to return to form in his second Bubble appearance.

Rodriguez’s record belies his talent, as he is 3-1-1 in his last five bouts, all against previously undefeated foes. He last fought in August 2019, upsetting the then-unbeaten Saul Sanchez via 10-round split decision.

“Hercules” Howard, from Crossville, Tenn., returns after more than a year away from the ring. He is 4-0 with two knockouts since inking a promotional deal with Top Rank and is seeking his first stoppage since a one-round demolition of Isiah Seldon in November 2018.

Leatherwood is a 12-year pro who has fought former world champions, Andy Lee and Caleb Truax. He last boxed in December 2019 and was stopped by top prospect Christian Mbilli in eight rounds.

Muratalla, from Fontana, Calif., aims for his sixth consecutive knockout win and second inside The Bubble. The younger brother of unbeaten bantamweight prospect Gabriel Muratalla, he last fought Aug. 29 and knocked out Cesar Valenzuela in the seventh round.

Ragan, a former U.S. amateur star from Cincinnati, Ohio, made his professional debut Aug. 22 with a first-round knockout and followed that up with a decision victory over former UFC title challenger John Moraga on Oct. 3.