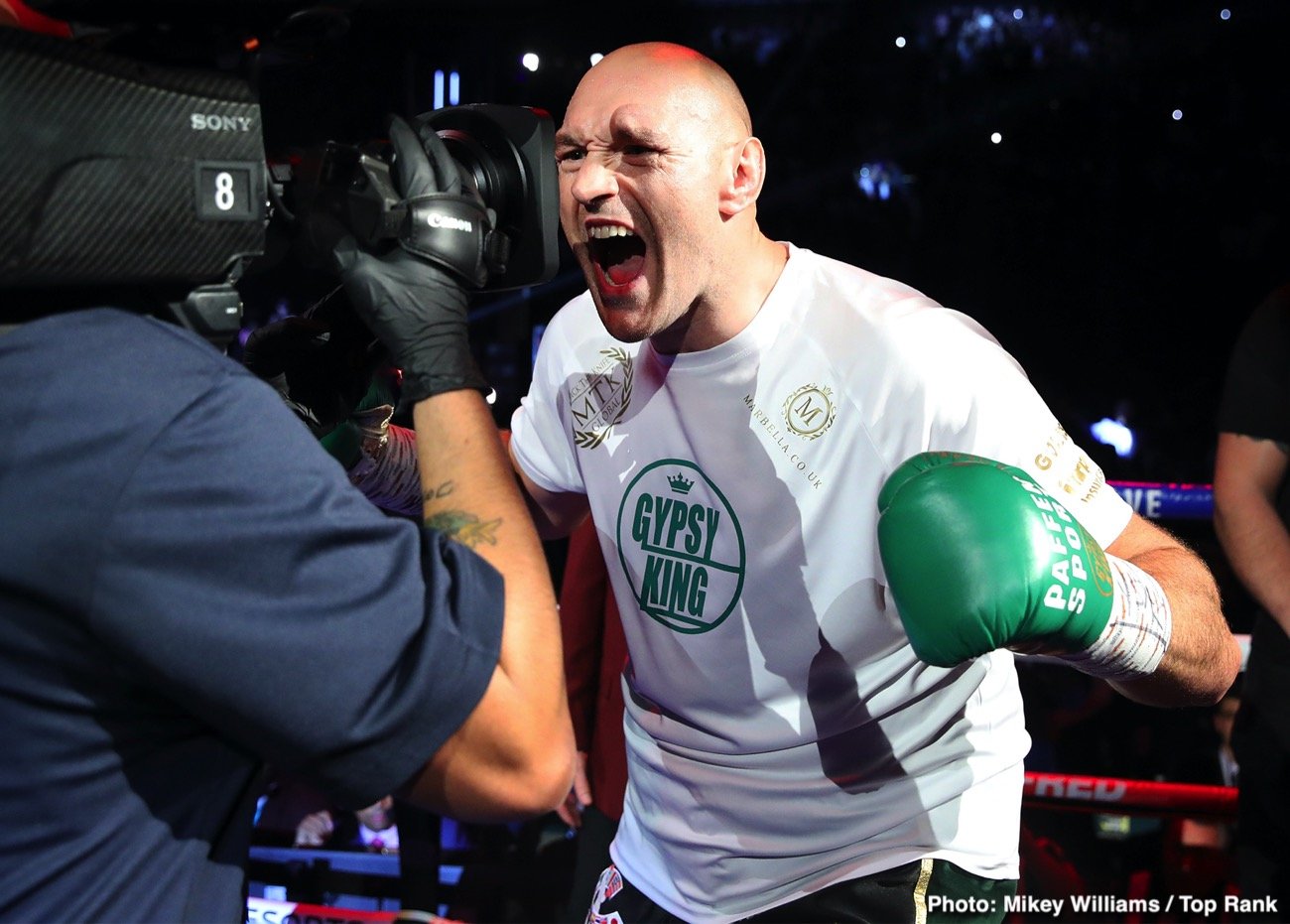 As soon as Eddie Hearn stated how rival British heavyweights Tyson Fury and Anthony Joshua had “financially agreed terms for a two-fight deal,” the internet was buzzing, as were the fans. Everyone got to talking, about quite a few things: When will the fight or fights take place? Where will the fight or fights take place? Will Fury Vs. Joshua be the biggest fight in British boxing history? Who will win?

Frank Warren, co-promoter of Fury, gave an answer to one of these questions: “It’s the biggest fight ever in British boxing. It doesn’t get bigger, and there will never be a bigger fight in our generation,” Warren said.

As Hearn has cautioned, there are “a number of obstacles to overcome” before the fight can get signed, sealed and delivered. There is Joshua Vs. Kubrat Pulev (a real banana skin of a fight for AJ in the opinion of some). There is Fury Vs. Deontay Wilder III (on paper another win for Fury, but no-one can ever, ever write off a man with Wilder’s punching power). And there is Dillian Whyte, who must get a shot at the WBC title by February of 2021.

But if/when all that lot can be dealt with, it should be on – it WILL be on (we have to be optimistic here). Joshua Vs. Fury – Fury Vs. Joshua (who is the A-side being another decent question). And it will be massive.

Some questions about the fight/fights:

Should it be held in the UK? A no-brainer, you’d think. Duh, yeah! Two British heavyweights, each owning the five world titles – lineal/WBC in the case of Fury, WBA/WBO/IBF for Joshua. Damn straight this fight goes down in the UK. Or will it? Money – big money – will talk. Hearn has already said how he has already received offers from various places wanting to host this mega-mega-match. The party, though, should be at home – and imagine the festival atmosphere in the streets of the UK, the fight going out live at around 10 PM. It would be joyous.

Let’s hope, this from a British fight fan, that this once-in-a-lifetime all-British heavyweight unification super-fight does take place on British soil. Don’t be too surprised if it doesn’t, though.

If Fury “smashes” Joshua, will Joshua want a second fight? Joshua knows he can come back from a defeat, a KO defeat, so, yeah, the fighting spirit he possesses will see to it that he gets back in there with Fury in an attempt at getting revenge. But will Fury beat Joshua? This is the biggest question: who wins the fight?

Fury might be looked at as the favorite, due in large part to his brutal hammering of the dangerous Wilder. Combine this with the stunning loss AJ suffered at the hands of Andy Ruiz (and some, Fury included, say Joshua looked “gun-shy” and “fought scared” in the rematch with The Destroyer), and it’s easy to see why Fury is the pick at this early, early stage.

A whole lot could happen before the fateful day, some time in 2021 when these two giants finally collide. Bet on it – a lot WILL change before then. Right now, we must all hope everything falls into the right place, and the fight (or fights) gets done and dusted.

Who isn’t excited about this one?