Teddy Atlas says he feels that Tyson Fury has NOT proven himself as a top 5 heavyweight of all time with the wins he’s accumulated during his 14-year professional career.

Like many fans, Atlas sees Fury as not having done enough during his career to show that he belongs among this group of heavyweight greats:

Atlas says if Fury (32-0-1, 23 KOs) were to stick around a little longer to beat Oleksandr Usyk to become the undisputed heavyweight, he would consider adding him to the top 5 heavyweight greats, but given that he’s chosen to hang up his gloves without taking that fight, he doesn’t make the cut.

Fury has already revealed that he’s going to be fighting UFC heavyweight Francis Ngannou next in an exhibition match. Atlas believes Fury could make $100 million for that fight, as the MMA fans will be all over the fight, and the boxing people will get excited about it as well.

Atlas gives Ngannou no shot of beating Fury because he doesn’t possess the experience to beat a fighter of his class in a boxing match.

“I don’t think you can put him in the top five of all time. Make him the best British heavyweight, no problem,” said Teddy Atlas on his Podcast when asked if Tyson Fury deserves to be rated as the #1 heavyweight of all time after his victory over Dillian Whyte last Saturday night.

“Yeah, Lennox Lewis was terrific, but he obviously wasn’t undefeated. I think Fury would succeed that [as the best British heavyweight of all time, but NOT a top-five all-time great].

“But to make him the best of all time, I’d say, no,” said Atlas about him not rating Fury as the best or even in the top five of all time. “I think we’re being overexuberant and intoxicated by the moment,” said Atlas. 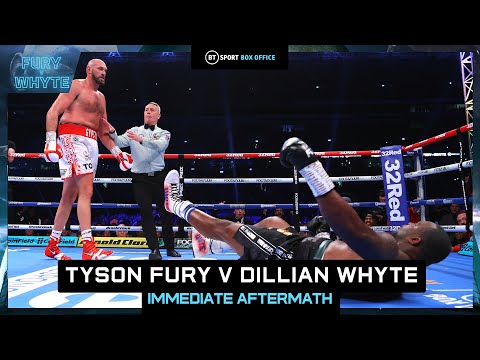